If you think back to the heyday of convertible cars, they were the boyhood dream of practically every young man and woman with a thirst for the wind in one’s hair. Indeed, no other vehicle offers quite the same kind of driving experience as a convertible, and you can enjoy an open-air country road trip as well as you can enjoy a starlit night with a special someone in a drop-top.

Often, however, boyhood dreams and the pressures of young manhood limit how many actually can get into a convertible. After all, there’s business to attend to, families that need raising, and convertibles aren’t always seen as the most practical cars on the market. That being said, ownership of a convertible is often postponed, if not as far as retirement, at least to mid-life crisis, and it isn’t odd in the least to see a graying mid-forties man trying to regain a bit of his youth in a convertible with the top down on a sunny summer day.

Additionally, with the introduction of panoramic roofs and the growing popularity of crossover sport utility vehicles, sales of convertibles have been slowly waning. In fact, convertibles only made up 0.7% of worldwide automobile sales last year, which makes us wonder, “Are convertible cars cool enough for the 21st Century?”

A Few Reasons a Convertible Might Fit Into Your Life

Some say that convertibles are too expensive, not only to buy, but also to maintain. Taking a look at our stock of used convertibles, however, there is nothing expensive about them. “But isn’t the convertible top expensive to replace?” some may say, which is entirely true. On the other hand, failure is hardly a common occurrence. Other than that, there are no more maintenance points on a convertible than there are on a sedan.

While some convertibles on the market sport four seats, not many of them sport four doors, which immediately calls into question their practicality, especially if you aren’t looking for a second car. For example, we couldn’t recommend trying to stuff a baby seat in the center rear seating position of a Lexus SC430, whose rear seat features just enough space for a slim suitcase. Similarly, neither the Honda S2000, nor the BMW Z3 feature a rear seat at all. Still, if you have no need for more than one passenger, what’s stopping you? 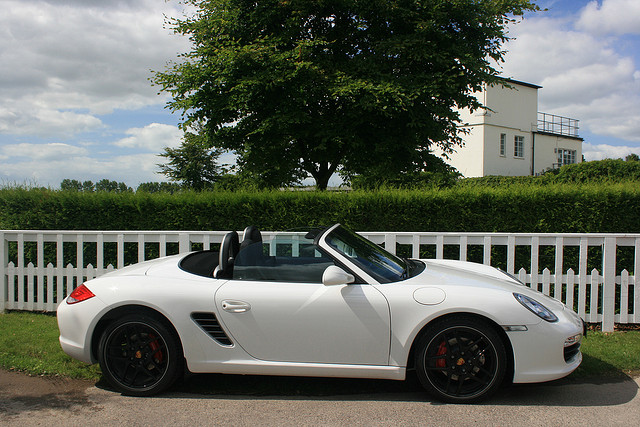 Convertible-newbies may balk and say, “but what if it rains, won’t I get soaked?” True, the open-air and unlimited headroom of a convertible may seem to invite the clouds, but it’s not really that big of a deal. A driver can get even a manual-operation convertible top up in less than a minute. Modern power-retractable hard tops can go up in as little as twenty seconds, and that at the push of a button! With the top up, convertible cars are just as weather-resistant as their sedan or coupe sisters, so there’s nothing to fear for your passengers or interior.

Some have pointed to convertibles and their lack of roof as a potential safety problem, especially in case of a rollover accident. True, the lack of a roof makes a roll-over slightly more dangerous, but the chances of a rollover crash are very slim. According to the United States National Highway Traffic Administration, for example, just 2.1% of all accidents resulted in a rollover, that is, out of over nine million accidents in 2010, about 190 thousand were rollover crashes. Thanks to the inherently lower center of gravity of coupes and convertibles, rollover crashes are slightly less likely than in higher vehicles, such as trucks and sport utility vehicles. If you are a safe driver, driving in a convertible is no more dangerous than the sedan or coupe the convertible is based on.

Tips for Enjoying Your Convertible

Driving around a convertible is a one-of-a-kind experience, but does come with its own set of rules for proper enjoyment. Most countries have laws requiring use of seat belts, and any right-thinking person should already be in the habit of wearing seat belts. This is the same, possibly even slightly more important, in a convertible car, an absolute necessity. No matter what kind of car you’re in, seat belts save lives, so there’s absolutely zero excuses for not wearing one, whether you are the driver or a passenger.

This ought to go without saying, but resist the urge to pull movie-stunts like standing up in a convertible at highway speed or switching from the front seat to the back seat. The Fast and the Furious was shot by stunt drivers and stunt doubles under highly-controlled conditions. As the credits state, “The stunts in this movie were performed by professional drivers on a closed course.” In other words, “Do not try this at home!”

Because a convertible is an open-air vehicle, certain things may skip our minds regarding loose items. In a sedan or coupe, gum wrappers or fast-food containers stay right there where you leave them, even if you put them in a trash bag. All that changes in a convertible. Aside from not wanting to litter, you also don’t want to be smacked in the head by an errant paper cup or napkin. Even those convenient car trash bags don’t do a very good job of holding trash if a cross-wind picks it up. Keep your car clean and trash free. Any trash that you happen to generate should be put in the glove box or disposed of in approved trash containers on the side of the road.

Some pets love a road trip. While a closed car might keep them contained, some open cars, such as convertibles and pickup trucks, may be too much temptation. If you travel with your pet, make sure their restrained by a kennel or pet seat belt.

Finally, in spite of the convertible top being easy to put up, you should put it up at the first sign of bad weather, not when you’ve already gotten into bad weather. Even a slight drizzle, which may not bother you with the top down, can change to a downpour in an instant, and can reduce your visibility to near zero. After all, you don’t have windshield wipers on your eyes! 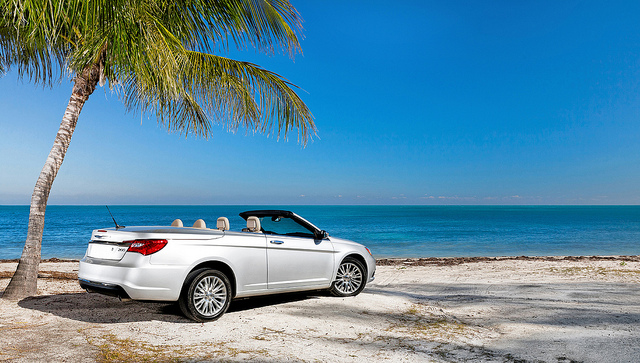 Keeping just a few of these things in mind can make convertible car ownership an enjoyable experience for everyone, as it was meant to be. True, convertible cars may seem to be past their glory days, but that doesn’t make them any less enjoyable to drive. To the question, “Are convertibles cool enough for the 21st Century,” we say “Yes!” Maybe your next car might be a convertible?