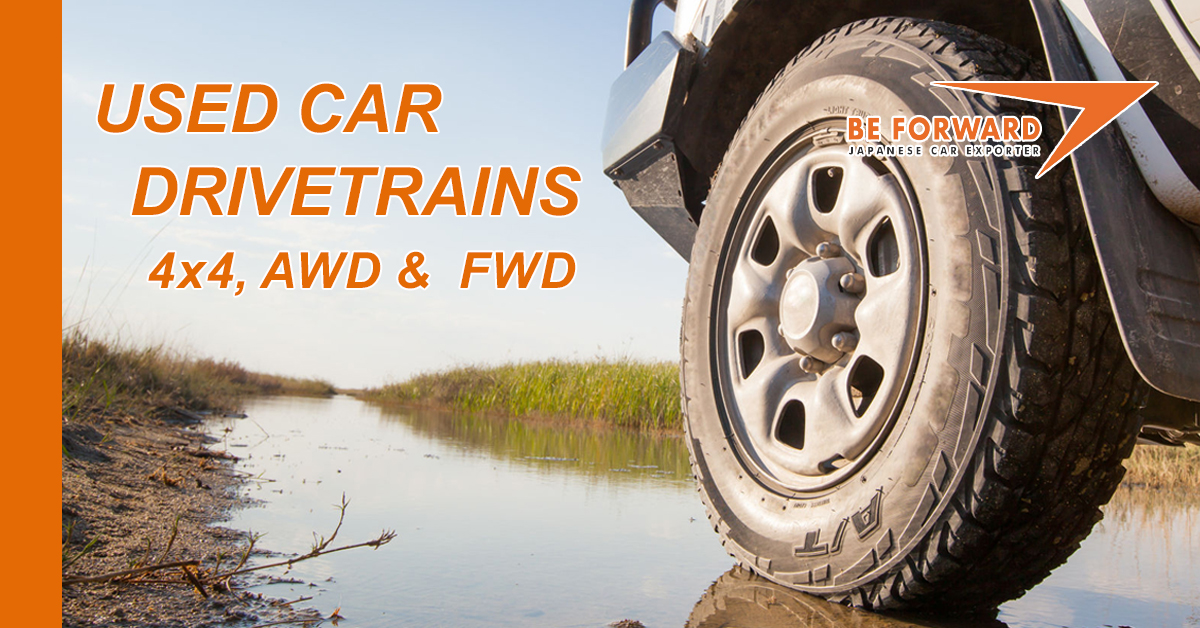 Drivetrains: 4WD, AWD, 4×4, and more… what do they all mean? Some praise the advantages of all-wheel drive (AWD) or four-wheel drive (4WD or 4×4) vehicle over the typical front-wheel drive (FWD) or rear-wheel drive (RWD) vehicle, but what are the differences between each type and which is best for you? We break it down so you can find out how your car’s drivetrain affects your driving experience.

Four wheels driving the vehicle has some major benefits when it comes to traction. On loose road surfaces, such as mud, gravel, sand, or rain, it is easier to maintain traction and forward momentum, as well as directional stability, with four wheels pulling. Even if one or two tires lose traction, the other tires can still pull. On the highway, four wheels driving makes cars especially manoeuvrable, and even sports cars use this technology to give their cars that extra boost in driving performance. 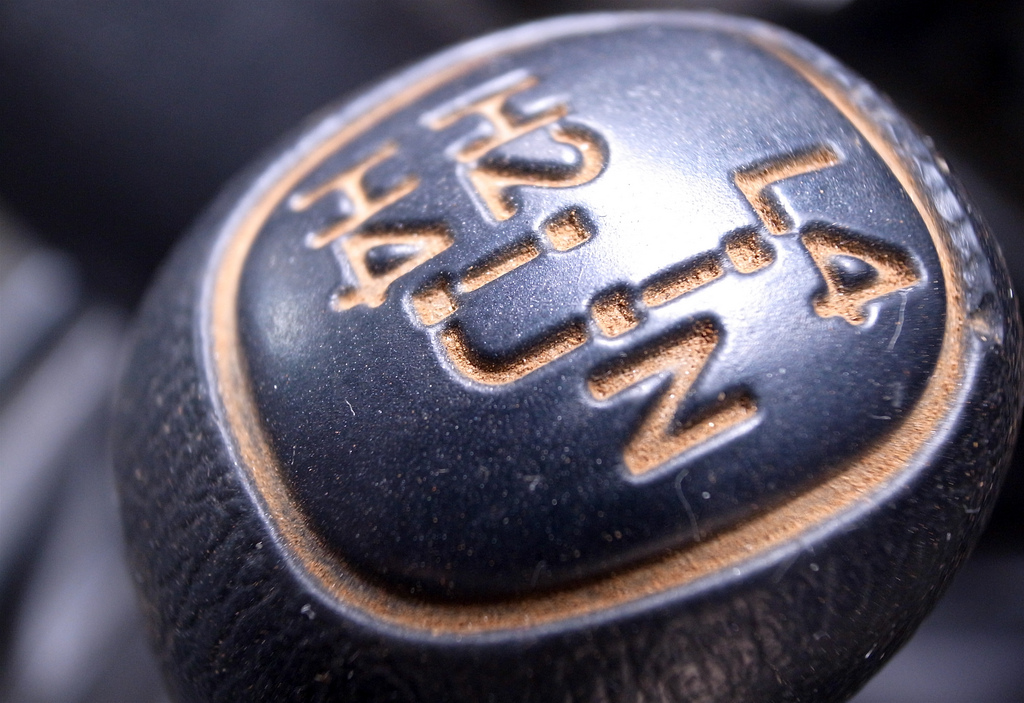 Keep this in mind when you see a 4×2 pickup truck, which is a four-wheeled vehicle with just two wheels powered, typically the rear, which would make it a rear-wheel drive (RWD) pickup truck. The best way to describe the difference between AWD and 4WD is the centre differential, or lack thereof, but lets start with the differential. 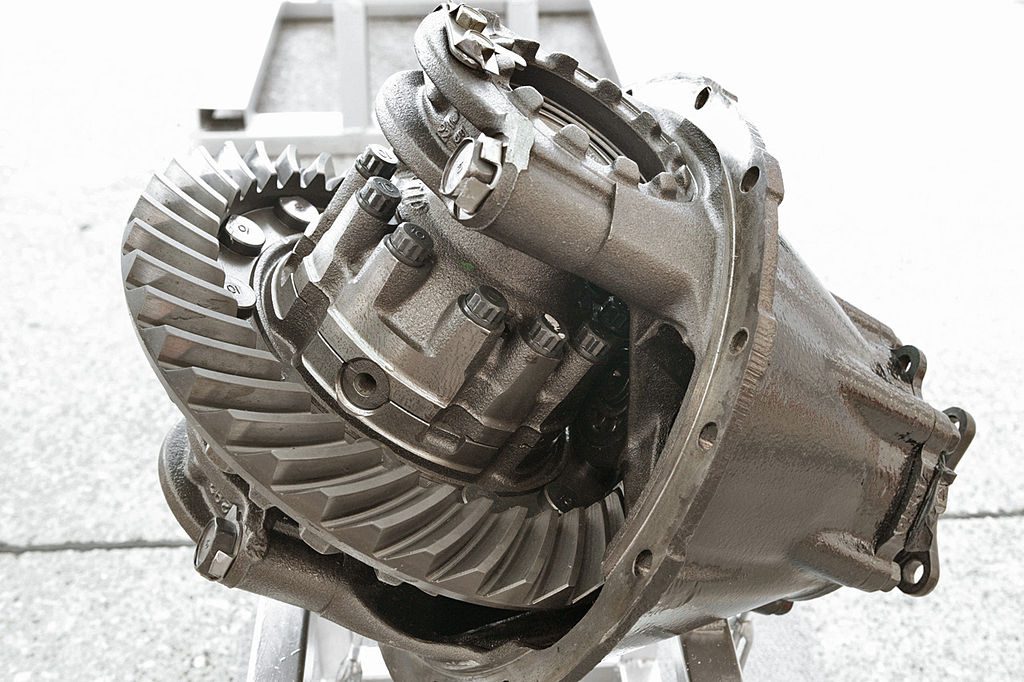 An example of a car’s differential gear.

What does AWD Mean?

All-wheel drive or full-time four-wheel drive refers to a 4×4 drivetrain that cannot be disengaged. It is always working, but how? We already know that there are two differentials in a 4×4, one in each axle, both front and rear. When going around a turn, the front wheels go faster than the rear wheels, which is why, in an AWD transfer case, there is a third differential. As we learned, the differential allows for speed and power differences, in this case, between the front and rear axles. The centre differential is typically of the limited-slip type, which helps to maintain traction in very bad conditions, while allowing for everyday driving on normal road surfaces.

The front and rear differentials in AWD cars may be open, limited-slip, or locking, depending on vehicle type and options. Some AWD vehicles, designed for off-road use, feature locking front, rear, and center differentials for maximum off-road traction, which is typically engaged electrically.

What does 4WD Mean?

This type of 4×4 drivetrain, 4WD, does not have a center differential, but it can also be engaged or disengaged, via shift lever or buttons. The transfer case in a 4WD vehicle does not allow for differences in speed or engine power between the front and rear axles, which can lead to binding and scuffing when on good road surfaces. 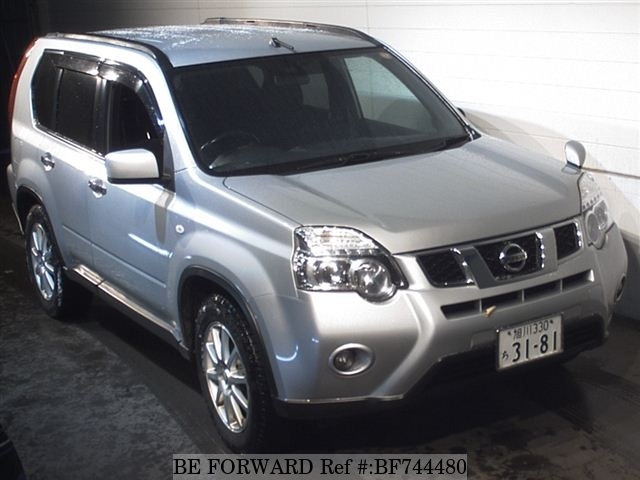 When comparing 4×4 vehicles, perhaps the best thing to keep in mind is what you will be using the vehicle for. If you plan on doing serious off-roading, or the roads you regularly travel are barely recognizable as roads, then you could opt for a 4WD vehicle, as long as you learn how to use it. Make sure to look for a model with at least limited-slip differentials, but a better option will be locking differentials.

A number of 4WD vehicles come fully equipped with locking differentials, but there are aftermarket options, as well, for the serious off-road enthusiast. Some examples of popular cars with 4WD capabilities include the Nissan X-Trail and Honda CR-V and Toyota Premio.

On the other hand, for most drivers, commuting to work and school or taking the family to market, AWD cars offer traction and safety that you don’t have to think about. You don’t have to remember to engage the system to make it work, because it’s always engaged. If you need more traction, some models offer locking differentials, which require nothing more than pressing a button. Just remember to press the button again to disengage the system when you get back onto a good road.