Since before the Wright Brothers became the ‘first in flight’, man has always been fascinated by the sky. He has conquered it with technology and knowing him for the curious creature that he is, there is no stopping him. Now, the race is on to make the flying car a norm. 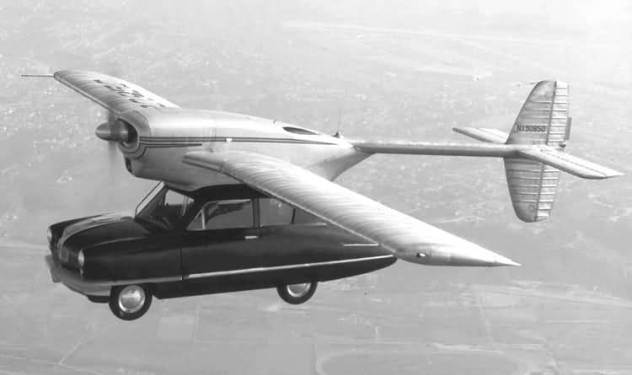 Ever since the first attempt at inventing a car that can fly back in 1917 by Glenn Curtiss, the topic has always been a fascinating one. Nearly a whole century later, perhaps we are closer now more than ever to making the flying car a reality. Just imagine a world where you wouldn’t have to spend a couple of hours each week or day stuck in traffic. Well, we are not saying that a flying car is the solution to world peace, but it sure will be a welcome break to many motorists… or to those who will be able to afford it.

The Terrafugia team is a visionary lot; they are already working on their second model – the TF-X. While the first has not been released into the market, they hope to find a ready market for both crafts. Already, there are about 100 pre-orders on the first flying car – the Transition. This one has been created to be more of a road plane rather than an aero car. The Terrafugia team even admits this by saying that it is “designed for occasional off-road use.”

Who can drive this flying car?

It is considered to be a light sport aircraft by the National Highway Traffic Safety Administration, and therefore only pilots licensed to fly sport craft can fly the Transition. They will be required to have passed a 20-hour sport flying practical and oral exams.
The owners of this craft can drive it on the road like a normal car to the nearest airport where they can deploy the wings and fly. It comfortably fits in a standard single-car garage.

If you are not excited already, maybe this next part will catch your attention. With a safety cage made from lightweight carbon fiber, the Transition is light and it has incorporated safety features such as airbags and crumple zone designs to certify its street-worthiness. As for the car part of it, you need not worry; it is just like the ordinary automobile. On the road, this flying car gets 35mpg (14.8km/l) and a range of 800 miles (1287km) from the 23-gallon (87 liter) tank. 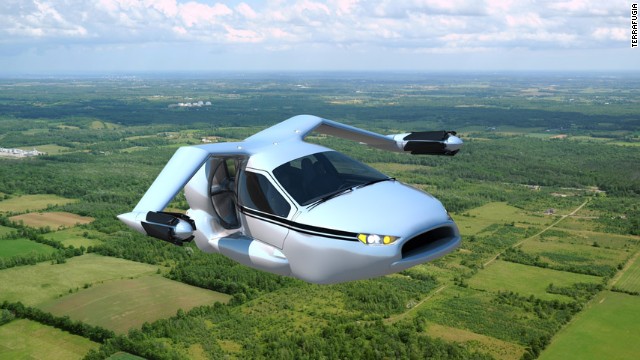 What about in the air? This flying car cruises as 100mph (172km/h). Its mileage is 20mpg and has a mile range of 400 (740km). Not to be left behind by technology, the Terrafugia team has fitted this craft with an engine that has the highest power density and lowest specific fuel consumption- the Rotax 912 iS engine. Another thing about this engine is that it has a 2000-hour Time Between Overhaul (TBO).

The fact that it is a car that can fly is not the only jaw-dropping thing about the Transition. It has aluminum block aircraft engines with tight tolerances, glass cockpits, carbon fiber composites, moving map GPS, MEMS accelerometers and gyros, synthetic vision systems (SVS) and digital traffic and weather data. With the Terrafugia flying car, the future indeed is brighter… or is that just because we shall be moving closer to the sun?