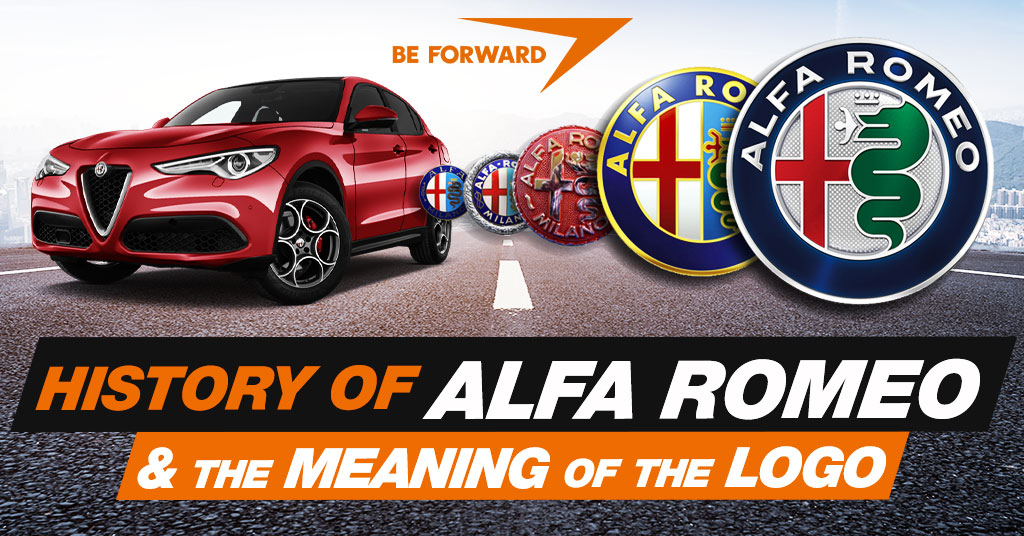 Alfa Romeo Automobiles S.p.A. is an Italian premium car manufacturer that was founded in 1910, in Milan, Italy. The initials ‘A. L. F. A.’ stood for ‘Anonima Lombarda Fabbrica Automobili’ or ‘Anonymous Lombard Automobile Factory’ which is the founding name of the company.

In 1915 an Italian entrepreneur Nicola Romeo took charge of running the company, adding his last name ‘Romeo’ to the company name.

From the first model the 24 HP to the green Quadrifoglio badge to victory in the first motor racing world championship with the P2, and conquering the Formula One with the Alfetta 158.

We take a look at the cars and people that made the Alfa Romeo what it is today. Please follow through.

In 1906, in the Italian coastal city of Naples, a company known as Società Italiana Automobili Darracq (S. A. I. D.) was founded. This company was a subsidiary of a well-known French car factory.

In the very same year, Giuseppe Merosi and Ugo Stella who were the company’s chief engineers signed a contract for the production of two cars, named 12 HP and 24 HP with reference to the car’s respective horsepower.

In 1915, A. L. F. A. got a new Neapolitan entrepreneur as its director whose name was Nicola Romeo. In 1920, the company name was changed to Alfa Romeo with the Romeo name taken from Nicola’s second name. The first car to use the Alfa Romeo name was the Torpedo 20/30 HP.

What Does the “Alfa Romeo” Mean?

From the very beginning, Alfa Romeo has been a brand that is associated with incredible performance and this was signified by the serious ability of the 24 HP which was their first-ever model, and later by P2 which won the inaugural world championship Grand Prix in 1925. But, apart from being a motorsport legend, the Alfa Romeo brand has established itself as a true symbol of Italian elegance and craftsmanship. Their designer’s ability to blend boldness, quality of proportions, unique essential lines, and dynamic spirit resulted in cars that are unique and couldn’t be reproduced anywhere else, by anyone else. This unrivaled approach to design has become a worldwide standard of Italian style: while others focus on building cars, Alfa Romeo creates them.

Alfa Romeo designers have always focused on creations that are pure, essential, and free of unnecessary details. Each and every vehicle designed within a century of the company’s existence can be identified at the very first glance thanks to its unique features. The “trilobe” front grille is probably one of the most iconic in the automotive industry. On the sides, each Alfa Romeo features a clear line, filled with sculpted proportions that signify its aerodynamic agility. The rear end of the Alfa Romeo is always muscular, to immediately reveal where exactly the power is unleashed.

What Does the Alfa Romeo Symbol Mean?

After A. L. F. A. was founded in 1910, a draughtsman called Romano Cattaneo had his attention captured by a crest he saw above the door of Castello Sforzesco in central Milan while awaiting his number 14 tram. This crest made him come up with an idea of what eventually became the company’s logo based on that crest. The crest featured several heraldic interpretations including the coat of arms of the city of Milan and of the Visconti family that ruled Milan in medieval times.

The Biscione (grass snake) and other icons associated with Milan plus a red cross on a white background (Milan’s official flag) are the elements that have defined all nine Alfa logos.

1910-1915: The first logo had the words ALFA at the top and MILANO at the bottom separated by two figure-eight “Savoy Knots,” symbolizing the royal House of Savoy.

1918-1925: After Nicola Romeo took over management of A.L.F.A. the company was renamed Alfa-Romeo and the logo had to be updated accordingly.

1925-1945: The logo was redesigned to celebrate the Alfa P2’s victory in the first World Racing Car Championship, and now it featured a golden laurel-leaf crown.

1946-1950: Wartime bombs entirely destroyed the Italian industrial base, which included the supplier of Alfa’s multicolored logo badges. As a result, Alfa had to resort to a simplified two-tone logo that was easier to manufacture.

1960-1972: Alfa began using a simplified design without the wavy texture in the blue surround, the “scaled” texture of the serpent’s body, and the vertical line texture in the red cross. Alfa Romeo also expanded beyond its Milan base, as a result, the word “Milano” was removed for good from its logo.

1982-2014: The logo was once again simplified, the new design updated the typeface to a simpler Futura font and resulted in one less back-and-forth zigzag in the snake’s body.

2015-Present: The final redesign eliminated the separation of the man-eating snake and the cross. The snake is fatter with one less zigzag and a single silver textured field replaces the half-white and half-blue background utilized since the start.

Alfa Romeo has a rich history, and throughout the years it has been a pioneer of many industry firsts with innovative technologies that gave their cars class-leading performance.

We at BE FORWARD have a stock of 280+ used Alfa Romeo’s for sale. You can go for one or more and experience the exhilarating Italian experience.