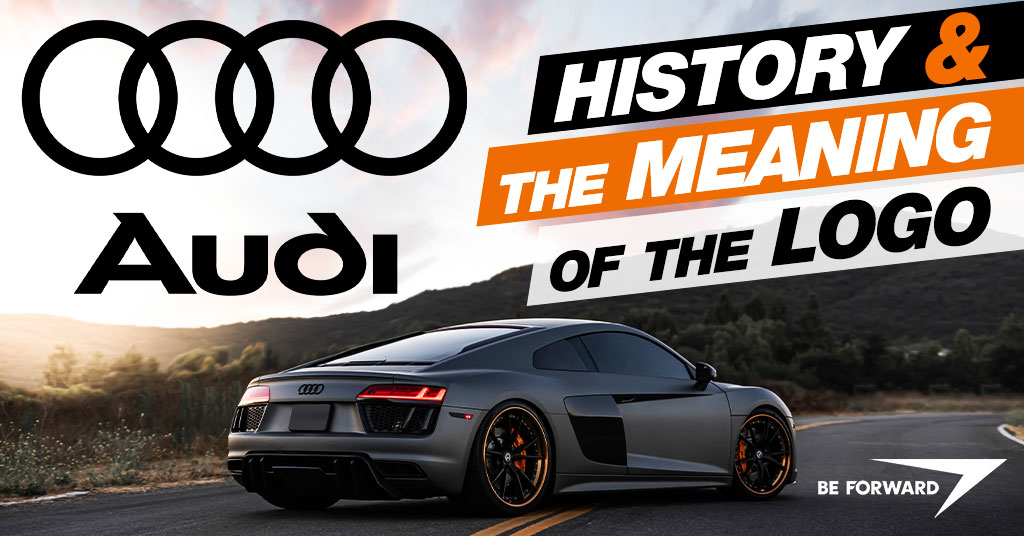 Audi AG is a German automotive company that specializes in luxury car manufacturing with its base in Ingolstadt, Bavaria, Germany.

The origins of the company can be traced back to the early 20th century when an engineer by the name of August Horch the founder of the company known as ‘Horch and the Audiwerke’ merged his company with two other companies (Wanderer and DKW), to form Auto Union AG in 1932.

Let’s take a look at the history of Audi from Auto union to what it is today. Please read on.

The history of AUDI AG is exciting and has a varied past with its heritage of car and engine production extending into the 19th century. The story began when August Horch, one of the pioneering engineers of the German automotive industry, ventured into car manufacturing. As a graduate of the Technical Academy in Mittweida, the Free State of Saxony he pursued a career in engine construction and later became the head of the motor vehicle production department at the Carl Benz company in Mannheim. He later quit his job to start his own company in Cologne in 1899, a company he named A. Horch & Cie. In 1902 he relocated to Saxony, first to Reichenbach and later 1904 to Zwickau.

Due to some differences in opinion with the Management and Supervisory Board of A.Horch & Cie., August Horch chose to part ways with the company in 1909 and instantly went on to establish a rival car company in Zwickau, that he named ‘August Horch Authomobilewerke GmbH’. This didn’t go down very well with his former partners as the names of the two companies were so similar. The former partners took August Horch to court to stop him from using his surname which was already in use and was protected by trademark. His former partners won the case, and Horch had to find a new name. One day while in the process of finding a new name, Horch’s business partner’s son overheard the conversation about the search for a new company name, and since the boy was well-versed in Latin, he suggested they use a Latin translation for the new company. So “Horch!” which in German means “hark” or “listen!” became “Audi!” in Latin. And now the new company name became Audi Automobilwerke GmbH, Zwickau on 25 April 1910. In December 1914 Audi Automobilwerke GmbH became a joint-stock company.

On 29 June 1932, three companies by the name of Horchwerke, Audiwerke, and Zschopauer Motorenwerke J. S. Rasmussen AG (DKW) merged to form Auto Union AG. Simultaneously a lease and purchase agreement was concluded with Wanderer for the acquisition of its motor vehicle division. Auto Union AG’s headquarters were in Chemnitz. After the conclusion of this deal, Auto Union AG became Germany’s second-largest motor vehicle manufacturer. The emblem of the formed company incorporated four interlocking rings, with each ring representing each company in the merger, and the interlocking of the rings intended to symbolize the inseparable nature of the four companies. The Audi, Horch, DKW, and Wanderer brand names were retained, with each company assigned a specific role within the group: Audi dealt with the deluxe midsize vehicle segment; Horch dealt with premium luxury cars; DKW dealt with motorcycles and small cars, and Wanderer dealt with midsize cars.

After world war two had ended in 1945, the premises of the Auto Union AG were occupied by the Soviet army, who took away the company’s assets, disassembled the plant, and had the company deleted from the Commercial Register of the city of Chemnitz in 1948.

On September 3, 1949, a new independent manufacturing company called Auto Union GmbH was established in Ingolstadt. In that very same year, work began on the production of motorcycles and delivery vans.

Beginning in 1954, Friedrich Flick progressively began acquiring some stakes in the stock of Auto Union GmbH. He did this for the sole purpose of later finding a strong partner for Auto Union in the mid-term. And his plan materialized, as in April 1958, Daimler-Benz AG bought 88% of Auto Union’s shares and by 1959, the Ingolstadt company was a fully-owned subsidiary of Daimler-Benz AG.

In 1964, Volkswagen bought a 50 percent stock in the business, with the deal encompassing the Audi and DKW brands as well as the rights to new engine designs which were funded by Daimler-Benz, and the new factory in Ingolstadt. Daimler-Benz AG retained the dormant Horch trademark and the factory in Düsseldorf which became a van assembly plant for Mercedes-Benz. A year and a half later, VW bought complete control of Ingolstadt, which boosted their assembling capacity by an additional 60,000 Volkswagen Beetles per year by 1966.

VW was no longer interested in the DKW brand due to its associations with two-stroke technology but was also against the idea of Auto Union acting as a standalone entity that produced its own models since they acquired the company simply to boost its own production capacity by utilizing the Ingolstadt assembly plant. Due to this, VW executives wanted the Auto Union name and flags with the four rings emblem removed from the factory buildings. This was followed by Auto Union being explicitly forbidden from any further product development. After realizing that VW had no long-term plans for the Audi brand, Auto Union engineers led by Ludwig Kraus secretly developed the Audi 100. They later presented the finished prototype to Nordhoff, who was so impressed he eventually authorized the car to be produced. In 1968 the Audi A 100 was launched and went on to be a huge success. The overwhelming success of the A 100 resurrected the Audi brand, and the A 100 was followed by the introduction of the Audi 80 in 1972, which would in turn lay down the foundations for VW’s front-wheel-drive water-cooled cars.

In March 1980, Audi debuted its Quattro four-wheel-drive sports coupé at the Geneva Motor Show. It was the first high-performance vehicle with a four-wheel drive. The full-time four-wheel-drive system in the Audi Quattro was a worldwide success in motorsport and eventually found its way into the entire Audi model lineup.

What Does the “AUDI” Mean?

Audi was in reality founded in 1885 when the Wanderer Company was set up, which later became an Audi subsidiary.

In 1899 August Horch founded A. Horch & Cie in Cologne, followed by the formation of August Horch & Cie. Motowagenwerke AG in 1904. A few years later Horch’s relationship with his partners deteriorated and Horch decided to leave Motowagenwerke in 1909 and went on to establish his own company by the name of ‘August Horch Authomobilewerke GmbH’. Horch’s former company and the new company’s names sounded very similar, and this didn’t go down very well with his former partners who decided to sue Horch for trademark infringement and Horch lost the case. After losing the trial, Horch had to find a new name for his company. And this is where Audi comes up! Well, Horch sorted solutions from the Latin dictionary, where he found out that his name ‘Horch’ is ‘Audi’ in Latin, and means ‘to listen’. And so, Audi was born. And the new company name became ‘Audi Automobilwerke GmbH Zwickau’ registered officially in April 1910.

So now we know what AUDI means. Voila!

What Does the AUDI Symbol Mean?

In 1928, an engineer by the name of Jørgen Rasmussen became a majority shareholder in Audi. After Rasmussen’s acquisition, Audi merged with Rasmussen’s DKW, Wanderer, and Horch to establish the Auto Union in 1932. The merger of four companies led to the formation of the four interlocking rings.

You might have noticed and wondered why is the Audi emblem so similar to the Olympic Rings?! The Olympic Committee also noticed this and eventually decided to take Audi to court in 1995. The ruling was that “the Audi rings had nothing to do with the Olympic rings”. And so the two logos are used simultaneously in harmony.

Audi is a big luxury brand in the automotive industry that is synonymous with high-quality vehicles, innovative and ground-breaking technologies, slick designs, fun and exciting drive, better performance, lavish interiors, and reliability. Additionally, with that, they are also modern, forward-thinking, and classy.

We at BE FORWARD have a stock of 3000+ used Audis for sale. Please check out our stock for your next car.