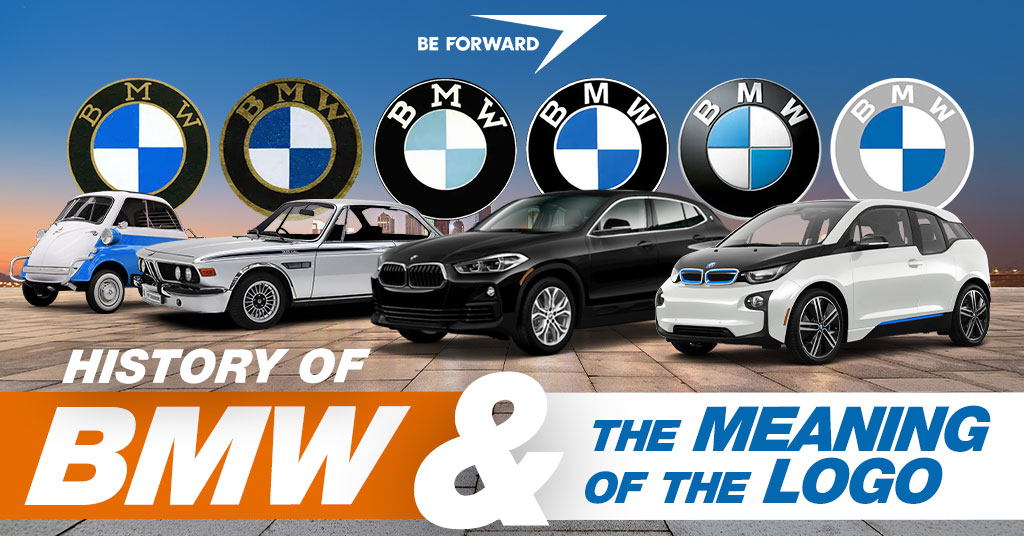 Bayerische Motoren Werke (which unofficially translates to ‘Bavarian Engine Works’) AG, commonly abbreviated as BMW, is a German multinational manufacturer of luxury cars and motorcycles with its headquarters in Bavaria’s capital Munich in Germany. The company was established in 1916 as an aircraft engine manufacturer, with production running from 1917 to 1918 and resuming again from 1933 to 1945.

BMW’s history is exciting and interesting, and one of the true success stories of German engineering and automotive prowess. In this article, we are going to briefly take a look at this history to learn what made the company what it is today. Please follow through.

The origins of BMW can be traced back to 1916 when Flugmaschinenfabrik Gustav Otto merged with Bayerische Flugzeug-Werke AG (BFW) under the government’s directive. Elsewhere, in 1917, Karl Rapp renamed his company Rapp Motorenwerke GmbH to Bayerische Motoren Werke GmbH, which eventually became an AG (PLC) in 1918. In 1922, BMW AG moved its engine production operations to Bayerische Flugzeug Werke (BFW) with the company also adopting the BMW name the same year.

Initially, BMW was an aircraft engine manufacturer, with its first-ever product being an inline-six aircraft engine known as the BMW IIIa, designed by Max Friz in 1917. After WWI, BMW diversified into producing household items, farm equipment, motorcycle engines, and railway brakes. After supplying other companies with motorcycle engines for quite a while, BMW eventually built its first motorcycle known as the BMW R 32 in 1923.

BMW’s entry into automobile manufacturing came in 1928 when it bought a company known as Fahrzeugfabrik Eisenach that specialized in building Austin cars under license. In 1929 BMW built its first small car under license from Austin motors, and by 1932 this car was replaced by BMW’s own in-house designs.

An era of National Socialism kicked in from 1933 to the end of WWII. In this era, BMW underwent a significant transformation from an automobile company to an armaments firm with a specialty in manufacturing aero engines. The aero-engine business became its core business contributing a lion’s share of the company’s sales, while the production of automobiles and motorcycles continued as well.

During the war, against the wishes of the management, BMW focused on manufacturing aircraft engines, and due to a huge demand for engines, BMW was forced to use slave laborers. Most of these slave laborers were primarily prisoners from concentration camps, mostly Dachau. BMW started addressing and paying compensation to victims of forced labor in the 1980s.

During the war, BMW factories were heavily bombed with the remaining ones in West Germany banned from manufacturing cars or aircraft engines. During this transitional period, the company held out by producing bicycles, pots, and pans. In 1948, BMW resumed the production of motorcycles with the introduction of the R24 motorcycle.

In 1952 BMW resumed car production by introducing the BMW 501 luxury saloon. It was not a great success but it restored BMW’s status as a manufacturer of high-quality and technically exciting cars. The 1950s were precarious years for BMW and was almost taken over by Daimler-Benz in 1959 only for its small shareholders and workforce to reject the offer in a general meeting. This led Herbert Quandt to further invest in shares and the government offered financial assistance, and the company was restructured in 1960 under Quandt’s management.

In 1961 at the Frankfurt Motor Show BMW introduced the 1500 model. The introduction of the 1500 model transformed the company’s fortunes and re-established the company as a successful modern carmaker. The 1960s and 70s would become transformative years for BMW which saw its fortunes growing, production capacity grow, and model range expanding with the addition of luxury sedan and coupe models. The new lineup included the 5 Series mid-size sedan, the 3 Series compact sedans, the 6 Series luxury coupes, and the 7 Series large luxury sedans.

In 1994 BMW bought Rover Group only to sell it in 2000 after suffering an enormous loss while retaining the Mini brand.

In 1998 BMW bought the branding and naming rights of Rolls Royce motor cars, along with other rights.

What Does the “BMW” Mean?

What Does the BMW Symbol Mean?

There is a myth that has existed for so long that says the BMW logo depicts a propeller. This is not the truth, the truth is a little different.

BMW came about after a company known as Rapp Motorwerke GmbH was renamed to Bayerische Motoren Werke (BMW). As part of the renaming process, BMW also inherited Rapp’s logo which had a black ring around the company logo with the company name.

In late 1917 the first BMW badge was registered as a trademark. It featured the round shape inherited from the Rapp logo, but its outer ring was now surrounded by two gold lines and bore the initials BMW.

At the center of the inner circle of the BMW badge, there are quarters of white and blue which are the state colors of Bavaria, the home state of the company. But these quarters are in the inverse order. And this is so because the local trademark law of the time forbade the use of state coats of arms or any other emblems of sovereignty commercially.

The design of BMW’s new/current logo stands for the mobility of the future.

To what extent is the change within the brand reflected in the new logo?

“With this new transparent variant, we want to invite our customers more than ever to become part of the BMW world. In addition, our new brand design is geared to the challenges and opportunities of Digitization for brands. With visual restraint and graphics, we are equipping ourselves flexibly for the wide variety of contact points in communication at which BMW will show its presence online and offline in the future. The additional communication logo symbolizes the significance and relevance of the brand for mobility and driving pleasure in the future.”

BMW vehicles are known for being luxurious, beautifully designed, durable, drivable, and reliable. BMW‘s all-wheel-drive system is one of the best in the automotive world. So if you are an adventure lover, a BMW will cheerfully tackle rugged terrains such as snow and other off-road conditions at ease.

We at BE FORWARD have a stock of 8500+ used BMWs on sale. Please visit our online store to find your next BMW.