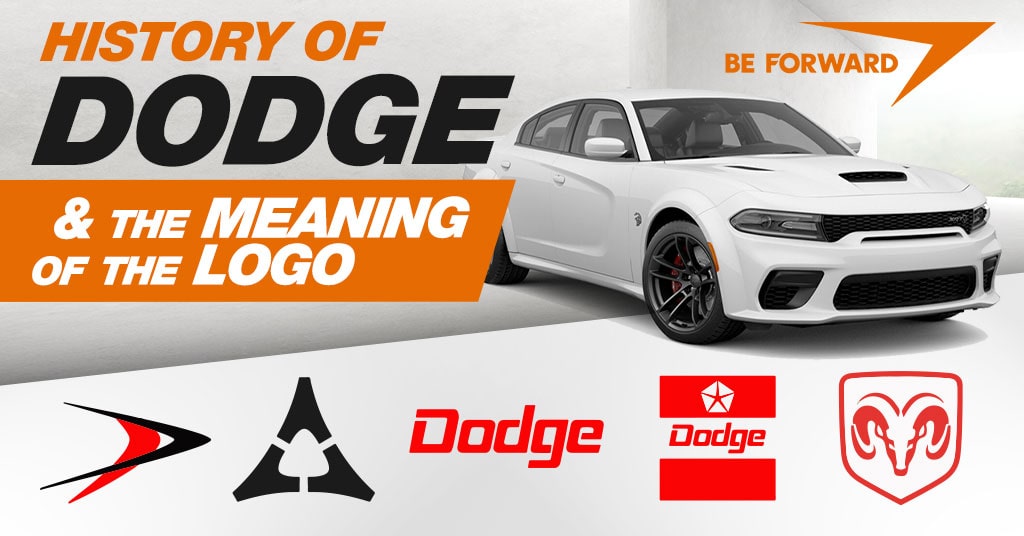 Dodge is an American automotive company based in Auburn Hills, Michigan. Dodge was founded in the early 1900s by two brothers named Horace Elgin Dodge and John Francis Dodge who originally named the company Dodge Brothers Company. The company was later acquired by Chrysler Motors and became its subsidiary in 1928.

Here we take a brief look at the history of the company to learn about its journey from its inception to the present. Please follow through.

In 1902, Henry Ford offered 10% of his company to the brothers in return for automotive parts for his Ford vehicles. The brothers accepted the offer and became stockholders and engine builders for Ford Motor Co. where they were involved in building each and every part of Ford cars apart from the seats and tires for about a decade before leaving Ford to start their own automotive company.

Dodge went on to become the first company to mass-produce an all-steel touring car. By 1915, Dodge had built and sold more than 45,000 cars. At the time, this was a record first-year sales by any new car company and this ranked them as the third best-selling automaker in America in their first full year of production.

After the demise of the Dodge brothers, their families decided to sell the company, which they eventually sold to Dillon, Read & Co. in 1925. In 1928, Dillon, Read & Co. sold the company to Chrysler for $175 million. After the change of ownership, Dodge will remain a separate brand and continue to grow. Under Chrysler’s ownership, Dodge continuously improved, helped by Chrysler‘s exceptional production techniques, new designs, innovations, and growing publicity. And it was at this time that ‘Dodge Brothers’ dropped ‘brothers’ and simply became ‘Dodge’.

From the late 60s to the early 80s Dodge became a part of NASCAR racing. The Dodge Charger was widely successful in this competition, and still is to date. Next up was the introduction of the compact cars, Caravan and truck line.

What Does the “Dodge” Mean?

Dodge simply means to avoid in English, but when mentioned in the automotive world it’s associated with an automotive company that is over a hundred years old. This company was named “Dodge” by its founders who were two brothers John and Horace Dodge. Horace and John decided to name their company by their surname ‘Dodge’.

What Does the Dodge Symbol Mean?

Only a few automotive emblems are as familiar and admired as the ram’s head logo. It all started when Dodge began using it as a badge on its vehicles and went on to become the symbol adorning its RAM trucks. The history of Dodge logos can be traced much further back. Dodge has used several mysterious and fascinating logos throughout the past hundred years. Let’s take a look and learn about them.

From 1909 to 1914, the Dodge Brothers Inc. used a round shield symbol with the initials “DB” interlocked as their logo. In 1914, a redesigned logo was unveiled, it featured the addition of two black and white interlocking triangles that formed what many described as the Star of David, a common Jewish symbol, despite the brothers not being Jewish.

From 1941 to 1957 the Dodge family crest was used until Virgil Exner came up with Dodge’s “Forward Look” logo. This logo featured two intersecting boomerang shapes that signified progress and forward-thinking. This design was influenced by Dodge’s role in developing rocket propulsion technology.

From 1962 to 1976 Dodge logo was a fractured deltoid shape that was named the Fratzog. The word ‘Fratzog’ did not have any meaning, it’s just the creation of the designer who decided to come up with a gibberish term as it was a requirement to come up with a name.

From 1982 to 1992, Dodge adopted its parent company Chrysler’s Pentastar logo, which had been used for Dodge’s corporate identification since 1962. But, in order to differentiate Dodge’s Pentastar from that of Chrysler, the Dodge’s was red, while Chrysler’s was blue.

In the early 1990s, Dodge was breathing new life into its truck business and needed a new logo to distinguish the brand as something powerful. That’s when the ram’s head emblem came up.

As the use of the ram’s head began on redesigned and new Dodge pickup trucks, Dodge referred to them as Dodge RAM trucks. Since hood ornaments were being phased out as they were no longer fashionable, Dodge decided to adopt the ram’s head into a consistent, identifiable badge. This led to Dodge using the ram logo on almost every Dodge vehicle manufactured between 1993 and 2010.

When FIAT bought Chrysler in 2009, RAM became an independent brand. And since the ram’s head badge signified strength and power, Dodge relinquished the logo to its pickup ‘RAM’ trucks.

After Dodge relinquished the ram head to its now independent pickup trucks, the need for a new logo came up, and the company decided to assign the task to Wieden & Kennedy who were famous for designing the Nike logo.

Dodge wanted a logo that emphasized a “forever young attitude” in place of the “all-powerful reputation” instilled by the ram head. What the designers did was focus on the popularity of Chrysler’s Street and Racing Technology (SRT) group, behind the development of the Dodge Viper. This resulted in the team coming up with a simple text-based logo with two diagonal, reddish-orange hash marks next to the Dodge script with one of them intersecting the letter ‘E’. The twin slanted slashes stand for speed and agility while the chrome text stands for dignity, purity, and grandeur, while the red stands for passion and excitement.

While it was initially intended to be used on digital and print media, Dodge’s new logo would eventually appear on Dodge’s vehicle grilles as a badge on models built from 2012 onwards.

The Dodge brand has evolved over the years from muscle cars to family cars. Dodge vehicles are known for their power, durability, reliability, and quality. To this day Dodge remains a champion in the modern-day automotive market, producing several models and a variety of powertrain options. Customers appreciate the dependability accorded in every Dodge car, van, truck, and SUV.

Here at BE FORWARD we have a stock of 1600+ used Dodge vehicles for sale. Please check out our list to find your next Dodge.