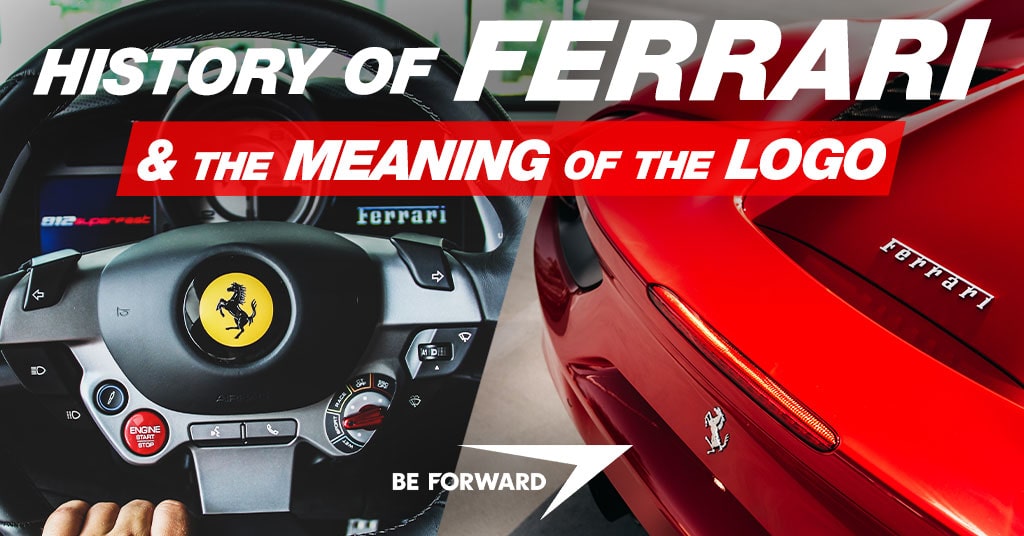 Ferrari S.p.A. is an Italian automotive manufacturer that specializes in manufacturing luxury sports cars based in Modena, Italy. The company originally known as ‘Auto Avio Costruzioni’ was established by Enzo Ferrari in 1939 after leaving the Alfa Romeo racing division.

Let us take a brief look at the history of Ferrari and how it has evolved over the years. Please read on

The Ferrari story began in 1929 when its founder Enzo Ferrari founded a company that he named Scuderia Ferrari (Ferrari Stable). Initially, Ferrari did not manufacture its own cars, but worked as contractors, and had a contract with Alfa Romeo then, for whom they prepared cars for. In September of 1939, Enzo Ferrari left his position at Alfa Romeo as the Head of Alfa Corse to form his own car company. When Enzo left Alfa, one of the conditions that were put in place by Alfa was that he would not use the ‘Ferrari’ name in any of his cars or racing teams for at least four years. Enzo honored this agreement, and several days later he founded a company known as Auto Avio Costruzioni, which was involved in manufacturing small aircraft engines in 1940.

In 1940 Enzo released a sports car based on a Fiat platform that he named Tipo 815. The 815 was Enzo’s first-ever car produced by his company.

In 1943 Enzo moved his factory to his hometown in Maranello, Modena, Italy, and in 1947 the Ferrari 125S was released, becoming the first Ferrari badged car to exit the gate in Abetone Inferiore, Maranello. In 1957, Auto Avio Costruzioni was renamed Auto Costruzioni Ferrari, which became Ferrari SpA in 1989. The demand for Ferrari cars was too high, and in trying to cope with the increasing market demands, Enzo Ferrari sold 50% of his shares to FIAT Group in 1969, and a further 40% in 1988 which made Fiat a majority shareholder by 90%.

In 1948, Ferrari designers completed work on a non-racing model. This model known as the Gran Turismo automobile featured a roof, windows, heaters, and leather upholstery. These cars were hand-made by traditional Italian artisans with traditionally elegant Italian styling and craftsmanship. These cars were then delivered to distributors in batches of ten or less at a time. When the car was finally reached to its owner, the owner would then make the final decision with regard to paint color, upholstery, and exterior trim. This was the trend up until Fiat took over Ferrari in 1969, but before that, all cars manufactured by the company were manufactured utilizing this method which resulted in no two cars being identical.

In the 1990’s Ferrari went through a rough patch, and Fiat decided to hire Luca Cordero di Montezemolo as chairman and managing director in 1991 after the death of Enzo Ferrari in 1988. Luca oversaw the restructuring and overhauling of Ferrari. Before Luca took over, the company had only two models, ‘with two very uncomfortable seats and very extreme,’ according to Luca. By the mid-1990s, as part of the revamping process, Ferrari introduced nine new models in place of the two outdated ones. This gave customers a wider range of Ferraris to choose from, which included a lower-end Ferrari 355, which was much cheaper and recorded good sales. Other changes include the introduction of a back seat, a front-engine, and a dozen or more colors, rather than the standard Ferrari red which opposed the Ferrari tradition. Luca’s transformation of Ferrari eventually paid off by 1997, as the company posted some pretax profits.

After 23 years at the helm, Luca Cordero di Montezemolo stepped down from the helm of the Ferrari hierarchy. In 2014, Ferrari’s parent company Fiat Chrysler Automobiles announced plans to split its luxury brand, Ferrari from its main operations with the primary aim of turning Ferrari into an independent brand. In 2015 Ferrari N.V became an IPO.

What Does the “FERRARI” Mean?

The name “Ferrari” is known around the world as the sir name of Enzo the founder of the world-famous automotive company Ferrari.

But what exactly does Ferrari mean? In Italian, the word ‘Ferraro’ means “blacksmith”. With time this occupation slowly evolved to a surname: Ferrari.

Enzo Ferrari founder of Ferrari gave the company his own sir name. The Ferrari brand name is a personal legacy.

What Does the FERRARI Symbol Mean?

The famous Ferrari logo with a black prancing stallion on a yellow background originated from the renowned World War I Italian air force heroic pilot Francesco Baracca who was shot down in 1918. On Baraccas plane, there was a red horse printed on the side.

In 1923, Baraccas parents approached Enzo Ferrari an up-and-coming, car-loving Italian from Modena, and asked him to paint the prancing horse on his cars to keep the logo sign of their son alive, but also as a symbol of good luck. Enzo agreed but made the horse black instead of red as a symbol of mourning Baracca.

It wasn’t until 1929 that the original Ferrari symbol appeared for the first time which consisted of a shield with a yellow background that represents Modena which is Enzo’s hometown, red and white lines at the top, letters ‘S’ and ‘F’ initials for Scuderia Ferrari which was the company name, and the black horse was placed in the middle.

In 1939 the logo changed, unlike all other Ferrari badges this was round, the horse had wings and it bore the new company name “Auto-Avio Construzioni”.

In 1947 the logo changed once again, this time it featured a vertically aligned rectangle with rounded corners. The color arrangement remained the same, with stripes of the Italian flag at the top separated by black lines. At the bottom, the letter  ‘S’ and ‘F’ were replaced by the “Ferrari” logotype in black with the letter ‘F’ elongated. At the center, the horse was redrawn with its white accents reappearing adding volume and creating a sense of motion.

In 2002, the badge was redesigned again with minor changes made to the Italian flag colors with the previous black lines in between removed, giving the badge a smoother and elegant look.

Ferrari manufactures some of the most admired and iconic luxury sports cars in the world. Ferrari’s are synonymous with performance and speed. Ferrari sports cars are among the most prestigious and decorated rally cars winning over 5,000 prizes in various competitions, and hold the title of the most successful competitor in Formula One racing.

We at BE FORWARD have a stock of 50+ used Ferraris for sale. Please check out our stock to choose the right model for you.