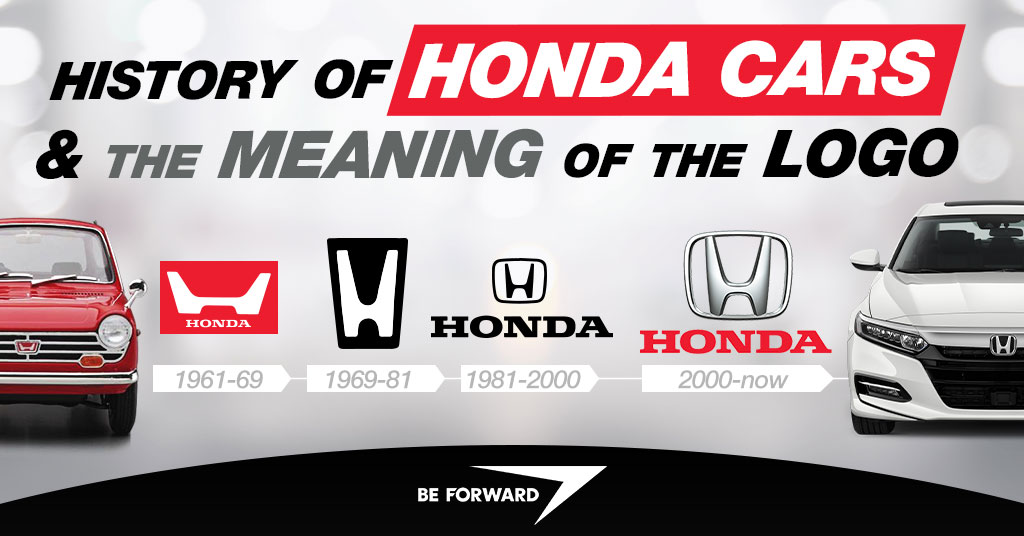 Honda Motor Company Limited is a Japanese multinational company whose core business is manufacturing motorcycles, automobiles, and power equipment, with its headquarters in Minato, Tokyo, Japan.
Honda was incorporated in 1946 by Soichiro Honda who was a Japanese inventor, engineer, and car racing enthusiast. The Honda we see today in its present form with a 50+ years history is a result of the ingenious, bold, and unconventional behavior and way of thinking of Mr. Soichiro.

Honda released its first motorcycle in 1949, by 1959 they were the world’s largest motorcycle producer a feat they still hold to date with their total production standing at 400+ million. Honda is also leading in the production of internal combustion engines with an annual output of about 14 million or more internal combustion engines which qualifies them as the world’s largest producer by volume. In 2001 Honda achieved becoming the second-largest Japanese automobile producer and the eighth largest automobile producer in the world in 2015.

Honda also has interests in robotics and artificial intelligence which led to the introduction of their ASIMO humanoid robot in 2000. In 2004 Honda ventured into the aerospace industry by establishing the GE Honda Aero Engines and in 2012 they released the Honda produced HA-420 HondaJet.

The Honda story begins in post world war II when Soichiro Honda decided to start afresh in his engineering ventures after his previous operations were ruined by the war.
In 1946 the Honda founder Soichiro Honda saw an opportunity in motorizing bicycles which were the common mode of transport then. Mr. Honda modified the Imperial army generator engines that were used to power wireless radios and converted them into auxiliary power for bicycles. After exhausting a stock of about 500 engines, Honda had to begin indoor production of the engine and the result was the birth of the Honda A-type engine. By 1949 Honda had grown from manufacturing auxiliary bicycle engines to manufacturing motorcycles and for the first time released a completely Honda-produced motorcycle known as the D-type in 1949.  Honda kept growing, in 1963 they ventured into automobile production by releasing their first car, the Honda T360 mini-truck followed by the S500 sports car.

What Does the “HONDA” Mean?

The Honda motor company was founded by Soichiro Honda and decided to name the company by giving it his last name which was like a norm then as people like Henry Ford of Ford Motors, Kiichiro Toyoda of Toyota Motors, Enzo Ferrari of Ferrari, Louis Renault of Renault, and others did.
Soichiro Honda was a Japanese engineer born in Hamamatsu, Shizuoka, Japan in 1906. His surname ‘Honda’ translates to “original rice paddy” in Japanese, which is insignificant to the foundations of the company, but the name has worked out for the company as it’s recognizable and simple.

The Honda Motor Company is a world-renowned carmaker. Honda produces several models, but its classic models which include the Accord, Civic, and Odyssey, catapulted the automaker to earning people’s trust. This trust is a result of its reputation for producing durable, reliable, efficient, sensible, and stylish cars. But recent releases from Honda have also proved that Honda is an innovative brand as well.

What Does the HONDA Symbol Mean?

The Honda logo is a capital letter H, but, normally, in a peculiar design.  The H comes from the first letter of the second name of the company founder, Soichiro Honda.

Honda’s founder Soichiro Honda came up with the “Yume No Chikara,” company slogan in the 1940s whose English translation is “Power of Dreams”. This slogan eventually became Honda’s motto, and that exactly defines the company’s activities.

The Honda logo has been transforming over the years. The original badge for Honda cars features a red rectangular logo with the upper part of the badge featuring a stylized capital letter “H” with vertical bars. Beneath the letter “H” there was an uppercase HONDA written in delicate traditional serif. This logo was used from 1961 to 1969.

In 1969 a new logo was released, it featured a vertically placed black rectangle with a narrow and tall letter “H”. The letter “H” was placed on a solid black background. This logo lasted until 1981.

In 1981 a new logo was unveiled. It was a redesigned logo of the previous featuring a white background and a black letter “H” framed on a square shape with round edges. Beneath the emblem is an enlarged black bolded serif in uppercase. This logo lasted until 2000.

The emblem was redrawn by increasing its size and adding color. The lines of the letter “H” were elongated making them touch the frame. The emblem got switched from black and white to metallic gray. The logotype turned red with thinner lines and looked more elegant. The letter size was also reduced making the whole image look better and balanced.

We have taken a look at Honda’s history from the beginning to the present. We have also taken a look at what brought Honda this far which includes being an innovative company that manufactures reliable, durable, stylish, efficient, and sensible cars. The Honda car lineup includes the Jazz, Accord, Civic, CR-V, HR-V, Fit, Acty, City, Shuttle, StepWgn, Freed, Crossroad, Legend, Vamos, and many more. These are all great cars in their own ways, whichever you opt for will be a great choice.

Please visit BE FORWARD and checkout our list of more than 13,000 Honda’s in our stock.

ALL HONDA Cars FOR SALE