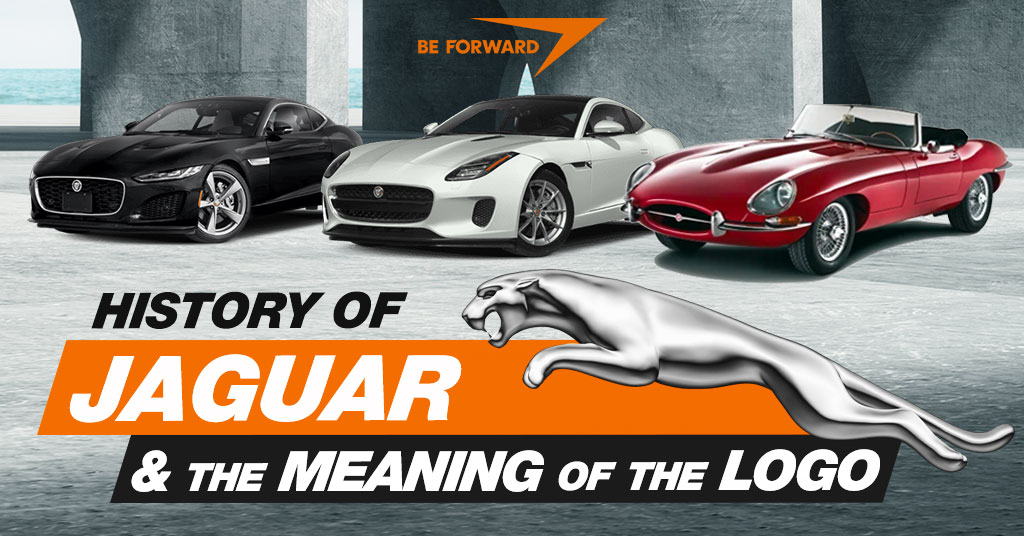 Jaguar is a British car manufacturer that specializes in the manufacturing of luxury vehicles with its headquarters based in Whitley, Coventry, England.

It all started in 1922 when two motorcycle enthusiasts by the name of William Lyons and William Walmsley founded a company they named Swallow Sidecar company that manufactured motorcycle sidecars. In 1934 Walmsley sold his shares to Lyons who then changed the company name to S. S. Cars Limited. In 1935 the S. S. Jaguar model was introduced, and in 1945 the company name changed to Jaguar Cars Limited.

Here we take a look at the history of the Jaguar company, its meaning, and the meaning of its symbol. Please read on.

In 1934 Walmsley decided to sell his shares, due to which Lyons registered a new company by the name S. S. Cars Limited and issued public shares to raise capital. S. S. Cars Limited, extended its business into complete car production in association with Standard Motor Co, which led to the introduction of their first car, the SS Jaguar 2.5-liter Saloon, soon followed by a 3.5-liter Sports model named S. S. Jaguar 100 – and a star was born.

In 1945, William Lyons changed the company name to Jaguar Cars Limited. Why? “Unlike S. S. the name Jaguar is distinctive and cannot be connected or confused with any similar foreign name,” said Lyons.

In the 1950s, Jaguar quickly gained fame with people from all corners of the planet pursuing the unique design and luxury features found in Jaguar models, which also featured great looks and were technically ground-breaking. The earlier C-type, D-type, and E-type Jaguar were the popular models.

However, Jaguar had a hard time keeping up with demand. This in part was due to some shortage in materials, specifically steel. In trying to avail this, the company forged some strong partnerships which enabled them to give drivers what they wanted.

In 1968, BMH merged with Leyland Motor Corporation and became British Leyland, which was nationalized in 1975.

What Does the “JAGUAR” Mean?

The Jaguar is an animal that when leaping forward means it’s on a mission, and if that leap is combined with a jump then the mission is about to be accomplished. This essence is reflected by Jaguar cars hence the choice of the jumping jaguar as its symbol which essentially is the spirit animal of the car manufacturer. Although the jumping jaguar hood ornament no longer appears on the hood of Jaguar cars, the famed logo is still highly revered.

The leaping jaguar is a symbol of strength, power, precision, and elegance with all these traits being evident and highly regarded by Jaguar. The new front roaring jaguar emblem still represents these characters whereby the metallic and silver coloration represents sophistication, the red represents the brand’s passion for driving and sports car culture, and Jaguar models are still designed and manufactured in the UK with this spirit in mind.

What Does the JAGUAR Symbol Mean?

In World War II ‘SS’ was the name of the notorious Nazi security apparatus, after the war ended Swallow felt the need to disassociate itself with the Nazis, so they decided to stop using the SS brand, and Jaguar became the official brand name.

In 1945, the Swallow company began using the leaping forward Jaguar as its emblem that we know today.

Some of the things you need to know about the Jaguar Symbol are:

Jaguar established its name on the higher echelons of luxury and sports car manufacturers from the 1930s with plenty of revered classic cars most notably the earlier C-type, D-type, and E-type models.

From this historical review, we conclude that Jaguar is a reliable brand that has proven time and time again that their cars are worth to be considered when you are in the market for a new car.

Please visit BE FORWARD and check out our list of 500+ used Jaguars on sale.