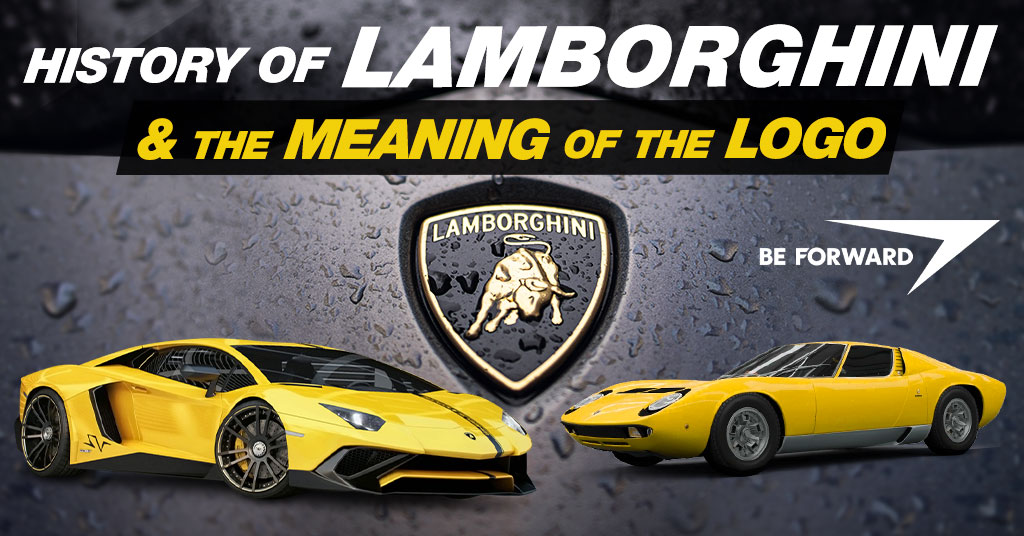 The company was founded by Ferruccio Lamborghini who was formerly involved in the manufacturing of tractors.

In this article, we will take a brief look at the history of Lamborghini just to get some insights into the company. Please follow through.

After the second world war, Ferruccio Lamborghini established a tractor manufacturing business by reconfiguring excess military machines, in Bologna, Italy. As time went by, he ventured into some other businesses, such as domestic heating and cooling systems, and as a result, Ferruccio became wealthy. His fortunes enabled him to buy several luxury sports cars, that included a Ferrari, which was one of the top high-performance sports cars at the time. His experiences in owning a Ferrari which included mechanical failures led to Lamborghini coming up with the idea of starting his own rival sports car company. And in 1963, Automobili Lamborghini was officially established in Sant’Agata Bolognese, Italy, and in the very same year, a two-seater coupe with a V12 engine known as the Lamborghini 350 GTV was unveiled as its first car.

In the 10 years that followed Lamborghini would rapidly grow into a prestigious brand, but then in 1973, a worldwide financial crisis followed by the oil crisis hit the company hard with sales falling at an alarming rate. This sequence of events resulted in Ferruccio selling a controlling stake (51%) of the Automobili Lamborghini SpA to Georges-Henri Rossetti. Further troubles engulfed Ferruccio’s tractor business which forced him to sell his remaining interest (49%) to another Swiss businessman, Rene Leimer resulting in the Italian no longer owning shares in the company and deciding to retire in 1974.

By 1978, Lamborghini was declared bankrupt. In 1980 the company was placed under the receivership of brothers Jean-Claude and Patrick Mimran. The Mimrans bought the company out of receivership and invested in the company’s expansion and model lineup which saw the introduction of the LM002 high-performance off-road vehicle and the Jalpa sports car.

VW attached Lamborgini under its Audi AG brand which saw the introduction of new products/models that breathed a new life to the company and increased its productivity.

What does the “LAMBORGHINI” mean?

Lamborghini is a unique Italian brand of supercars that was established in 1963. The word “LAMBORGHINI” does not have any specific meaning but rather a name that was taken from the company’s founder Ferruccio Lamborghini’s second name. But with time the company has built a reputation that is associated with its name, which includes delivering the most desirable luxury super sports cars with uncompromising quality up to the smallest detail. Quality is Automobili Lamborghini‘s core competence.

What does the LAMBORGHINI Symbol mean?

The Automobili Lamborghini’s logo features a bull, which refers to Ferruccio Lamborghini’s zodiac sign, the Taurus or a bull. But to add to that, Ferruccio was also a bullfight fanatic and that resulted in his choice of the bull to depict the logo.

The logo contains a golden bull prepared to fight placed on a black shield with the golden inscription “Lamborghini” above it.

Some Lamborghini cars also got their styles from famous bulls and some models had names related to bulls or bullfighting, including the Miura which was named after Don Eduardo Miura, who was a famed breeder of fighting bulls and Ferruccio’s friend. The Miura was a mid-engine sports car released in the mid-60s and was well-received and eventually gained Lamborghini an international audience among car fanatics.

Lamborghini is a big brand and over the years has produced several famous models that include 350 GT, 400GT, Miura, Espada, Speedo, Urraco, Jarama, Countach, Jalpa, Silhouette, Veneno, LM002, Diablo, Murcielago, Gallardo whose production came to an end, and Aventador, Huracan, and Urus which are still in production. These are/were all great cars in their own right and time.

Lamborghinis are available either as a roadster, coupe, or SUV.

If you are interested in buying a Lamborghini, please visit BE FORWARD and check out our list of used models on sale.