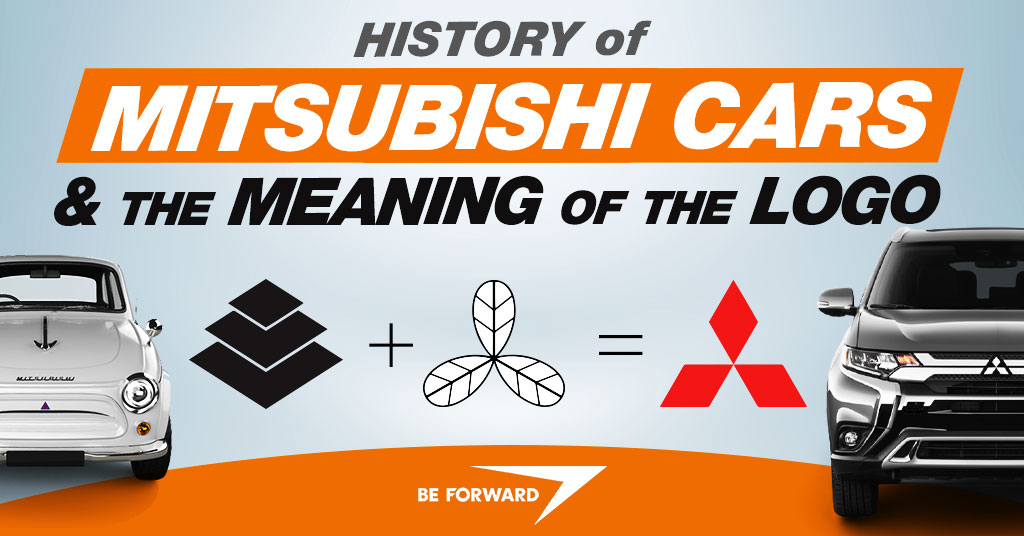 Mitsubishi is a group of autonomous Japanese multinational companies with interests in various industries.

Mitsubishi was founded by Yataro Iwasaki in 1870. Historically the Mitsubishi Group originated from the Mitsubishi industrial and financial conglomerate (zaibatsu) that existed between 1870 and 1946 during the Japanese empire. The conglomerate was broken up during the occupation of Japan after the Second World War. The segmented entities of the company collectively continue sharing the Mitsubishi trademark and brand. Although each company is an independent entity the group companies do engage in limited business dealings, mostly via the famous monthly “Friday Conference” directorial meetings. The four existing principal companies in the group are Mitsubishi Heavy Industries, Mitsubishi Electric, Mitsubishi Corporation, and MUFG Bank.

In 1870 Yataro Iwasaki started a shipping company with three steamships and named the company Tsukumo Shokai which would later be renamed Mitsukawa Shokai. In 1873, the company name changed from Mitsukawa Shokai to Mitsubishi Shokai. The Mitsubishi name consists of two words: “Mitsu” which translates to “three” which refers to the three oak leaves on the crest of the Tosa clan who were rulers of Yataro’s birthplace and his first employers and three rhombuses of the Iwasaki (Yataro’s family) crest, and “hishi” (which sounds “bishi” as “h” is often pronounced “b” in Japanese when it occurs in the middle of a word) meaning “water chestnut”, which the Japanese have used for a long time to symbolize a “rhombus” or a “diamond shape”, and these are present on the companies three-diamond logo.

In 1870 Yataro Iwasaki founded Mitsubishi, with its core business being shipping. Later Mitsubishi diversified into other businesses with most of them related to its core business. Some of the ventures include coal mining to gain coal for powering the ships, a shipyard for repairing their ships, an iron mill for supplying iron to the shipyard, established a marine insurance business to cover its shipping business and several other companies.

Mistubishi kept on investing in some other new and diverse ventures such as banking, shipbuilding, insurance, trading, paper mills, glass, steel, electrical equipment, real estate, warehousing, aircraft manufacturing, and oil. All these investments made Mitsubishi a conglomerate that was instrumental in the modernization of Japanese industries.

After a period of diversification Mitsubishi shipping eventually gave rise to the creation of three entities:

What Does the “Mitsubishi” Mean?

Most car manufacturing firms are named after their founders and some are named after something else. In the case of Mitsubishi, its name is far less obvious, so let us see where the Mitsubishi name and the red diamond logo originated from.

The name “Mitsubishi” is a combination of two Japanese words, “Mitsu” and “Hishi.” Then you must be wondering, where does the “b” sound come from? In Japanese (rendaku), when an “h” sound appears amidst other words, it sounds like a “b.”
Now let’s break it down. “Mitsu” means “three” in Japanese, and “Hishi” means a “water chestnut.” When these two words are combined you get the word Mitsubishi.

What does the Mitsubishi Symbol Mean?

As we have seen above, Mitsubishi came about as a combination of two words. Now let’s see how the symbol came about. We have learned that “Hishi” is a “water chestnut”, but what exactly does this have to do with a company name? Although “Hishi” refers to a “water chestnut” it can also be used to describe a rhombus shape, which is what it refers to for the Mitsubishi case. The rhombus is similar to the diamonds present on the Mitsubishi logo. Now, since “Mitsu” means three and “Hishi” refers to a rhombus, then Mitsubishi means “three diamonds” which now makes sense why the logo looks the way it looks!

But why three? The number three has been of much significance to the ancient people of Japan as three was like a symbol of strength, growth, and in some cases, superiority. Mitsubishi founder Yataro Iwasaki’s ancestors also believed in the power of three so much so that family crests usually featured three-shaped patterns with a three-shaped crest. His birthplace crest featured three oak leaves while his father’s family crest features a diamond shape. When you replace the three oak leaves with the diamond shape you get the Mitsubishi logo.

What about the red color? In Japanese culture there are myths, and one of them is that red color scares away evil spirits. Thus, many ancient Japanese antiques and good luck charms feature red adornments. But the red color also signified blood which was considered as the main life force, so wielding the red color signified strength, power, and fearsome.

The Iwasaki family has its core values which are: integrity, reliability, and success. These three core values are represented by each of the three red diamonds on the Mitsubishi logo.

We have seen how Mitsubishi under Yataro Iwasaki started as a small shipping company and eventually grew to a conglomerate (zaibatsu).
We at BE FORWARD are more interested in Mitsubishi Motors as we deal in selling used cars.
Mitsubishi Motors is an automotive car manufacturer that is very focused on its approach to building cars with its core values being reliability, integrity, and strength. Some of the cars in their lineup include RVR, Outlander, Pajero, Eclipse, L200, and several others. These are all efficient and reliable cars that will give you good value for the money you invest in them. Please visit BE FORWARD to check out our list of 6000+ Mitsubishi’s.