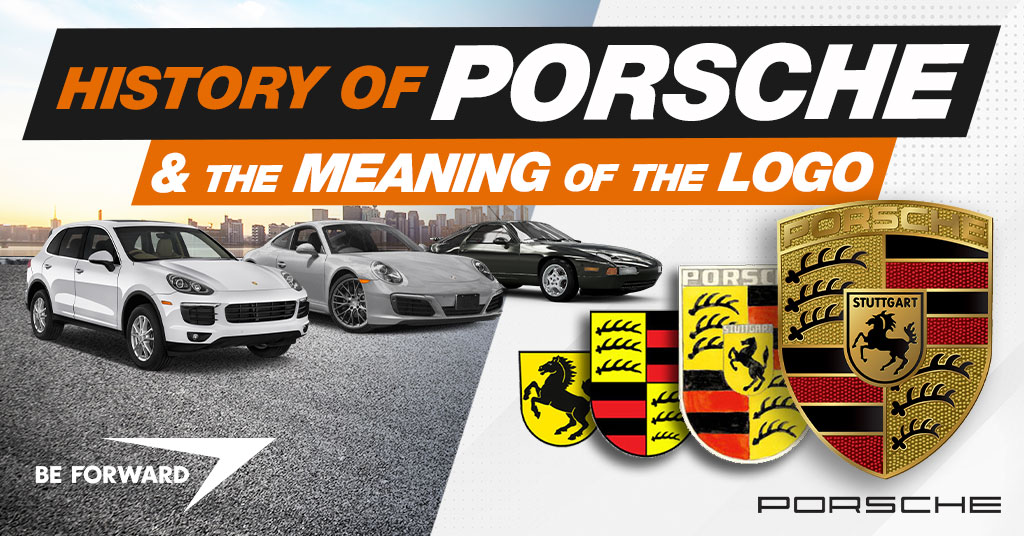 Porsche AG is a German automotive company that specializes in the manufacturing of high-performance luxury sports cars, sedans, and SUVs. Porsches headquarters are in Stuttgart, Germany.

The founder of Porsche, Dr. Ferdinand Porsche registered the company in 1931 and named it after himself when it was incorporated. From there on, Porsche began producing cars that eventually became legends for their performance and quality.

Let’s take a look at the brief history of the company, from its inception to the present. Please read on.

Ferdinand Porsche together with Adolf Rosenberger and Anton Piëch founded a company called “Dr. Ing. h. c. F. Porsche GmbH” in 1931. The headquarters of the company was at Kronenstraße 24 in the heart of Stuttgart.

Originally, Porsche was involved in motor vehicle development and consulting. Porsche’s first contract came from the German government that wanted them to design a car for the people. This request resulted in the development of the Volkswagen Beetle, which ended up becoming one of the best-selling and most successful car designs of all time.

Later Porsche came up with their own Porsche car which shared a similar platform with the VW Beetle. This first-ever Porsche model was named ‘Porsche 64’ and was released in 1939. It was uniquely designed and very upscale, which led to its warm reception and it immediately worn hearts.

In 1939 the second world war broke out which affected Porsche’s growth, but during the war Porsche’s factory began making vehicles for the German army which included tanks, the Schwimmwagen, and the Kubelwagen. After the war, Ferdinand was apprehended for 20 months for war crimes, and during that time his son, Ferdinand (Ferry) Porsche, ventured into building a new car for himself which resulted in the formation of the 356.

Under the supervision of Ferry Porsche, earlier models of the 356 were completely hand-built in a makeshift workshop inside a sawmill in Gmünd, Austria.

Later in 1950, the production of the 356 was taken over by Dr. Ing. h.c. F. Porsche GmbH in Stuttgart. Porsche assigned Reutter Karosserie which was a company based in Zuffenhausen, with whom they had previously worked on the Volkswagen Beetle prototypes, to manufacture the 356’s steel body.

The 356 project was so successful with production continuing for many years with about 78,000 units sold by 1967. And the experiences accrued from the 356 laid the foundations for the Porsches sports cars that followed.

In 1951, Ferdinand Porsche died and Ferry continued from where his father left off.  Ferdinand Porsche’s motto was to produce automobiles that had to be reliable and of high-quality sports cars, of a high utilitarian value.

In the early years of Ferry’s stewardship Porsche went on to manufacture the Spyder 550, a car that was so successful in races.

In 1964 Porsche introduced the 911 which was fitted with an air-cooled, rear-mounted, boxer engine. The 911 was designed by a team led by Ferdinand Alexander Porsche who is Ferry’s oldest son. The 911 took the legacy of the 550 Spyder by further, winning rallies and races. The 911 would go on and become Porsche’s most successful model, despite undergoing several upgrades and modifications. The 911 is still in production to date.

In 1996 Porsche celebrated its 1millionth production car, and in 1988, Ferry Porsche dies at the age of 88.

What Does the “PORSCHE” Mean?

Porsche is a German brand that produces luxury high-performance sports cars established in 1931. The word ‘Porsche’ has no meaning but like most cars of the time, it got its name from the second name of its founder, Ferdinand Porsche. But after years of producing cars, the name ‘Porsche’ has been associated with high quality, reliability, perfect sportsmanship, supremacy, beautiful designs, and new technologies.

What Does the PORSCHE Symbol Mean?

The headquarters of Porsche is in Stuttgart which was the capital of Free People’s State of Württemberg of Weimar Germany, but also the city where Porsches were built. This relationship between Porsche and Stuttgart led to Porsche using the horse found on Stuttgarts Coat of Arms on its logo.

The combination of antlers and red/black stripes was inspired by the seal of the Free People’s State of Württemberg whose state colors were black and red.

In general, the Porsche symbol pays tribute to Stuttgart where Porsche’s headquarters are based, and Württemberg’s seal and the old coat of arms as the origins of the Porsche logo in paying homage to its origins and a reference to Germany’s history.

While today the Porsche logo is a symbol of luxury, originally it was based on the “Coat of Arms of the Free People State.” The Porsche logo was designed during world war 2 and that’s where the designers took the inspiration from.

Today, the Porsche logo is a symbol of luxury, status, wealth, and car performance. The Porsche logo is widely revered in the auto industry, it is one of the most enduring, memorable, and easily recognized logos.

Earlier Porsches were coupes, sports cars, and convertibles. From the early 2000s, Porsche expanded their lineup by introducing four-door vehicles that include SUVs (Macan and Cayenne) and sedans (the electric Taycan and Panamera). These are all very good cars with a very good reputation.

If you are in the market looking forward to buying a Porsche, then we welcome you to visit BE FORWARD to check out our stock of 800+ used Porsches listed for sale, you are welcome to buy some for you, your friends, and loved ones.