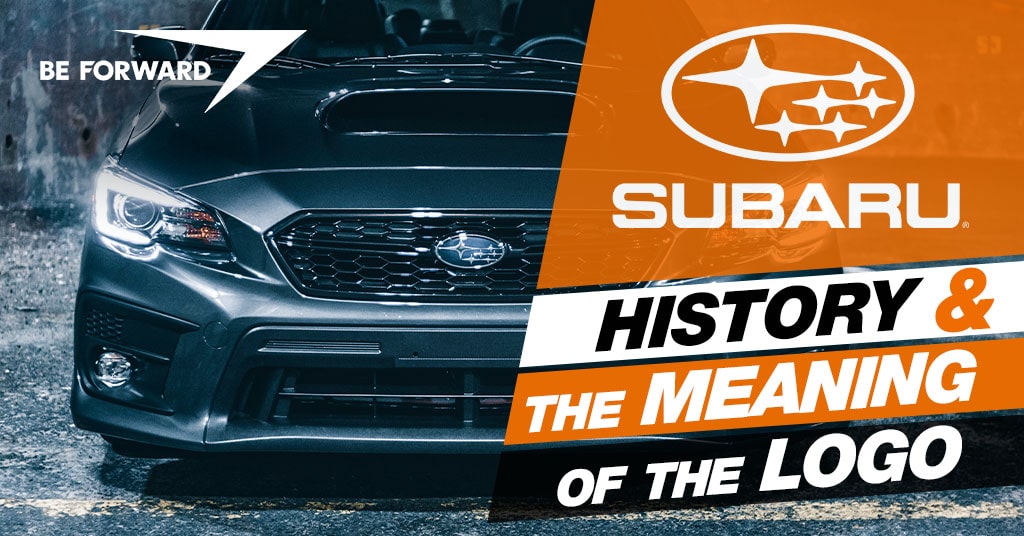 Subaru is the automobile manufacturing subsidiary of the Japanese transportation conglomerate Subaru Corporation (formerly known as Fuji Heavy Industries). The company was inaugurated in 1953 and a brand name from 1958. With time Subaru became more popular than its parent company Fuji Heavy Industries Limited which led to the parent company changing its name to Subaru Corporation in 2017.

Subaru was initially an aircraft research company named Fuji Heavy Industries (FHI) established in 1915, under the stewardship of Chikuhei Nakajima. In 1932, the company was restructured and renamed Nakajima Aircraft Company, Ltd, and in no time became the leading manufacturer of aircraft for the Japanese army during World War II. When the war ended, Nakajima Aircraft was restructured and renamed again, this time it became Fuji Sangyo Co, Ltd. During this transition, the company produced a variety of metal products using salvaged spare parts from the war and technology from the aircraft industry. Products included bicycles, motor scooters (Fuji Rabbit), bicycle trailers, pans, strollers, pots (cauldron), and more.

In the 1950s the Japanese government issued a directive famously known as ‘anti-zaibatsu legislation’ that required large companies to dissolve’ This legislation led to Fuji Sangyo breaking up into 12 small corporations in 1950, and later five (Fuji Kogyo, a scooter manufacturer;  Fuji Jidosha a coach builder; Omiya Fuji Kogyo, an engine manufacturer; Utsunomiya Sharyo, a chassis builder and the trading company, Tokyo Fuji Sangyo) of the heavy industries merged to form Fuji Heavy Industries (FHI) in 1953.

In the mid-1950s Kenji Kita then CEO of FHI came up with the idea of his company venturing into car manufacturing and shortly set about plans for building a car with the project code-named P-1. Kita launched a competition within the company for someone to come up with a good name for the car. Several names came up, but none of them was appealing enough. Eventually, Kita himself came up with a name, a Japanese name: Subaru. This Japanese name meant  “to unite, gather together” but also referred to the Pleiades star cluster.

After the war, the government of the war-ravaged Japan enacted a law whereby cars with a length of 360 cm or less and a petrol engine of 29 kilometers per liter or less will not be taxed. This was so due to scarcity of raw materials but also aimed at stimulating the local automotive industry. This law had a positive effect on FHI as they set about producing a car that conforms to these conditions, and this resulted in the production of the Subaru 360 which proved successful after the Subaru 1500 which was their first model not selling very well.

The Subaru 360 was introduced in 1958, it was a tiny 3m long rear-engine car with a 2-cylinder 358 cc air-cooled engine with 16 hp. The 360 eventually became very successful and enabled FHI to secure its position in the automotive industry, although earlier sales numbers were rather low, with only 604 units shipped in the first year of production. Sales kept improving with 5111 units sold by 1959, and 22,000 by 1961. Other models were introduced including the Sambar in 1961 followed by the 1000 in 1965, which introduced the Boxer engine which became a Subaru trademark. The 1000 was also the first front-wheel-drive production car in Japan, it came fitted with a 1.0-liter 4-cylinder engine with 55 hp.

In 1972 Subaru introduced the Subaru Leone, the first mass-produced all-wheel-drive car. The Leone was warmly received creating a buzz among car enthusiasts and engineers. The Leone and other AWD Subaru models that followed made Subaru occupy a leading role in the niche of all-wheel-drive cars free from other more powerful competitors.

In 1989, the famous Legacy was introduced, followed by the introduction of the Impreza in 1992.

In 1996, the well-known Outback was unveiled. It was a wagon with SUV features referred to as a “Sports Utility Wagon”, something never heard of in the automotive industry.

Other models on Subaru’s lineup include the P1, the 360, the Sambar, the 1000, the R2, the Domingo, the Alcyone, the Legacy, the Impreza, the Sambar EV electric van, the Forester, the Tribeca, and more.

What Does the “SUBARU” Mean?

Subaru means “to unite, gather together” in Japanese, but it also refers to the constellation Pleiades (part of the Taurus constellation).

With the naked eye in the Pleiades, six stars are all you’ll see (in fact, there are more than 200 of them), and from this observation, after the merger of six heavy industries that together formed Fuji Heavy Industries are presented by these stars, although originally five small stars represented the five company’s that initially merged to form FHI, with the larger star representing FHI.

What Does the SUBARU Symbol Mean?

Subaru‘s emblem consists of five small stars and a big star. These stars were put in place to represent five small companies that merged to become one big company. Although the emblem has evolved over the years with the arrangement of the stars changing, the five stars have always remained.

Subaru has developed a habit of producing cars with distinctive features that can confidently be referred to as proprietary developments, which are now utilized across the industry, such as boxer engines, all-wheel drive, and monocoque structure. Subaru’s are also known for their high quality and excellent performance for daily use and motorsport.

Subaru is guided by its own vision that describes what mobility should be like, to not aim to be everything to everyone. Their cars incorporate engineering excellence and technological ingenuity. Subaru’s symmetrical all-wheel-drive system is about confidence and freedom to go anywhere, anytime.

We at BE FORWARD have a stock of 5700+ used Subaru listed for sale. Please check out our stock and choose your next Subaru.