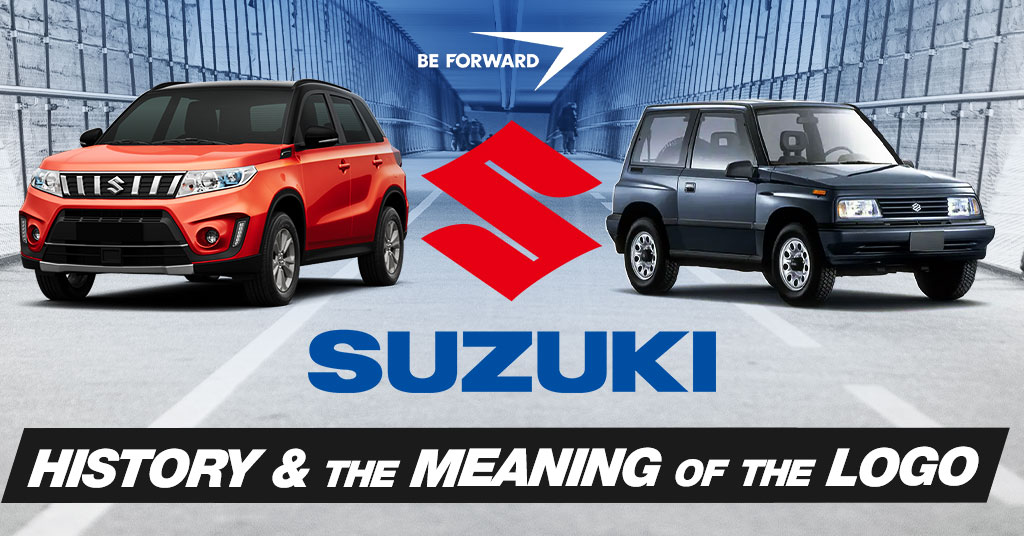 Suzuki Motor Corporation is a Japanese multinational that deals with the manufacture, development, design, distribution, and sale of automobiles, motorcycles, outboard marine engines, special machines, and a host of other small internal combustion engines.

Suzuki is broken down into three main divisions:

Suzuki was founded by Michio Suzuki in 1909 with its headquarters based in Minami-Ku, Hamamatsu, Japan.”

In this article, we are going to take a brief look at this 113-year-old company to learn about its journey from its humble beginnings to the giant it is. Please follow through.

Suzuki was founded in 1909 by Michio Suzuki who was born in a family of cotton farmers in 1887 in a small seacoast village called Hamamatsu 193 kilometers from Tokyo, Japan. This part of Japan was famous for its woodworking and textile industries.

As a result of being exposed to the woodworking and textile industries, Suzuki acquired skills in carpentry, and in October 1909, he launched the Suzuki Loom Company which was involved in the production of pedal-driven wooden weaving looms catered to Japan’s massive silk industry.

Eleven years later (1920), Suzuki Loom Manufacturing Company (Suzuki Jidosha Kogyo) was listed on the Tokyo Stock Exchange with Michio Suzuki as president, and by 1922, the company became one of the largest loom manufacturers in Japan. In 1929, Michio Suzuki came up with a new weaving machine that was more advanced. This new machine was later exported to other international markets such as India and other Southeast Asian countries. As a result of his inventions, Suzuki registered about 120 utility model rights and patents, and for the next 30 years, the company would focus only on the development and production of these extraordinary complex machines.

Despite Suzuki‘s success in the loom industry, Suzuki realized that the market for looms was limited and believed that for his company to grow, it needed to diversify. In the process, Suzuki saw an opportunity in the Japanese automotive industry and decided to venture into building small cars. In 1937 the small car building project began with the Suzuki research team dismantling the British-made Austin Seven; within two years the team had already developed several compact prototypes.

These early Suzuki cars were fitted with a liquid-cooled, four-stroke, 4-cylinder engine made of a cast aluminum crankcase and gearbox with 13 hp from a displacement of less than 800cc.

When World War II began in 1939, the Japanese government declared non-military vehicles a “non-essential commodity” and as a result, Suzuki‘s production plans for new vehicles were halted. When the war ended, Suzuki fell back to producing looms. Loom production was boosted by the U.S. government’s approval of the shipping of cotton to Japan. Suzuki‘s fortunes soared with the increase in orders from domestic textile manufacturers. But then things changed for the worse as the cotton market slumped in 1951.

Faced with immense pressure, Suzuki‘s thoughts resorted to motor vehicles. After the war, the Japanese populace had a significant need for affordable, dependable private transportation. Several companies began offering “clip-on” petrol-powered engines that could be attached to the typical bicycle for better propulsion. This proposition attracted Suzuki and he went on to build his own two-wheel vehicle, an innovation that was in the form of a bicycle incorporating a motor called, the “Power Free.” This bike was designed to be affordable and simple to build and maintain, with the 1952 Power Free bike having a 36cc, two-stroke auxiliary bicycle engine. Its unparalleled double-sprocket gear system gave the rider an option to either pedal with or without the engine assist, or totally disconnect the pedals and run on engine power solely. This invention led the new democratic government patent office to grant Suzuki financial assistance to fund further research in motorcycle engineering, and from there on the present Suzuki Motor Corporation was born.

In 1953 Suzuki released the Diamond Free 60cc, two-stroke auxiliary bicycle engine and by 1954, Suzuki‘s monthly bicycle production exceeded 6,000 units in the midst of a bike boom.

In 1955 the ColledaCOX 125cc, the four-stroke motorcycle was launched, and in that very same year, Suzuki ventured into the automobile business by launching the Suzuki Suzulight. The Suzulight was so innovative, it was a front-wheel-drive car with four-wheel independent suspension and rack-and-pinion steering, technologies that were not common in cars for the next three decades.

In 1963, Suzuki launched its first overseas subsidiary, the U.S.-based Suzuki Motor Corp., in Los Angeles. In the two decades that followed, Suzuki rapidly expanded into other parts of the world which boosted its sales and production.

In 1974, Suzuki ventured into the medical field by unveiling the Suzuki Z600 motorized wheelchair, and the housing market by introducing two prefabricated ‘Mini-House’ and three storage shed models.

In 1981, Suzuki began collaborating with other vehicle manufacturers by signing its first agreements with Isuzu Motors, Ltd.(Japan) and General Motors (U.S.).

In 1997, sales of Suzuki automobiles reached 10 million cumulative units in the overseas markets, while its four-stroke outboard engine won the Innovation Award at the International Marine Trade Exhibit and Conference (IMTEC).

In 2003, Suzuki celebrated leading the Kei (small cars) car sales for 30 consecutive years in Japan, with its total automobile sales in Japan peaking at 15 million units.

Suzuki continued expanding its global presence by setting up shop in numerous countries beginning with the Thailand plant in 1967, the Canada plant in 1973, the Indonesia sales rep in 1974, the UK sales and marketing in 1979, the Australia plat in 1980, the Pakistani plant in 1982, the India plant in 1983, the Newzealand and Germany plants in 1984, the Spain motorcycle plant in 1985, the Colombia plant in 1987, the Korea joint Daewoo plant in 1991, the Hungary Magyar plant in 1993, the Vietnam plant in 1996, the Chongqing China plant in 1998, and the Suzuki and General Motors alliance in 2000.

All these milestones have placed Suzuki among the top 10 automotive manufacturers in the world.

What Does the “SUZUKI” Mean?

Suzuki as used in Suzuki Motors Corporation has no specific meaning, but rather the name is taken from the surname of the company’s founder Mishio Suzuki. But for the company to have value and meaning to its customers, it has a slogan that says “Develop products of superior value by focusing on the customer”. This slogan gives the company its meaning and this is what Suzuki thrives on all these years.

What Does the SUZUKI Symbol Mean?

Suzuki‘s logo is probably one of the most established and globally recognized emblems in the automotive world. It was introduced in 1958, the logo featured a stylized letter ‘S’, which is the initial of the brand’s name with the Suzuki name underneath it. This logo has virtually remained unchanged and has become an icon.

The current variant of the Suzuki logo features red and blue colors. The red color stands for integrity, passion, and tradition, while the blue represents grandeur and excellence. The first Suzuki logo had a monochrome palette with a black ‘S’ placed on a white background. Current models come with an emblem that is all silver.

Suzuki is a multinational conglomerate that manufactures a host of numerous products that do not need any introduction and those that have proven time and time again their worth by being reliable, efficient, durable, and worth every penny invested in them.

We at BE FORWARD have 16000+ used Suzuki cars listed for sale. Please check out our site to find yourself a Suzuki.