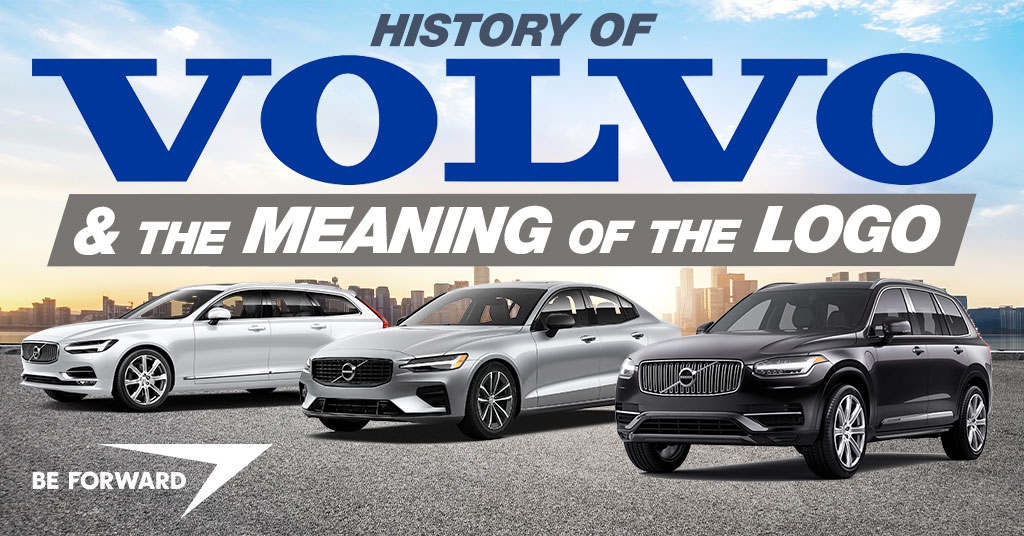 Volvo Cars is a Swedish multinational automotive manufacturer that has specialized in the manufacturing of luxury vehicles. The company manufactures sedans, wagons, hatchbacks, and SUVs. The company’s theme is safety, its Swedish heritage, and design.

This article will take a brief look at the history of Volvo to discover its journey from the beginning to the present. Please follow through.

The name Volvo originated from the Latin word “volvere” which means “I roll”. The Volvo brand name was registered as a trademark in May 1911 for the sole purpose of being used for a special line of SKF (Svenska Kullagerfabriken) ball bearings aimed at the American market. The idea didn’t come to fruition though, as SKF opted to simply use ‘SKF’ as the trademark for all its bearing products.

Although SKF opted to use its initials as the trademark for its ball bearings, they still held Volvo as their trademark and went on to establish it as their subsidiary in 1915.

In 1924, Assar Gabrielsson, then a sales manager at SKF was appointed as the managing director, and Gustav Larson a KTH engineering scholar was the technical manager at Volvo, and the two joined forces to start the construction of a Swedish car. They aimed at building cars that could endure the rigors of the Swedish rough roads and harshest weather conditions.

AB Volvo officially launched its activities on the 10th of August in 1926. After twelve months of preparations and ten prototypes, Volvo was ready to kick start the car production business as part of the SKF group. On the morning of 14 April 1927, the first-ever Volvo car, the Volvo OV 4 open tourer, drove out of the factory gates on the island of Hisingen, Gothenburg on the Swedish west coast.

In that first year, 280 Volvo OV4 cars were built. They came fitted with a four-cylinder petrol engine. The OV4 was followed by the introduction of closed top and convertible cars, which were designed to withstand the Swedish climate and terrain.

In 1935 AB Volvo was listed on the Stockholm Stock Exchange and its parent company SKF then floated its shares in the company for divestiture.

Although Volvo cars were well received in Sweden, they were not well known outside of Sweden until World War II ended.

Although it was unveiled in 1944, production of the PV444 passenger car would commence in 1947. The PV444 was the smallest Volvo at the time but still ate the lion’s share of Volvos production then, but it also spearheaded their move into the lucrative American market.

In 1963 Volvo began its international expansion by opening the Volvo Halifax assembly plant in Canada which became its first assembly plant outside of Sweden. Another plant followed in Torslanda, Sweden in 1964, and another one in Ghent, Belgium followed in 1965 becoming the second-largest Volvo plant then. Volvo kept on performing very well in the American market and in 1986 it sold 113,267 units in America. Then the emergence of Japanese models on the American market came up and ate Volvo’s share of the market which it never recovered.

After this turn of events, Volvo‘s then long-time CEO Pehr G. Gyllenhammar saw the need for Volvo to find partners to merge with as he felt Volvo was too small to be able to compete in the future. Several attempted mergers with other manufacturers never came to fruition.

In 1999, Volvo Group decided to sell its small-car business in order to focus on commercial vehicles. This news caught Ford’s attention as they saw the potential in acquiring a reputable and profitable mid-size European vehicle manufacturer, that is renowned for its safety aspects, as an addition to its list of group companies. On the 28th of January 1999 news broke of  Ford’s buyout of Volvo, and in the year 2000, the deal was completed at a price of USD 6.45 billion.

Due to this sale, the Volvo trademark had to be shared by two separate companies:

Ford attached Volvo to its premier brands which included Jaguar, Aston Martin, and Land Rover. As part of Ford’s premier cars, Volvo’s model range significantly expanded. Then in 2008, Ford sold Jaguar and Land Rover while deciding to keep Volvo. In 2008, the global economic crisis hit hard on Ford’s fortunes which resulted in Ford announcing a sale price of USD 6 billion.

At last, a Chinese company known as Geely Holding Group was selected to buy Volvo. The deal was finalized in late 2010 after approval from the respective bodies.

Under Geely, Volvo refocused and restructured its product lineup which ended up paying dividends as for the first time in Volvo’s 89 year history its total annual sales reached half a million cars in 2015.

What Does the “VOLVO” Mean?

The word ‘Volvo’ has its origin taken from the Latin word “volvere” which means “I roll”. This brand name was originally meant to be used on special ball bearings hence the meaning “I roll” was so appropriate, but then the need to use it on the ball bearings was shelved, but the trademark registration still withstood. Later SKF, which was the parent company and trademark owner, embarked on a car manufacturing business and decided to use the ‘Volvo’ name.

Volvo is known for prioritizing safety in their cars, and Volvocars have been synonymous with safety and Swedish quality.

What Does the VOLVO Symbol Mean?

The Volvo symbol is an ancient chemical symbol for iron, a circle with an arrow pointing diagonally skywards to the right. The iron sign is used to symbolize the strength, honored traditions of the Swedish iron industry known for quality steel and strength without compromising safety, quality, and durability. The diagonal metal strip across the grille was put in place to hold the actual symbol (circle with an arrow) in front of the radiator grille. The new car also got its name VOLVO written in its own typeface, Egyptian.

Volvo cars have many unique benefits that vehicles from other manufacturers do not offer. Volvo’s are known for their luxurious features, groundbreaking safety features, impressive off-road ability, robust and efficient engines, leading practicality, and elegant Swedish design.

If you are into exciting and modern design and strong emotive connection then a Volvo is a car for you.

Please visit BE FORWARD to check out our list of 1600+ used Volvo cars on sale.