Accept
TOP  >  Car Talk  >  Iconic Concepts: 5 Amazing Concepts That Should Have Been Produced

Automakers produce concept vehicles every year. Many cause nothing more than a ripple of yawns, but a few standout at every trade event they appear at. Some transcend the years to become iconic, leading many car guys to wonder what if. If you sat down with a group of those car guys, you could not get a consensus on which concepts are the most iconic ever dreamed up. What appeals to one, may not to the whole group. Luckily, only one person was asked to compile this list, making it much easier. Here are five of the most noteworthy concepts ever produced; in one maybe not so humble opinion. 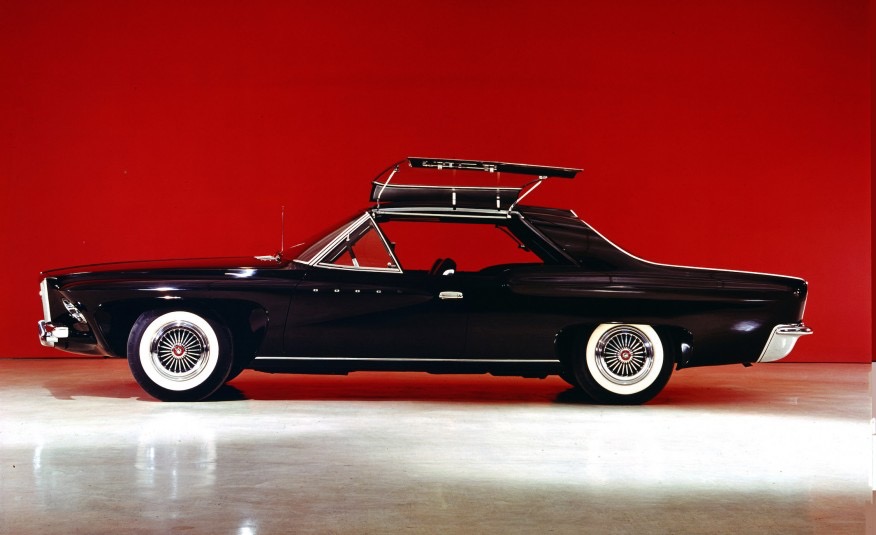 In 1961, Dodge unveiled this odd looking vehicle. The gull-wing windows were actually a window canopy that opened and closed with the doors. The interior sported 13 ”elliptical windows” in place of the traditional instrument cluster and the Flitewing really pushed the forward-lean look well before BMW made it cool. Add to that a ram-air 330 bhp 383 cu-in Wedge V-8 and you can see why this car should have made it into production. Dodge valued the car at $125,000 at a time when the average car had a sticker price under $3,000. Perhaps that is why it never made it down an assembly line. 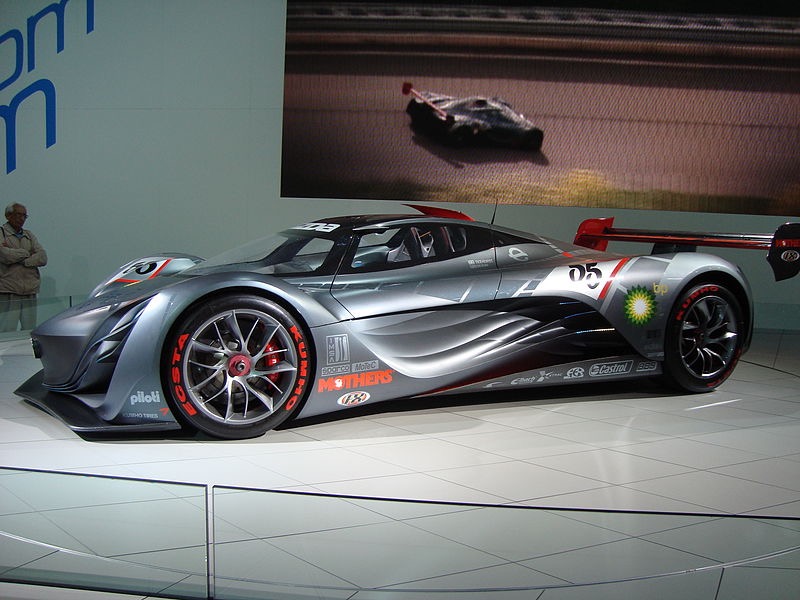 Revealed at the 2008 North American International Auto Show, the Mazda Furai was the last of Mazda’s Nagare concept line. The Furai was built on the Courage Competition C65 Le Mans Prototype chassis and was powered by a 20B 3-rotor wankel engine that offered up 450 bhp. The engine was built by world renowned tuner Racing Beat. The Furai was fully functional and tested on several tracks with hopes of Mazda reentering the Le Mans series. Unfortunately, that did not happen, but anyone can drive the Furai…all you have to do is buy a copy of Gran Turismo 5 or 6, Forza Motorsport 4, Gran Turismo (PSP), Race Driver: GRID, GRID Autosport, and Asphalt 8: Airborne among others. Sadly, the only prototype Furai caught fire during a Car and Driver photography session in 2008 and was totally destroyed. 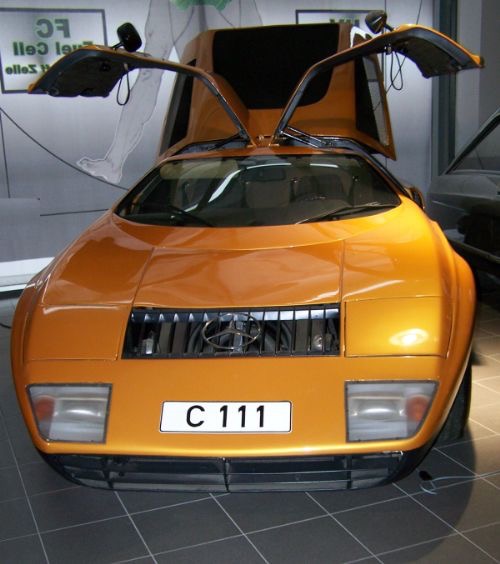 In 1969, Mercedes-Benz shocked the automotive world by introducing the C111. Not so much for its design or forward thinking technology, but because MB was not known for creating pie-in-the-sky concepts. At the time when MB showed up at a car show, it was to display the coming production models, plain and simple. The C111 was a whole other matter, though. Given its flying-wedge body and gullwing doors, you have to wonder if DeLorean took any inspiration from the C111, perhaps not the smuggling drugs in the car thing, though.

MB looked to the C111 as a research vehicle only, testing the rotary engine that was planned for the upcoming R107 SL roadster. The C111 was powered by a 3-rotor plant that pushed 280 bhp to the drive wheels, giving it a top speed of 261 km/h. Ah, what could have been! 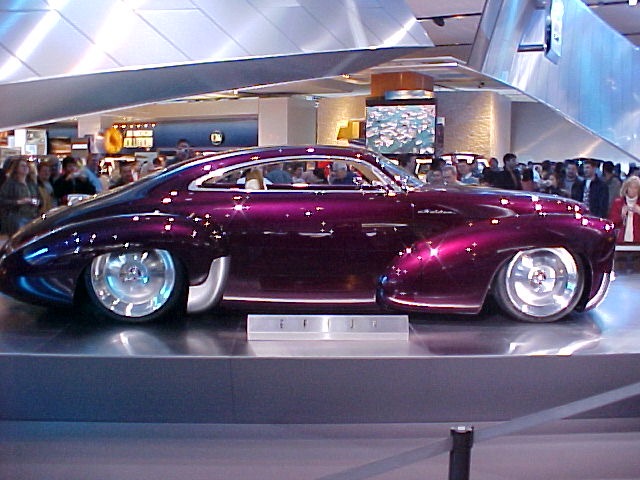 Outside of Australasia, the automaker Holden is not very widely known, but the company should be on everyone’s lips. The maker has been producing cars for nearly 100 years and has been a subsidiary of GM since the Great Depression. Since morphing into the company simply known as Holden earlier this century, the maker has concentrated on creating throwback concepts that have wowed the world.

The Efijy is a nod to the Holden FJ produced in the 1950s with a few upgrades. The Efijy is built on a Chevrolet Corvette plan, yet is powered by a 6.0L V8 complete with Roots supercharger. The set-up allows the Efijy to have an output of 644 bhp at 6500 rpm. The Efijy rides a pillow soft air suspension system that automatically lowers when the car is put in park. Another cool feature is the multipurpose display screen that disappears into the dash. 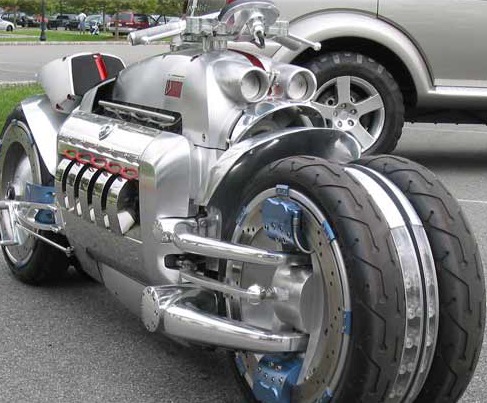 We couldn’t help but insert this motorcycle into this post. How could you skip over a motorcycle that is so badass as to be powered by a Dodge Viper engine? Chrysler designer Mark Walters built a bike around a 500bhp 8.3L SRT10 V10 powerplant, gave it four-wheels, and hoped for the best. The Tomahawk has a rated speed of 676 km/h and a 0-100 km/h time of 2.5 seconds. The ride was never tested at top speed, but did manage several runs of over 160 km/h. Wolfgang Bernhard, Chrysler COO at the time, wanted to produce the Tomahawk; however, the cost of each unit and the fact it wasn’t street legal anywhere in the world put an axe to the idea. Chrysler did eventually build nine Tomahawks and sold them all through the Neiman Marcus catalog for about 363,000 GBP. The company made sure to sell them with a strict disclaimer that they were not to be ridden, just viewed as rolling works of art. Makes you wonder if the disclaimer was actually heeded.

There you have the five most iconic concepts from one point of view. There are several others that were considered. Vehicles like the Jeep Mighty FC, GM XP-21 Firebird, and the Chrysler Atlantic were in the mix as well, but just couldn’t make the cut. Are there any other concept vehicles that you think should have been on the list? If so, let us, and the world,  know about them