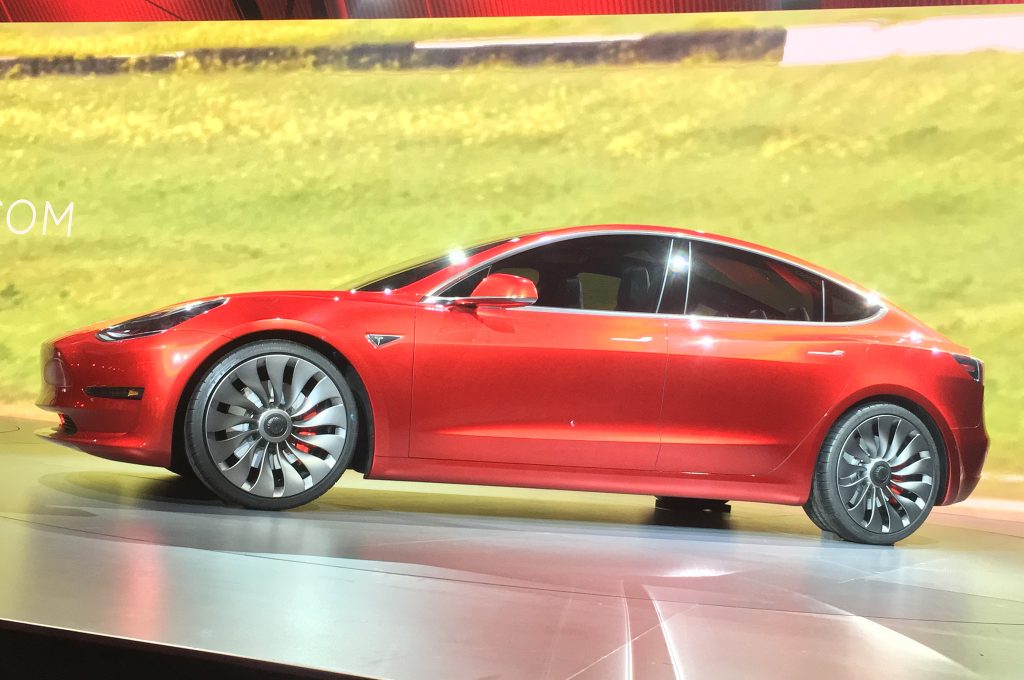 Tesla Motors has been tugging at our collective imagination for some time now. The first tug came when Elon Musk proposed to build an electric car that would capture the world with its styling and luxury while offering an unrivaled driving range. First out of the shoot was the Roadster. It delivered in every aspect, but was not the affordable option needed to create a mass appeal, but our imaginations were tugged at again. Next came the Model S. Yeah, a serious pull on the minds of car enthusiasts and environmentalists alike…a pair that rarely agrees on anything. Still, the Model S is too expensive for the mass sales needed to turn Tesla into anything other than a minor player in the automotive world, just barely above boutique status. On March 31, 2016 Tesla introduced the Model 3…a car that could make or break Tesla. 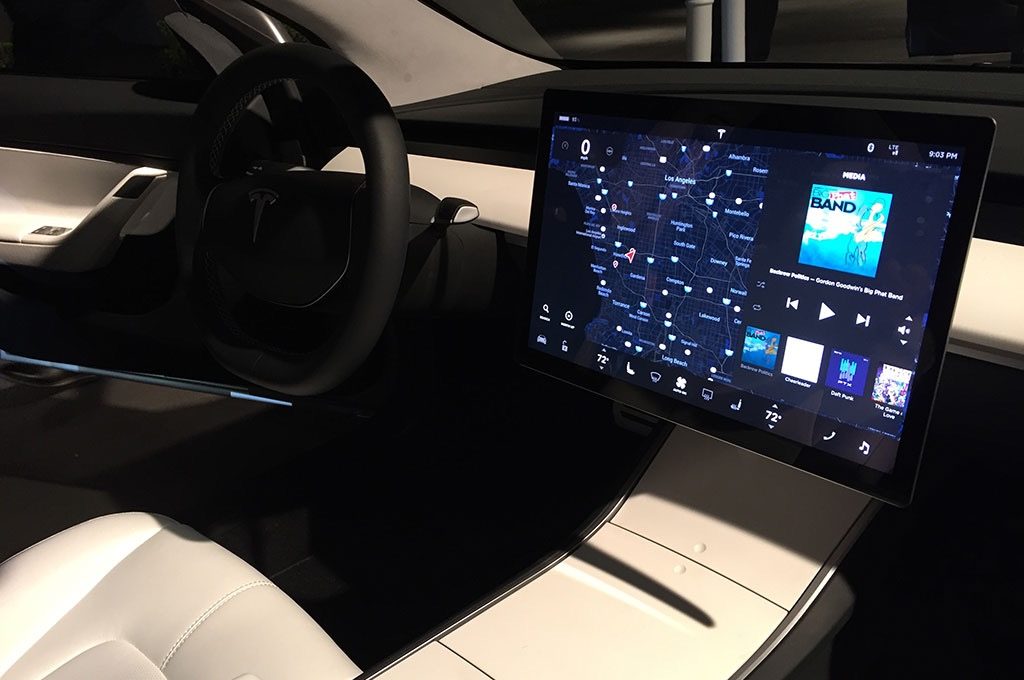 Elon Musk, and everyone at Tesla, has caught a serious case of laryngitis when it comes to the Model 3. The best anyone is willing to offer is that the 0-100 km/h time is less than 6 seconds, driving range is 346 km, and the starting price is set to be attainable to the masses…L25,700. What was offered were rides in the Model 3 prototype. From those rides, images and opinions have surfaced. Here is what a potential buyer should know before shopping.

Walking around the Model 3 is a stylistic treat. The car is sleek and taut. Many will be struck by the absence of a traditional grille and large slit wheels. Tesla has done away with the signature electronically recessing doors of the Model S in favor of a more traditional lever action. Open that door and you are treated to a familiar, yet futuristic feeling cabin space. Other than the familiar location of the steering wheel and the center console, the interior has been completely redesigned when compared to other Tesla models.

Tech lovers will enjoy the large display screen. At 38 cm(15 inches) it is one of the largest available in any passenger car. The screen is mounted in a landscape format, making it seem even larger. The screen is mounted so that it can be easily used by the driver or passenger. The Model 3 offers an updated version of Tesla’s proprietary infotainment program. The screen displays driver-centric information like     speed, range, and Autopilot status in the left-hand portion of the screen so that the driver only need to glance away from the road ahead to check these stats. The screen also displays a speedometer. That could take some getting used to: always looking to the side for speed instead of down.

The seating arrangement is a tad odd. The Model 3 is nearly identical to the BMW 3-series in overall dimensions, yet the front seats are noticeably pushed forward. The reasoning is simple, the Model 3 is meant to comfortably seat five. Since the Model 3 does not have an engine under the bonnet, the firewall has been pushed forward to add room in the cabin space. Cabin space has been further enhanced by the panoramic glass roof. The glass stretches from the top of the windscreen to the lid of the boot. The open view gives the Model 3 not only the illusion of a more open cabin arrangement, but the actual added headroom afforded by a thinner material. The added head space may be accounted for in millimeters, but it does add to the ”feeling” of roominess.

How Does It Ride? 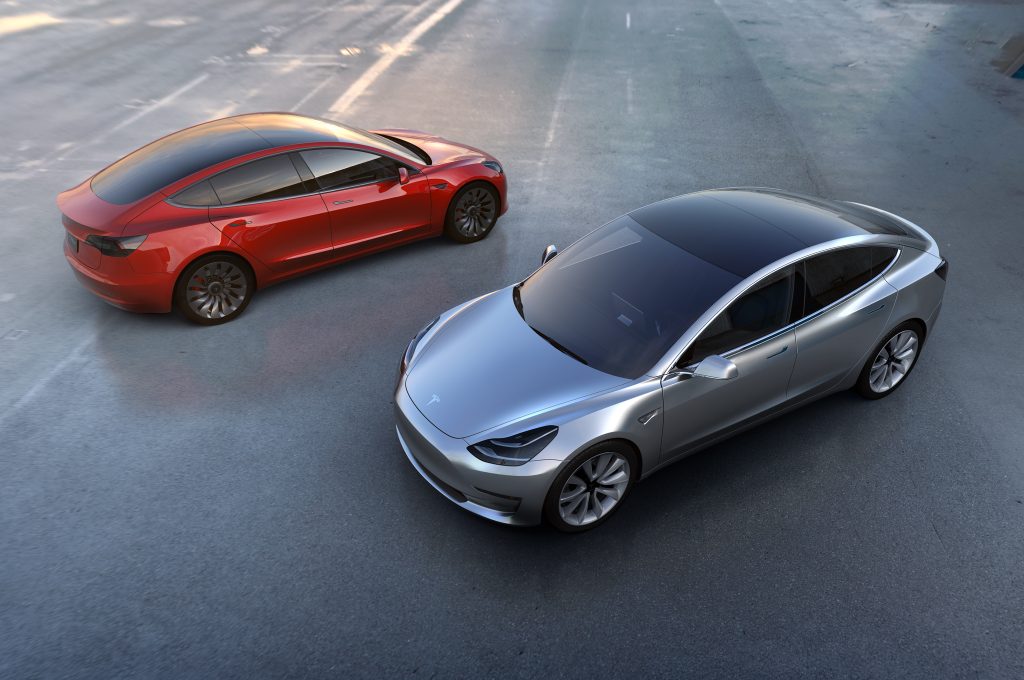 Driving the new Model 3 has been limited to Tesla employees. Even at the debut the only people allowed behind the wheel where wearing Tesla costume. Reviewers who have ridden in the Model 3 have said that the car blasts forward when the accelerator is pressed, even when burdened by five adults. In addition to being quick from the start, the Model 3 is quiet; disturbingly so, like only an all-electric car can be. There is some of the neck-bending torque that you will get from the Model S P90D; just enough to satisfy without leaving a sports car feel. The low center of gravity afforded by the floor-mounted battery pack helps to create superb handling and nearly eliminates body roll.

The Model 3 is set to reach the first customers by the end of 2017. What no one is saying is whether the car that was debuted is the production ready model or simply a prototype meant to arouse interest. As with many debuts, the production unit may vary quite a bit. Given that 137,500 people have placed a deposit on a Model 3, the car is set to thrust Tesla into the major automaker arena. An arena that quickly turns on you if you produce a single disappointing model. Good luck to Mr. Musk and team.