There is something about a luxury car that tells the world that the driver has arrived. The typical person views brands such as Mercedes-Benz and BMW as the current epitome of obtainable luxury, while Bentley and Buggati seem out of reach to everyone except athletes and the very wealthy. The brands mentioned all seem so permanent, but they are not necessarily so. Permanence in the luxury niche has proven as fleeting as the wealth that drives the  production of the end product. Brands that once inspired envy and lust, such as Issota-Frashchini and Stutz, now produce nothing but blank stares outside of the circles of automotive historians. We thought it would be interesting to bring a few of these former grand marques to the attention of our readers, so forthwith man! 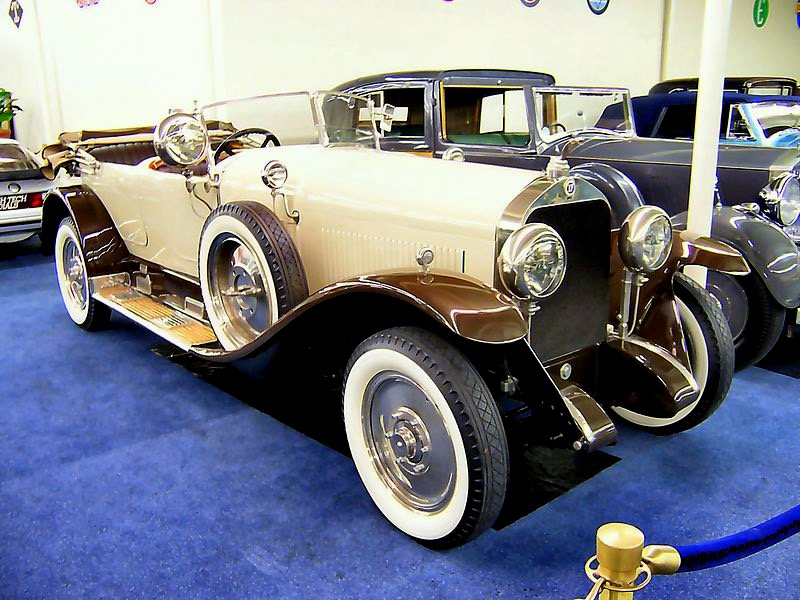 Prior to WWI, Issota-Fraschini was a typical automaker in that the company produced a wide variety of vehicles. Post-war, the company transformed itself, producing luxury models only. The first car the group produced post-war was the Tipo 8 shown above. The Tipo 8 featured the world’s first aluminum block straight-eight engine and was sold as a bare chassis only. Custom coachwork was built by design legends such as Carrozzeria Castagna and Cesare Sala, among others. At one time being driven in an Isota-Fraschini automobile was the height of wealth. The King of Egypt and the Queen of Romania were great admirers of the brands as were Rudolph Valentino and William Randolph Hearst. 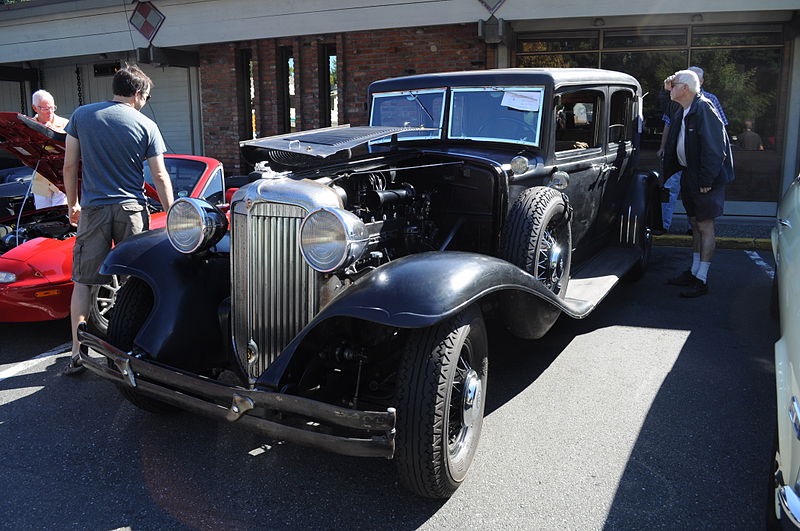 Borgward began producing cars very early, starting with a three-wheel cart and a 2 bhp motor. Prior to WWII, Borgward produced its three-wheel vehicle in large quantities for the German postal service. After the war, Borgward began to focus on the luxury market, starting with the Hansa 1500 (Borgward had absorbed Hansa prior to the war). Perhaps on of its best offerings was the 1952 GP 700E pictured above. The 700E was powered by a smallish engine, a two-stroke 700-cc power box, but it was the first production car to use direct injection. In 1954 the company introduced the Isabella, becoming a household name thereafter. The company went insolvent in the early 1960s, but the founders grandson is attempting to revive the brand. A luxury SUV, the Borgward BX-7, was introduced at the 2015 Frankfurt Auto Show. 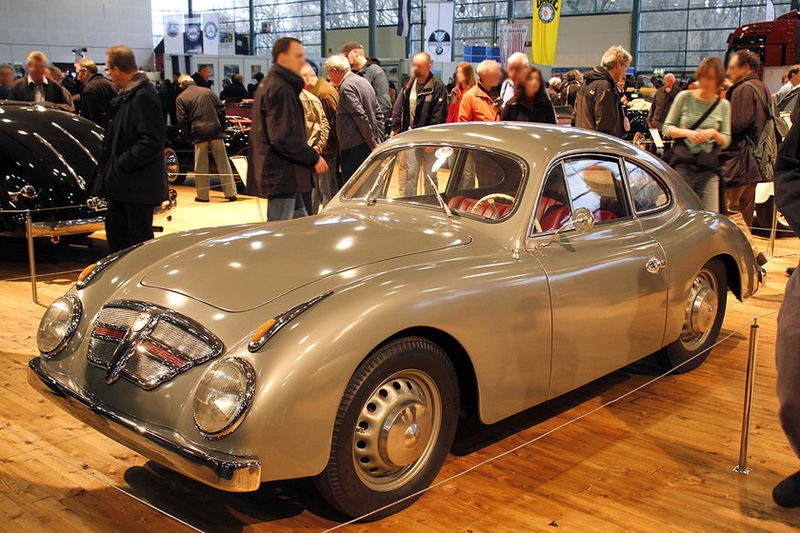 Cord was a part of the Auburn Automobile Company. Auburn may be best known for its Duesenberg line, but the Cord line essentially saved the brand from bankruptcy long before the Great Depression that eventually shuttered its doors. The first offering from Cord was the L-29, a sporty two-seater that epitomized the best styling of the day. The L-29 Phaeton pictured above was a much more luxurious version that was sought ofter by film stars and wealthy business-types alike. Unfortunately, the L-29 was debuted the same year the Great Depression began in the United States, so was only offered for two years. Cord returned in 1936 for another two year run, but folded with the rest of the Auburn marque after the 1937 model year. 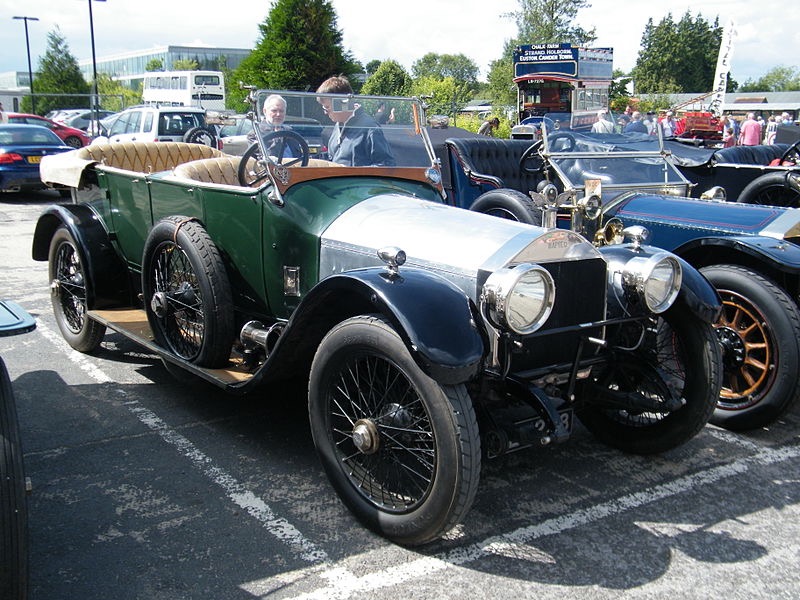 August Horch grew tired of working for Carl Benz and founded his first automobile company in 1899. Like many German automakers of the time, his vehicles featured refinement and innovation. By 1910, his devotion to racing and subsequent failures in the field, led to his being ousted by the board of directors. Fortunately for the public, he went on to found Audi. After Horch was removed, the company retained his name and continued to build innovative cars. The company was at the forefront of innovations like dual overhead-cam straight-eights, four-wheel independent suspension, servo-actuated brakes, transverse leaf springs, and five-speed gearboxes with constant mesh.

Chrysler used the Imperial brand to badge its largest, most grandiose creations throughout the 1920s and 1930s. The 1931 Chrysler Imperial pictured above is a prime example of the over-the-top rides of the era. From 1955 through 1975 the brand was a stand-alone company within Chrysler Corp. During the fin craze in North America, Imperials were the height of style. At one point, Imperial limousines were built by Ghia and would cost the equivalent of L83,400 in modern cash. Considering the average car of the period retailed for less than L3,000, that was an astronomical price tag, indeed!

By 1895 the British engineering company D. Napier & Son was on the precipice of bankruptcy. Montague Napier inherited the company the same year and began to look for a way to bring the company back to profitability. He settled on building luxury automobiles. In less than a year, Napiers were being raced by S.F. Edge. The pair painted their racers all green, introducing British Racing Green livery to the world. Six-cylinder Napiers, producing as much as 90 bhp, challenged Rolls-Royce in quality as well as price. Napier began building aircraft engines during WWI, where the company found a permanent niche. The last cars were produced in 1924, but the company continued to build aircraft engines until it sold the aircraft division to Rolls-Royce in 1961.

By 1912, Cadillac was calling itself the ”Standard of the World”. Considering that a Cadillac could cost L3,300 when the average car had a top price of just L525, there was plenty of room for automakers to build mid-range cars. In order to appeal to a less affluent market, Cadillac created the LaSalle division. Body styles like the Transformable Town Cabriolet and the All-Weather Phaeton were among the most distinctive cars on the road at the time and were on par with the top Cadillac models for luxury appointments. While the brand did not survive the consolidation craze of the early 1940s, LaSalles are among the most coveted cars within collector circles.

There were many other luxury brands that passed with the Gilded Age that could have made this list. Some that come to mind are Duesenberg, Daimler, and Stutz. Each is a reminder of a time when makers built cars on order only or built luxury items into models that were so innovative they did not appear in average cars for decades Our hats are off to these amazing vehicles.