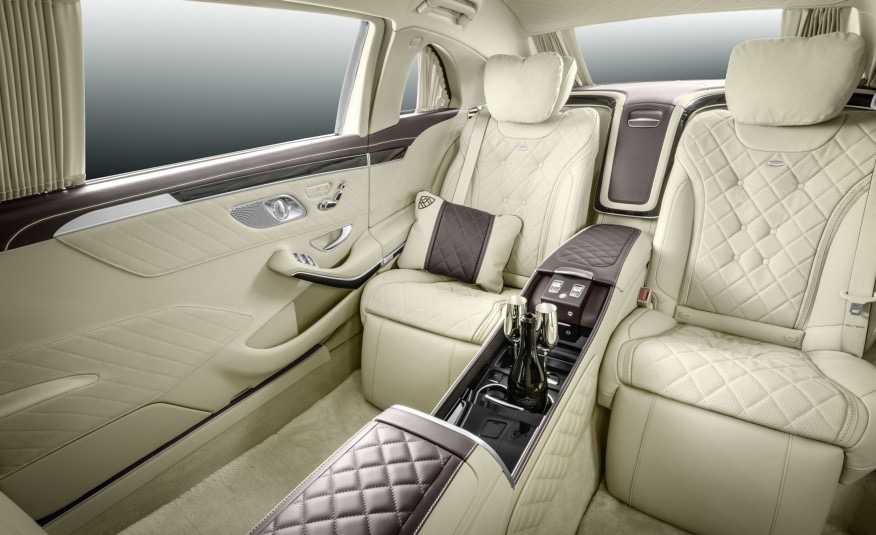 One of the oddest fascinations that many people have is to read about the things the ultra-rich can buy for themselves. Most of the items make absolutely no sense to the average bloke; but, it is fun to read about them and shake your head in disbelief. Automobile options like the mechanical dash clock that Bentley revealed for the 2017 Bentyaga, priced at L119,500 are true head-shakers, but that is just a pittance when compared to some of the outrageous options that have been available over the years. Granted, adding the clock nearly doubles the base price of a Bentyaga and your cell tells time more accurately, but when you have it, why not blow it needlessly? 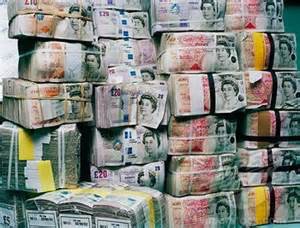 After scouring the web and old archives, our list of insane indulgences had to be pared down to fit into one post. So, it is limited to ”ordinary” options like the ones that can show up on an automakers configurator, skipping over the catered items like matching wood from a specific tree or mixing paint to order. You know, the stuff that you can get from Rolls Royce and others. With that caveat in mind, here is a list of some of the auto world’s most incredible indulgences. 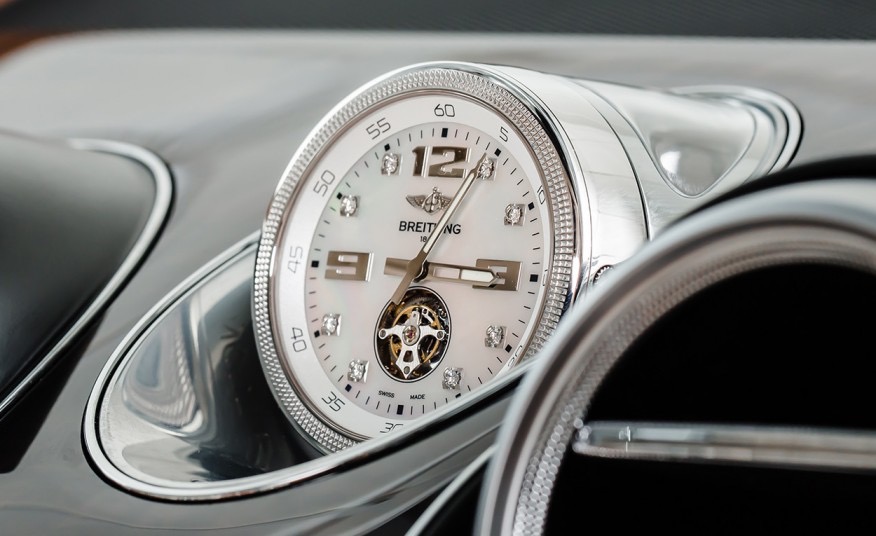 Since we teased you in the intro with the dash clock in the Bentyaga, here it is. Right out of the gate, Bentley offered the L209,000 First Edition Bentyaga. It came with the buyer’s choice of Breitling watches. The limited run sold out quickly. For the second run, Bentley is offering the Mulliner Tourbillon by Breitling, a mechanical clock for the dashboard. Only four buyers per year can opt for the clock because a single craftsman builds it and takes three months to produce a single unit! The body of the clock is machined from a solid billet of gold and the face can be rendered in ebony or mother-of-pearl. Eight diamonds denote hours and the tourbillon, a complex mechanical device featured in the Swiss movements, is open at the 6 position. That still doesn’t explain the L119,500 price tag. 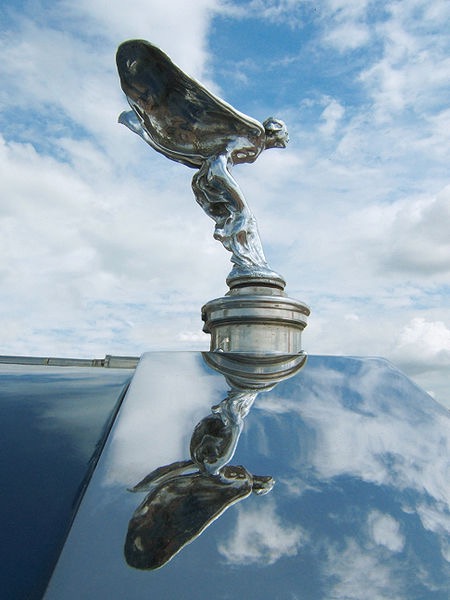 Rolls-Royce is known for its service and personalization of the cars that it sells. That is why Rolls has its own section on this list, it goes to many lengths to make each car stand out from the others sold. Perhaps the best known aspect of a Rolls is the Spirit of Ecstasy. The Lady has adorned Rolls-Royce vehicles since inception. Today, buyers can opt to have her moulded from solid gold, silver, or rendered in polycarbonate with LED lighting. To add serenity to your ride, you can task Rolls employees with building the Starlight headliner. Said employees will then hand-place 1,340( for the Wraith) or 1,600(for the Phantom) fiber optic lights into the headliner, producing a starry sky above your head at all times. If you really want to impress your passengers, Rolls will place the lights in the exact location of the constellations…in bespoke units only and for an added charge, of course.

Mercedes-Benz revealed its newest version of the SL sports cars at auto shows around the world. One of the additions for 2017 are the air vents in the seats for the optional Airscarf system. The system will blow warm air onto your upper body, effectively extending the ”top-down season” for SL, SLK, and E-class cabrios. Admittedly, this option is fairly inexpensive at just L2,382, but it just seems like such a waste of hard-earned money, that it had to make the list. 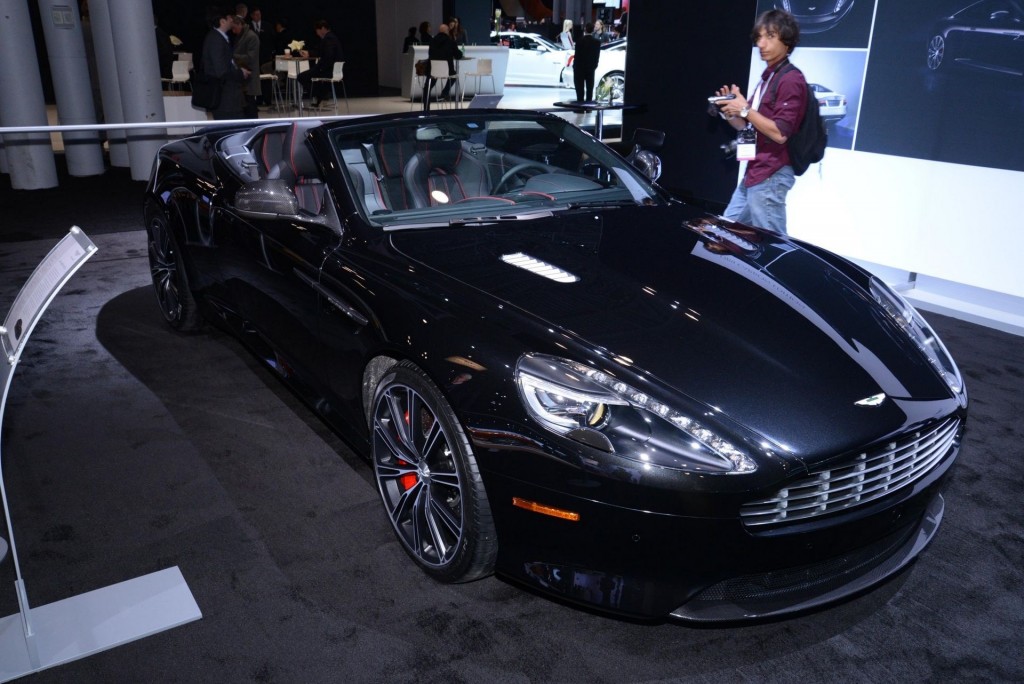 Ask any car tuner and they will tell you that carbon fiber is amazing. Lighter than aluminum and harder than steel, the material is the ultimate way to shed weight to improve your car’s performance. It can be added to any car, but Aston Martin likes to do things in a singular way, so the company offers an exterior carbon fiber package for the DB9. Running a mere L6,387 it isn’t too much of a hit to your wallet. If your DB9 still isn’t light enough, Aston offers an interior package for an additional L3,780. In case having your car customized isn’t quite your bag, you can buy the Carbon Edition DB9 at L141,330. There is a roadster version, naturally. The Volante version of the Carbon Edition will set you back L151,870, but what is a few quid amongst friends.

While Aston Martin is on your minds, buyers can opt for a transponder watch. This is a luxury mechanical work watch that has an electronic transponder embedded. With this option, your watch will recognize your DB9 or Rapide and unlock the doors as you approach or lock them as you walk away. Aston asks a scant L20,730. That is a bit ridiculous considering James Bond got one for free way back in the 60s.

Leather seems like a near standard around the  world. You can get leather in your base model Toyota. Even Tata is offering leather, but not quite to the standards of Porsche. Buying a new Panamera is an experience in itself; but, should you have a leather fetish, you can easily slip into ecstasy. A Panamera can be ordered with leather just about anywhere in the interior. Vent slats, sun visors, doorsill guards, steering columns, fuse-box covers, coat hooks…all fair game for a good skinning. Your wallet is the only limiting factor.

Need more than leather? The  Mercedes-Maybach S600 Pullman limousine has the answer for you. The  Executive Rear Seat offers center-row seating with extended legroom expanse, two seats that can each accommodate a Smart Fortwo, and powered footrests. The footrests can be an annoyance when you are trying to reach for the champagne bottles in the refrigerated compartment. Not wanting to spill the bubbly? You will want to spring for the silver flutes that nestle tightly into the cup holders.

These options may seem outlandish, but they are nothing compared to those offered on hypercars or built-to-order vehicles. With so many luxury options, how do the ultra-rich have time to concentrate on making money?