Today’s premium sedans may not be entirely hand assembled as they were in the past, but they are where you will find the most up-to-date technology and opulent appointments offered by each automaker today. Most automakers have a luxury example available, but there are several models that stand out in what has become a crowded market.

Four stand out premium sedans that come to mind rather quickly are the BMW 3-Series, Toyota Premio, Mercedes-Benz C-Class, and the Toyota Mark X. Let’s have a brief look at each with the hope that we can help you narrow your search.

The BMW 3-Series is uniquely placed within the luxury market. It is somewhat of an entry level premium saloon, yet it is not BMW’s lowest priced offering; therefore it is equipped with some of the upper tier technology found in the 5 and 7-series cars. Currently in its sixth generation, the BMW 3 can be fitted with any of four turbo petrol engines or one of two available turbo diesel powerplants. 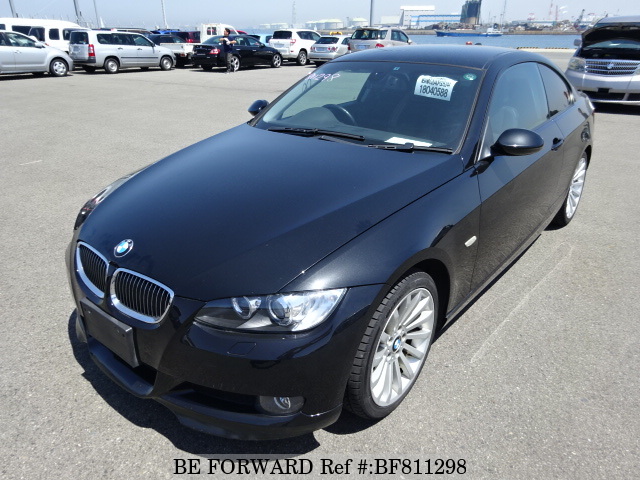 A plug-in hybrid was introduced for the 2016 model year, but has not hit the used car market as yet. Gearbox options are a six-speed Getrag manual or an eight-speed ZF automatic. 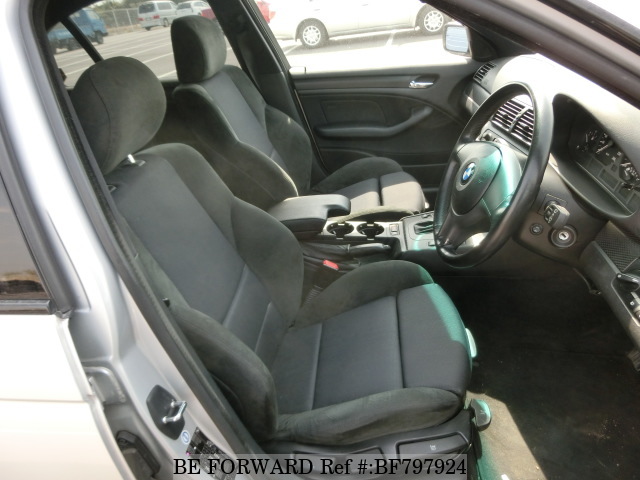 The sixth generation replaced the traditional mechanical shift lever with a shift by wire unit similar to that found in the 5-series. The LCD and iDrive scroll button on the steering wheel are now standard in the BMW 3-series, and GPS navigation and a 22.4 cm display are part of the Technology and Navigation packages. In addition to all of the cutting edge tech and sumptuous luxury, owning a BMW 3 comes with a prestige factor that will not be found with many other cars.

The Toyota Premio is a relatively recent addition to Toyota’s premium car line-up. Introduced in 2001, it is now in its second generation. What it may lack in long-term provenance, it makes up for in luxury appointments and technology. 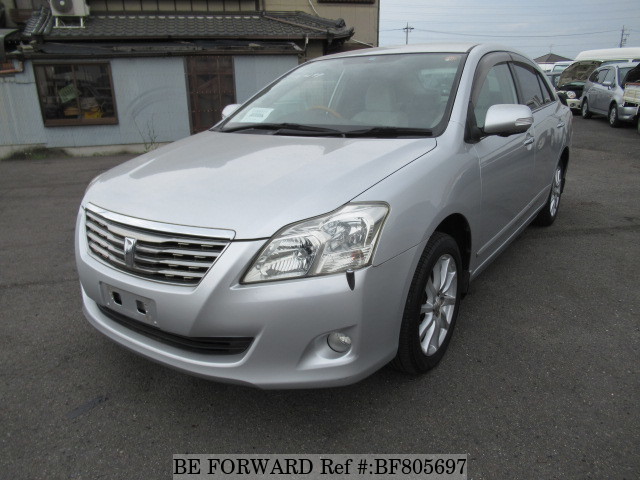 The second generation of the Toyota Premio can be powered one of three petrol engines, all of which are paired to a durable CVT gearbox to improve fuel economy. 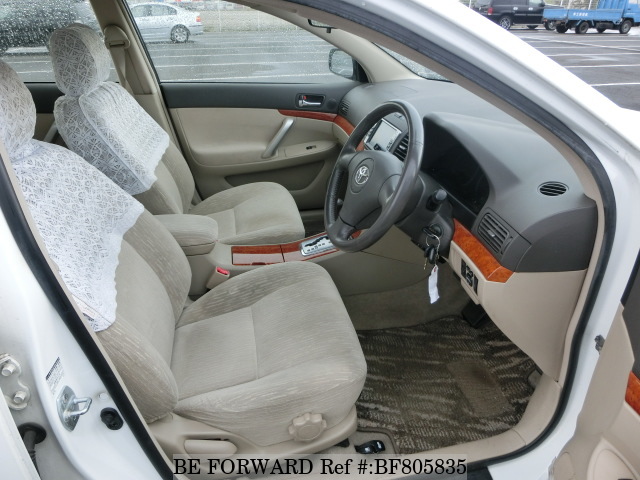 Above: Interior of a used 2006 Toyota Premio

A concern for fuel efficiency is not commonly found in luxury executive cars, so kudos to Toyota for recognizing the need for it! In addition to the wood and silver accents found in the Toyota Premio, the second generation brought the inclusion of an LED taillamp cluster, smart entry and start system, a color rear-view monitor, and hard disk G-Book mX telematics service.

The Mercedes-Benz C-Class, like the BMW 3-series, is one of the best known luxury sedans around the world. In many markets, it is considered the epitome of affordable luxury. Introduced in 1993, the Mercedes C-class is now in its fourth generation and still leading the pack with strong sales and awesome technology upgrades. The Mercedes C-Class is so reliable that it is among the top selling luxury saloons in the used car market as well. 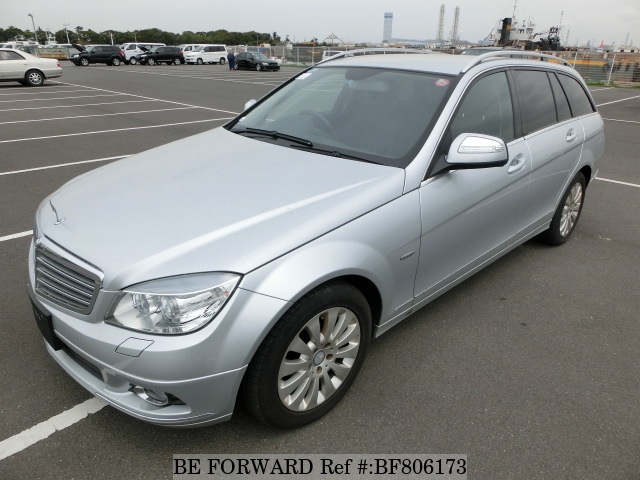 The current generation has only been on the market for a few years, so very few have made their way to the used car arena. With that in mind, let’s look at the powerplants and options for the W204 third generation that took us through the 2014 model year. Under the bonnet, buyers may find any one of four petrol engines. Some are supercharged, others are turbocharged. If you opt for an AMG unit, it will have both. In addition to the powerful petrol options, the Mercedes-Benz C-class offers three diesel options. Gearbox options include a six-speed manual, a five-speed automatic, and a seven-speed automatic. 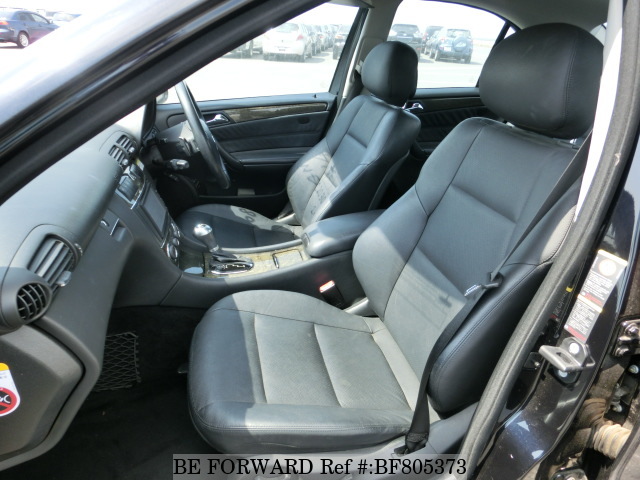 Above: Interior of a used 2007 Mercedes-Benz C-Class

Options for the W204 Mercedes C-Class include: a color LCD screen that displays radio and vehicle functions, the COMAND APS with navigation system, turn signals on the side mirrors, LED foglamps, the Agility control package that automatically adjusts damper and suspension settings based on road conditions and driver habits, and the Advanced Agility package that adds a sport mode.

The Toyota Mark X was introduced in 2004 to replace the Toyota Mark II. It is often seen as being a mix of the sporty Toyota Chaser and the luxurious Toyota Cresta. It is the same size as a Toyota Camry, but offers a front-engine rear-wheel drive set-up that cannot be found in a Camry. Buyers can also opt for all-wheel drive when buying a Mark X. 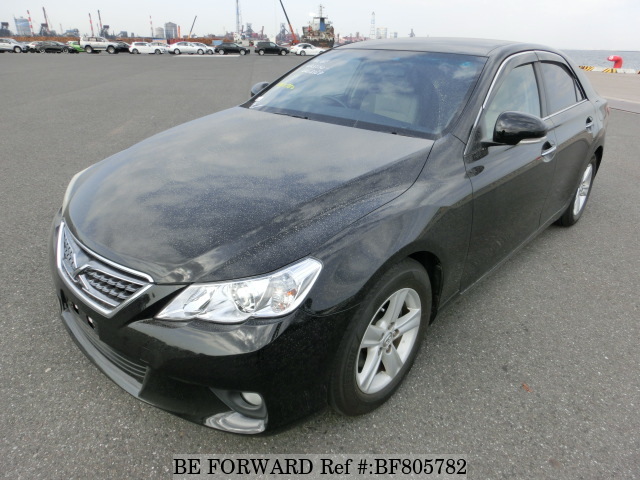 The Mark X can be powered by any of four V6 petrol engines that offer between 212 bhp and 314 bhp; more than enough power for any driving conditions. The 2GR-FSE engine that produces 314 bhp was selected for the Ward’s 10 Best Engines list for 2006, 2007, 2008 and 2009. For higher performance, buyers can opt for the Mark X +M Super Charger edition. For this edition, Toyota’s in-house tuner Modellista installed a supercharger on the 2GR-FSE to increase output to 355 bhp and 498 N-m of torque. 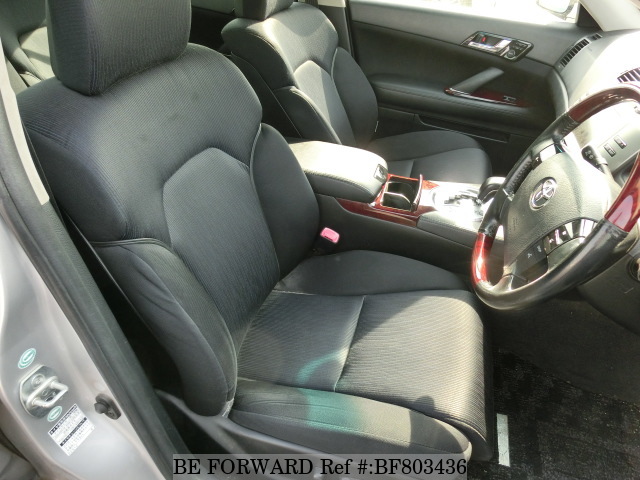 Above: Interior of a used 2005 Toyota Mark X

The Toyota Mark X is available in four trim levels, but the Premium is the one we will discuss here. The Premium trim level offers a plated grille and a trim specific front bumper along with distinctive side skirting. The Mark X Premium is equipped with much of the latest technology. The highlights include: radar cruise control, a crash detection system with automatic brake activation, a retractable rear sunshade, automatic self-parking, heated and cooled front seats, and electronically adjustable shock absorbers. The standard upholstery is Alcantara, but leather is an option. Super UV cut glass and nanoE air ventilation system round out the options for the Premium trim level.

While these four used sedans are some of the best on the market, if you have another model or automaker in mind you can view our entire inventory of sedans by clicking the button below: