Each time Porsche turns its focus to a major revision of the 911, many fans of the series worry that the classic GT will be lost in the interest of modernization. The announcement of the 2017 Porsche 911 Carrera PDK Automatic is one such revision that has caused more than a few Porsche aficionados to start speculating on the downfall of the entire 911 species. We thought it best to try to allay those fears by telling the new GT’s story. 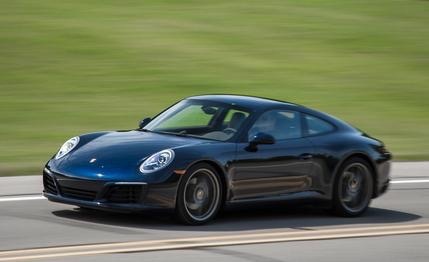 The 911 has featured a naturally-aspirated flat-six since its introduction during the 1963 Frankfurt auto show; a feature that has defined the entire car. The exception to the naturally-aspirated rule has always been the 911 Turbo, Turbo S, and the GT. Starting in 2017, all 911s will feature twin turbochargers with the exceptions of the GT3 and the 911 R. This switch to turbochargers is the basis of most concerns that the 911 is going to take it on the chin.

The main reason for the twin-turbo setup is the fuel economy targets that governments around the world are setting for all automakers. Porsche was forced to reduce piston displacement to meet those targets. Not wanting to reduce the 911’s power output, Porsche turned to the twins. In addition to the turbos, Porsche has taken its stop/start technology a step further. The 911 will automatically turn off its engine while it is still rolling to a stop. The addition of the dual-clutch automatic gearbox(PDK) has an interesting coasting function as well: it will return the car to idle just about anytime a driver backs off the petrol. This causes an aggravating lurch as the car returns to the engine speed necessary to match the reengaged gear-ratio. Of course, this fuel sipping technology is bypassed when the car is in Sport or Sport Plus mode. 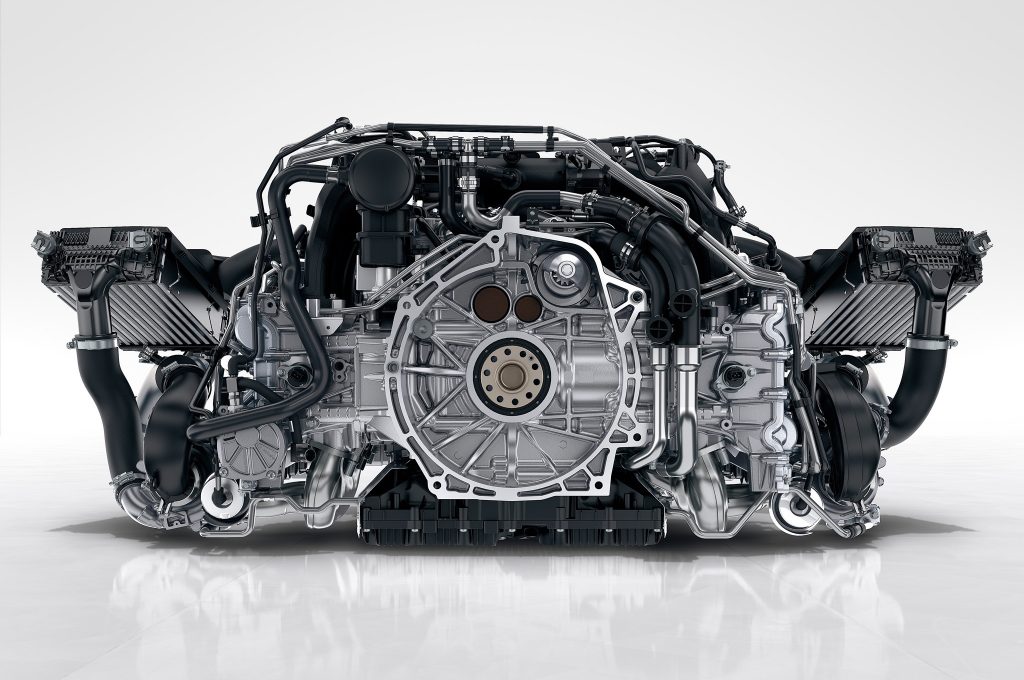 Despite smaller displacement figures, the twin-turbo setup is able to add 20 bhp and 60 N-m of torque. The added horsepower and torque would be wasted if it didn’t convert to the ground in any significant way. The 2017 Porsche 911 Carrera PDK Automatic is a full second quicker to 100 km/h than the previous model fitted with a manual transmission. For more background, the 2015 GTS, a naturally aspirated 911, ran from 0-100 km/h in 3.6 seconds and would complete the quarter in 11.9 seconds at 190 km/h. The 2017 hits 100 km/h in 3.4 seconds on its way to completing the quarter in the exact same time and speed. Also, the rear-wheel Carrera is able to pull 1.06 g on the skidpad, matching the performance of some of the best all-wheel drive cars on the market today.

As always, Porsche has plenty of add-ons to tempt buyers. One such add-on is Power Steering Plus. Porsche says it adds a firmer, sportier feel to the steering when at low speeds. The automaker admits that the steering at higher speeds is the exact same, so buyers can easily save L205 by skipping this option. Next up is the sport exhaust. It adds quite a bit of tremor and sound, but Porsche has priced it at L2,244; a tad ridiculous if our opinion is of an consideration. The upgraded exhaust should be either part of the car’s standard equipment or eliminated altogether.

Porsche was satisfied with the interior of the last-gen 911, so only mildly updated the 2017 version. The upgrades include a faster, more intuitive PCM infotainment center; and moving the mode-selection knob to the steering wheel for cars equipped with the Sport Chrono package. Some buyers may miss the yellow-on-black type of the old PCM. That aside, the interior is still a great place to park yourself for a drive of any length. 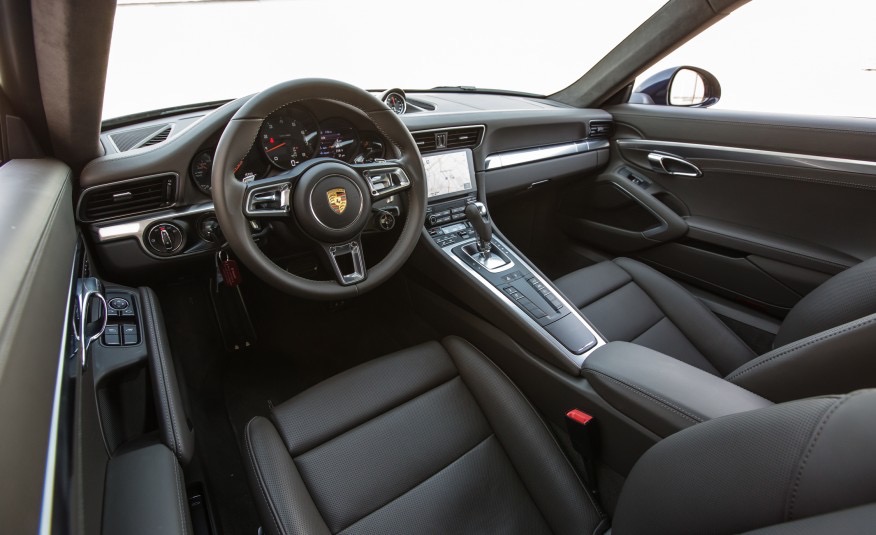 Interest in the base Carrera has been lagging since the introduction of the Boxster. The appearance of the Cayman a decade ago really punched it in the gut. After all, the Carrera S was a far better car for most. If buyers simply wanted a naturally-aspirated flat-six, the Boxster and Cayman were lower-priced alternatives. For 2017, the Boxster and Cayman are powered by four-cylinder engines with a twin-turbo set-up; leaving the Carrera as the least expensive way to get the classic flat-six powerhouse. Least expensive or not, the 2017 Porsche 911 Carrera PDK Automatic will still set you back L84,500 with very few options added on. Even at that, it is a near pittance to be able to control a car that embodies everything that the 911 series stands for.