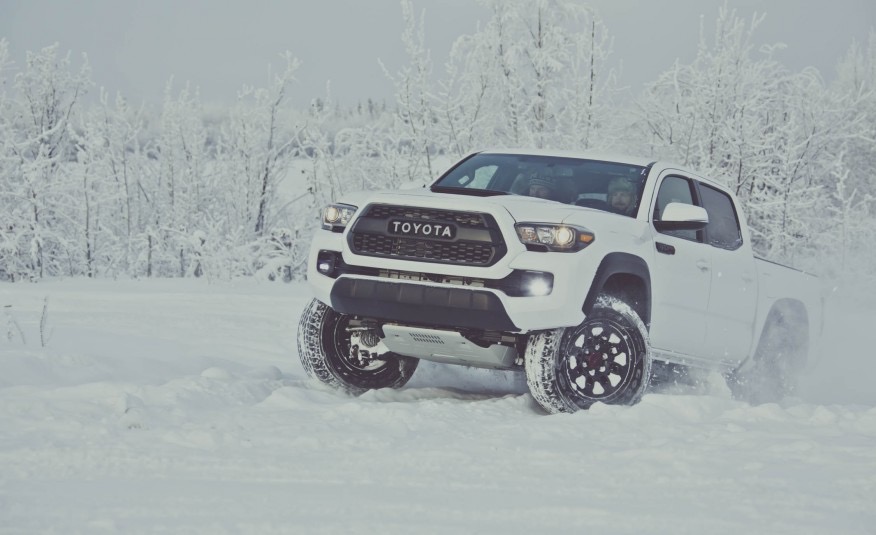 The Toyota Tacoma is a well known truck around the world, though some areas may know it better as the Toyota Hilux(Hi-Lux). The Tacoma has been sold in many versions: camper, double-cab, even as the 4Runner before the 4Runner became an SUV. Perhaps, one of the most exciting has always been the TRD Pro versions of the truck. Given Toyota’s history of releasing hardcore versions of its trucks, it is hardly surprising to find a 2017 TRD Pro on the verge of being released. The 2017 TRD Pro is simply a successor to a model that was released based on the previous generation of the Tacoma. Just as the current 4Runner and Toyota Tundra TRD Pro versions are pure efforts to take the off-road performance of each to a new level, the 2017 Tacoma is hell-bent on becoming the best factory off-road truck in the world. With that in mind, let’s have a look at what the 2017 Toyota Tacoma TRD Pro has in store for buyers.

Locked, Cocked, and Ready to Rock

In 2015, Toyota sold just 1,200 TRD Pro units. All but a handful were sold to men under the age of 40, so we will start out looking at the 2017 model in the same place a man under 40 would…under the bonnet. For 2017, the only engine available is a 3.5L V6 that thrusts 278 bhp into the gearbox. The powerhouse supplies an admirable 359 N-m of torque. Maximum torque is achieved in the 4,000 rpm range. Toyota Racing Development offered a supercharger for the 2015 model year, but there has been no announcement if it will be continued by special order for the 2017. The supercharger boosted the   2015’s engine output by 68 bhp; so, here’s hoping the group offers it again! The engine is paired to a standard six-speed automatic gearbox, but buyers can opt for a six-speed manual. Usually, a manual would improve the driving experience of a vehicle, but with the TRD Pro it may be a distraction. On one hand, if you intend to spend a lot of time off-road, a manual can be a bit of a pain. If not, then it is the way to go.

For 2017, the TRD Pro is going to be offered in a single configuration; double-cab with a short bed. Both are smart options for an off-road specific vehicle. Toyota has limited the number of paint choices to three: Cement, Barcelona Red Metallic, and Super White. Even with the limited color schemes, the TRD Pro’s trademark TOYOTA block-lettered grille and black 16s will make sure it stands out in any crowd. Exterior highlights extend well beyond the grille and wheels. In the nose, you will see a TRD Pro front skid plate; a black hood scoop along with black sill flares; and special LED fog lights. Moving toward the rear, you will see TRD Pro badges on the front doors and tailgate along with blacked-out headlamp and taillamp bezels.

An automaker could add a bazillion exterior baubles, but none of them would help you whilst off-road. The TRD Pro truly begins to shine when you consider its suspension and other off-road equipment. Where to start? The proprietary TRD coil springs that add an extra 25 mm of lift in the nose or would the progressive-rate leaf springs make more sense? Both add to the Pro’s articulation and ability to absorb punishment without torturing its passengers. Adding to the off-road capabilities of the 2017 are the extreme-duty 63.5 mm Fox internal-bypass dampers nestled at each of the four corners. Then there is the electronic-locking rear differential. A few of the other cool toys are the: limited-slip center diff in the electronic transfer case; a standard towing package; coolers for the engine oil, power steering, and automatic transmission; and the high output alternator. 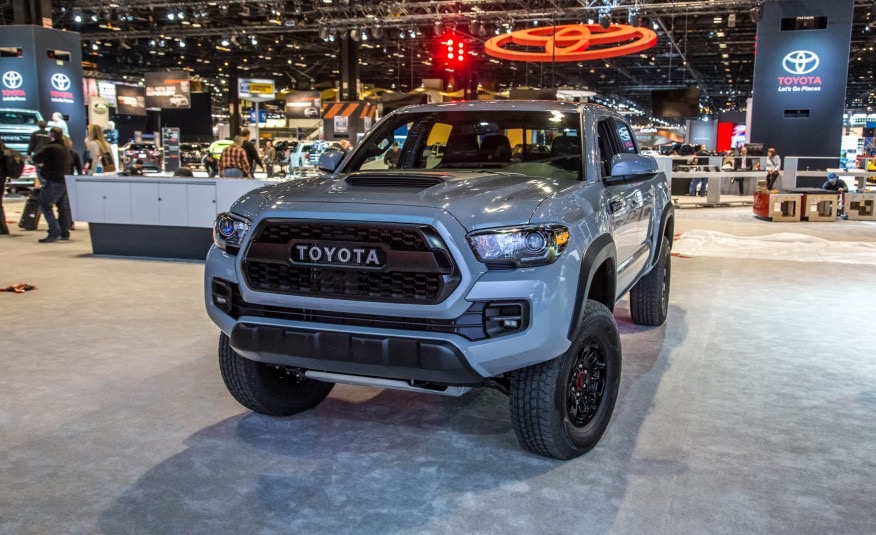 The off-road goodies do not stop there. Units sold with the automatic gearbox are also equipped with a five-mode Multi-Terrain Select traction-control system; hill-start assist,, and Crawl Control. Crawl Control is akin to having a low-speed, off-road only cruise control. If you opt for the manual, you will have to get by with just having a traction-control system that optimizes grip without cutting throttle.

The TRD Pro also has other standard equipment that you will find on all 2017 Toyota Tacoma.  Each unit will have a GoPro mount(you must buy the camera separately). After all, who doesn’t want to immortalize all of their off-road experiences…good and bad. Who knows, your adventures may be the next viral sensation. More important than the camera mount may be the: telescoping steering wheel that is wrapped in leather; TRD badged shift knob, floor mats and headrests; the Entune infotainment system; a blind-spot warning system; rear cross-traffic alert; and rear-parking assist. The black leather front seats feature four-way adjustability that can be controlled from the driver’s display in the cluster as well as at the seat. 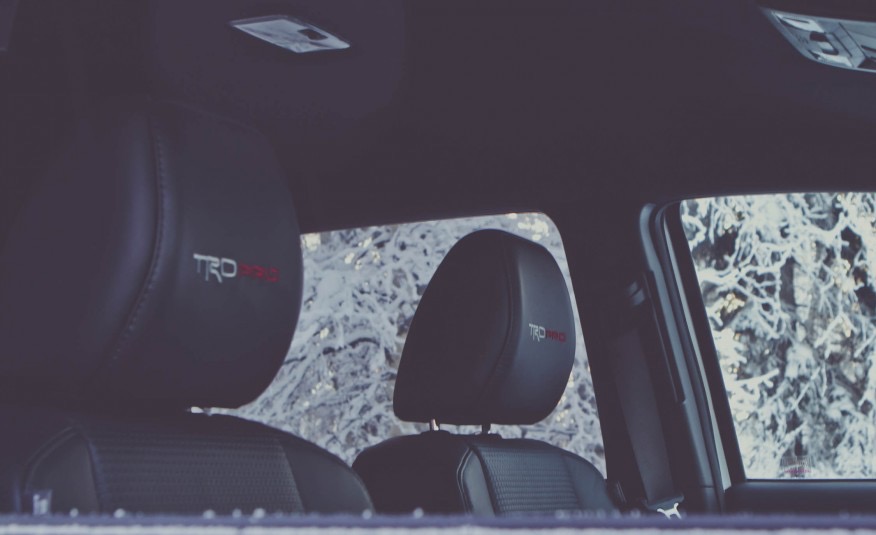 We wish we could offer pricing, but Toyota has not released numbers yet. Given that the previous-gen TRD Pro started just north of L26,100, you can expect at least a slight price bump for the 2017. Well worth the price for off-road enthusiasts!

For further information, you can read the official Toyota press release here.