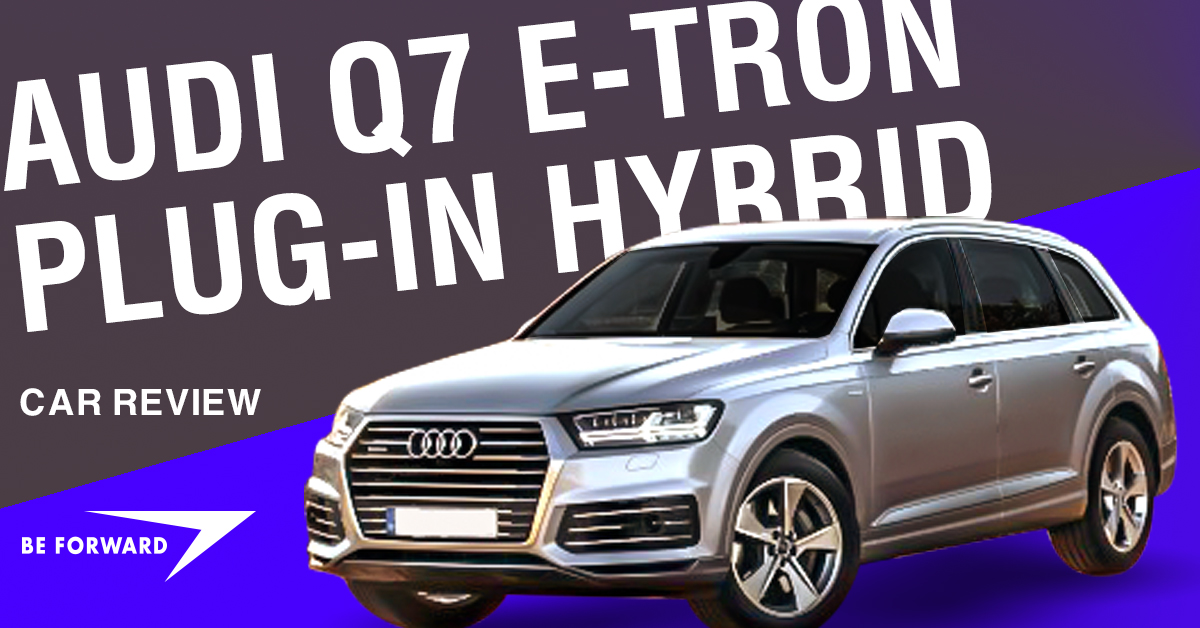 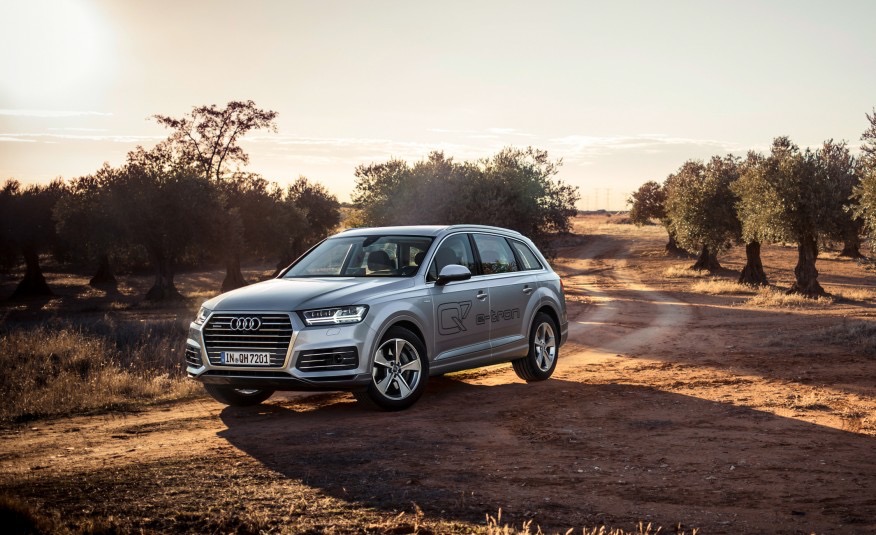 It is hard to classify the Audi Q7 e-tron TDI Plug-in Hybrid. May thinking of it as a locomotive with a cord would help. One thing is for sure, it fits in a niche, within a niche, within yet another niche; essentially a niche of one. Sure, there have been diesel hybrids in the past(the Volvo V60 PHEV), but none have been this large nor have they offered quite the same amount of electric-only range. When an SUV hits the market offering 1,287 km of driving range from a 75 liter tank, it has to be looked at.

According to Audi, the Q7 e-tron TDI Plug-in Hybrid is capable of being driven 54.7 km without having to engage the diesel engine. That range is provided by a 17.3-kWh battery pack that sits under the cargo bay. The battery’s position and size eliminate the installation of a third row of seating. Electric power is provided by an electric motor that is stuffed between the Q7’s three-litre diesel V6 and the eight-speed automatic gearbox. The electric motor constantly supplies drive through the gearbox, but the V6 is electronically disconnected at low speeds. 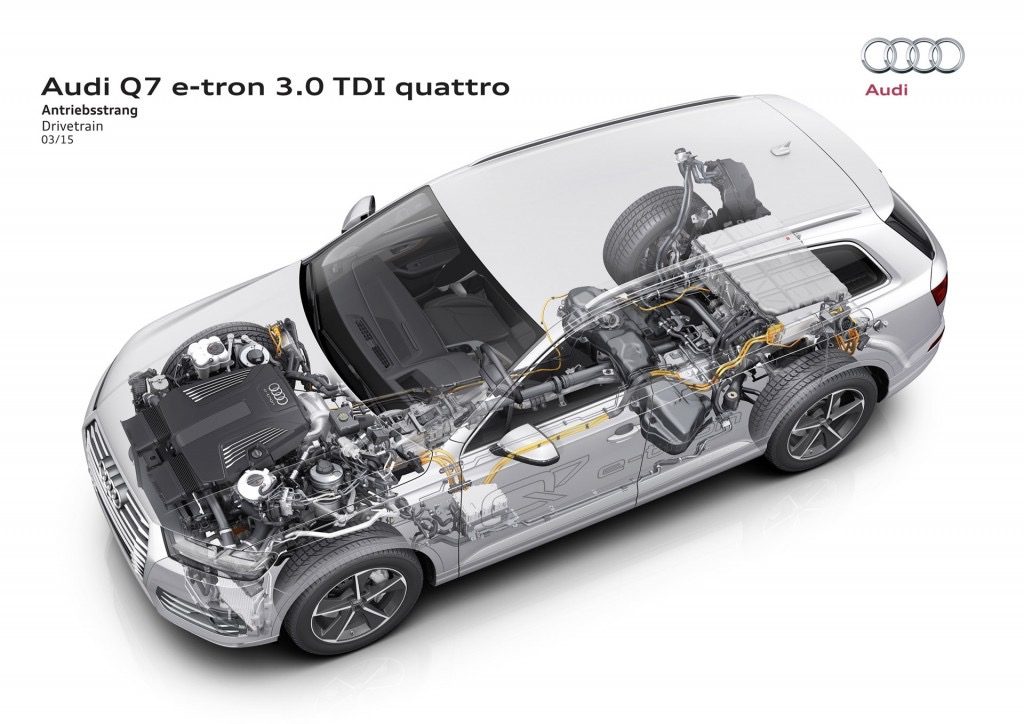 The 54.7 km of range is pretty spectacular from a large SUV, but Audi failed in one aspect. The battery pack does not recharge from the diesel engine. Deplete the cells while driving and all you have is a very heavy hybrid. Regenerative braking does trickle a small amount of charge back into the battery, but not enough to truly matter. Audi did install a ”hold”mode that allows you to disengage the electric   engine, saving power for when you are in emissions-restricted metropolitan areas.

The diesel powerplant is a modified version of the Euro-spec Q7 TDI. It features improved cylinder liners and piston rings. Each has been designed to offer better engine protection. The protection is due to the on-the-fly ignition of the hybrid drivetrain. Audi has installed dynamic engine mounts to cut down on vibrations and unwanted harmonics.

Driving Dynamics of a Locomotive

The Audi Q7 e-tron TDI Plug-in Hybrid is not a driver’s machine. The 201 kg added by the battery pack severely cut down on the e-tron’s lateral and longitudinal acceleration. It is neither fleet of foot nor graceful. It doesn’t turn well and hits its cornering limits far too quickly. It also foregoes the 48-volt anti-roll technology found in other Q7 offerings. If you run into broken pavement or large bumps in the road and you will feel each an every one of them. 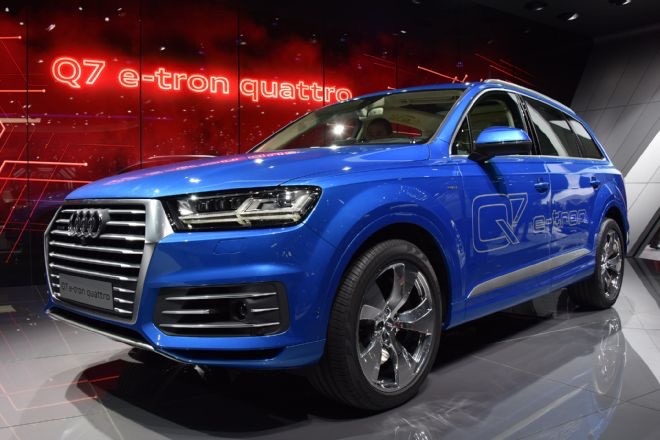 According to official European km tests, the Audi Q7 e-tron TDI Plug-in Hybrid is capable of 66.7 km/lE. Fuel economy like that assumes that you will be driving under all-electric power nearly full time. It also depends on you being able to drive from on recharge station to the next of have the ability to   recharge at home everyday. In short, the Q7 e-tron only makes sense for a limited number of drivers who are prepared to sacrifice ride quality and driving dynamics for a chance at astronomical fuel efficiency. With that said, the Q7 e-tron is head-and-shoulders above the four-cylinder petrol version being designed for the Chinese market. Then there is the price tag that is expected to climb north of L55,000. With a sticker like that, it will take a long time to justify the fuel savings from the hybrid.