It might seem like something out of an episode of “The Jetsons,” where you simply step into your flying saucer in a briefcase and say, “Take me ‘Home,’ AVA.” (Of course, AVA stands for “Autonomous Vehicle Alpha,” but this doesn’t exist in “The Jetsons’” universe.) Still, the premise is that AVA would instantly calculate your voice command, along with your current GPS location, a recorded “Home” location, a route from Point A to Point B, as well as current weather and traffic conditions, and she would get you home without any further input. 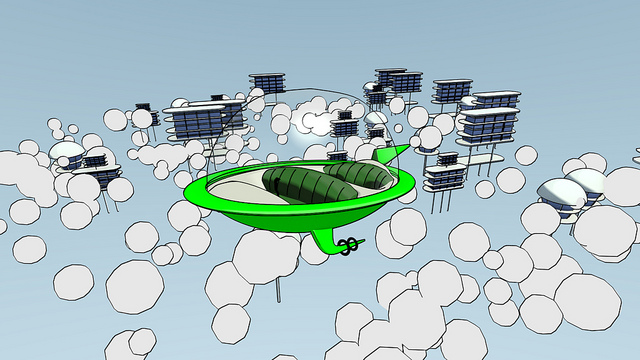 True, The Jetsons was about a family living a good forty years from now, but cold-fusion-powered flying cars, 2,500 MPH speed limits, and nine-hour work weeks are still a long ways off. Autonomous vehicles, on the other hand, might be closer than we think. We can’t get into an autonomous vehicle yet, but the precursors are already here.

The modern automobile has more computer controls than the now-retired Space Shuttle, covering everything, including power windows, automatic climate control, engine and transmission, as well as safety systems. Some of these are even taking control out of drivers’ hands, the first stepping stones to the autonomous vehicle.

Perhaps it all started with anti-lock braking systems (ABS), which uses wheel speed sensors to determine how fast each wheel is turning. When braking, if one or more wheels closes in on zero speed much faster than the others, ABS modulates braking on that wheel, keeping it from locking up and putting the car into an uncontrolled skid. Later technologies were developed to help drivers maintain control of their vehicles.

For example, on acceleration, vehicle traction control modulates the throttle to keep the wheels from spinning. When cornering on slippery surfaces, electronic stability control (ESC) can modulate throttle and braking to keep the vehicle on the intended path, judging by G-force measurements and wheel speed calculations.

Adaptive cruise control uses laser or radar detection to keep track of vehicles in front of you on the highway. Not only do you set the desired speed, but the desired distance between you and the next vehicle. The system can modulate throttle and brakes to keep you from ramming the vehicle ahead.

Getting into a parking spot is easier than ever, thanks to self-parking systems on some cars. You put the car in reverse, use a touchscreen to designate the proper parking destination behind you, whether perpendicular or parallel, and press start. Using cameras, sonar, and electronic power steering, the car parks itself with no further input from the driver. One accident-prevention system, typically along the lines of pre-collision avoidance, uses sonar or radar to detect vehicles or objects in front of the car, as well as a system that detects where the driver is looking. If the car is in danger of running into something, a tree or slow-moving truck, for example, the pre-collision system cinches up the seat belts and can even engage the brakes in attempt to minimize the force of the impact.

Lane-keeping systems use cameras to detect the lane divisions on the highway. If the vehicle starts to drift over the line without signaling a lane change, audio and visual cues alert the driver. The system can even “bump” the electronic power steering in the right direction to keep the driver in his lane.

It doesn’t take much of a stretch of the imagination to take all these systems and enable them to take full control away from the driver. Self-driving cars, or autonomous vehicles, do require a bit of a technological leap, because there are so many more variables to take into account. As mentioned earlier, AVA would have to know where she is, where she needs to go, and how to get there. The route, however, isn’t a track with one car, but perhaps hundreds of cars, many of which may be driven by unpredictable and impatient human drivers.

AVA, the autonomous vehicle, would have to be programmed with flawless and instant responses to a multitude of changing traffic situations, from road debris to animal and pedestrian crossings, not to mention the inevitable crazy driver, and changing weather conditions. Interestingly, these self-driving cars are already being tested by some pretty noteworthy universities, companies, and automakers such as Massachusetts Institute of Technology, Google, and Nissan. On the other hand, why would anyone give up their driving rights to an autonomous vehicle? 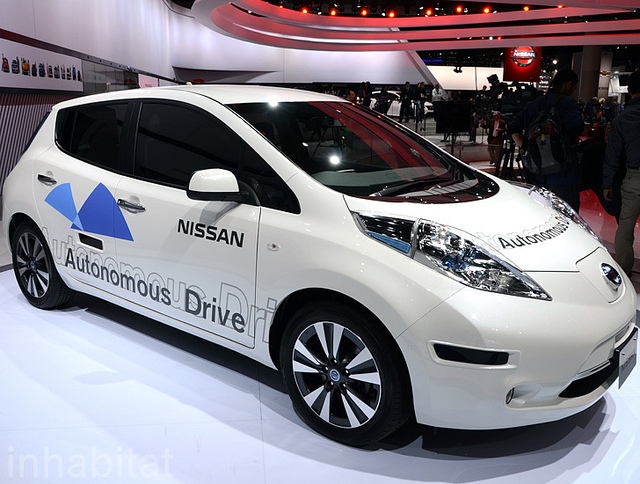 Safety seems to be the biggest push behind the adoption of autonomous vehicle technology. In the United States, for example, traffic accidents cost some $450 billion every year, in vehicle repair and replacement, wrongful-death lawsuits, and medical care. In South Africa, some 10,000 people die every year in traffic accidents. Autonomous vehicles, if the technology proves to be better at driving than we are, could theoretically save billions of dollars and save thousands of lives.

Fuel economy is also an important consideration for autonomous vehicles. Many cities around the world suffer from road congestion, especially during the poorly-named “rush-hour.” Some city traffic slows to a crawl that a pedestrian can outpace, all the while burning gasoline and diesel fuel for no reason. Air pollution go up, and the resulting medical costs are an additional financial burden. Because autonomous vehicles are connected to other vehicles wirelessly, autonomous or otherwise, they could possibly reduce traffic congestion and its associated environmental costs.

Weighing the pros and cons of autonomous vehicles, it seems that they could possibly bring great benefits to the world at large. They could save money, and they could save lives. They could probably save time, as well. On the other hand, how trustworthy is the technology? In other words, if I need an external backup drive for my five-pound laptop, how much can I trust a 4,000-pound autonomous vehicle carrying five passengers and interacting with hundreds of other drivers, passengers, pedestrians, cyclists, and other obstacles?

It is good to ask these kind of questions, and engineers believe they have the answers. How soon will we see self-driving vehicles on the road is anyone’s guess, but some seem to think we could see them in as little as ten years. Will this be the end of driving as we know it? The mind boggles at what the future holds.