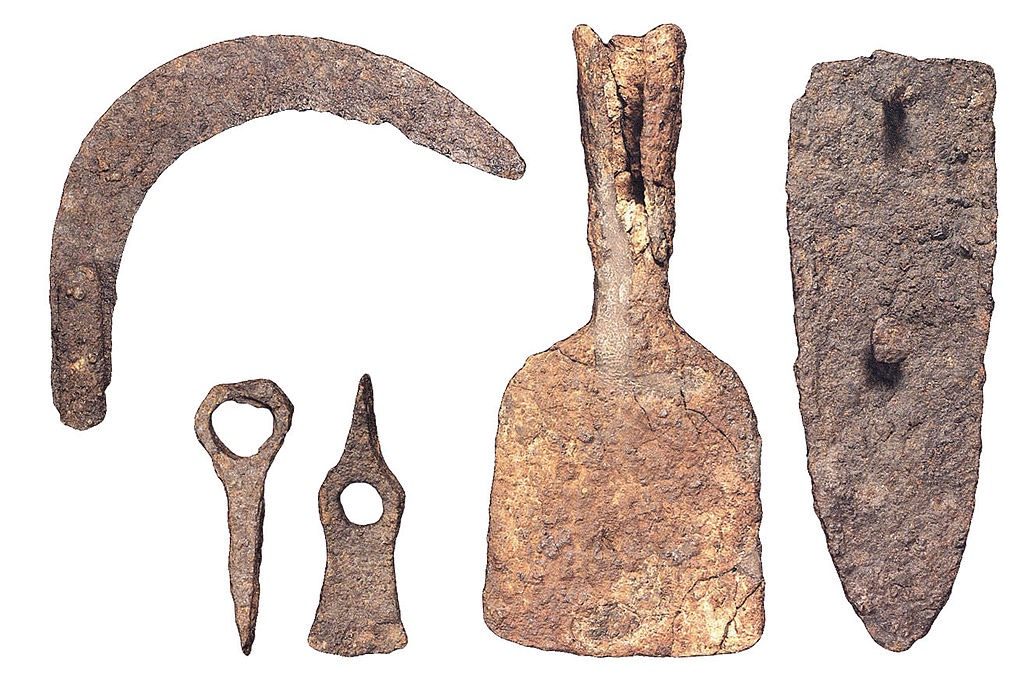 Since the dawn of humanity, man has been trying to shape the world around him to meet his needs. It most likely began with removing foliage from the mouth of a cave, then moved to leveling the interior of said cave. Soon, he was looking to clear cut areas around his domicile in order to more clearly see threats before they arrived. Soon, man as digging killing pits to drive his supper toward.

No matter the purpose or intended outcome of man’s earth moving pursuits, he was limited by the equipment on hand. Imagine the limitations of a simple pointed stick and your hands! The sheer jump in capability allowed by the sharpened rock tools found at the Oldowan archeological dig must have allowed man to work much more quickly and efficiently. Despite the many advances in hand operated tools over the ensuing centuries, man’s earth shaping endeavors were limited by the strength and endurance of the men operating them. The Roman engineer Vitruvius describes the design and use of cranes and other forms of ancient heavy equipment as early as 100 BCE, but even this equipment was limited to the number of men that could be used to operate it. The invention of the steam engine was the turning point for equipment of all kinds, with the earliest application being applied to agriculture. The Fordson Model F tractor is often considered to be the first mass produced heavy machine, with production beginning in 1917.

Today, there are many companies vying for the attention of potential buyers. Each offers equipment that varies between generalized earth moving for the average person or small business to highly specialized equipment designed to haul hundreds of tonnes per day. As with every industry, there are companies that have become world leaders within their industry. As such, they are known for the quality and dependability of their products. The long-term dependability of their products allows them to stake a claim for building the best new equipment. As we all know, buying new equipment is a very costly proposition. Fortunately for those if us who are limited by our budget’s, there is a huge aftermarket for used machinery that is dominated by the same reliable group of manufacturers. We have taken the time to compile a list of the top used machinery brands based on dependability and affordability. Hopefully, our list will make your search shorter and more efficient. 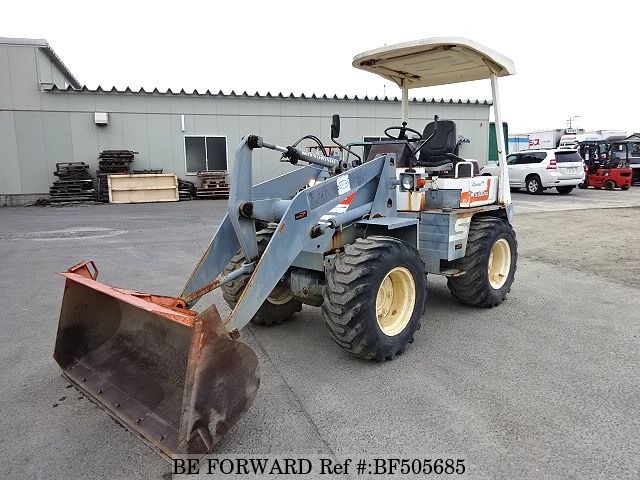 The current Mitsubishi Group is a keiretsu(loosely translated from Japanese: a grouping of enterprises) that can trace its roots directly to the zaibatsu(loosely: pre-WWII conglomerate) of the same name. The group was founded in 1870 as a shipping company. Founder Yatarō Iwasaki saw the need for diversification shortly after establishing the group. In less than a decade, the company began to acquire interests in coal-mining, a shipbuilding yard, an iron mill, and marine insurance. All of this diversification eventually led to the formation of Mitsubishi Heavy Industries. This part of the Mitsubishi keiretsu is of particular interest to used equipment buyers as it produces the heavy equipment they need.

While Mitsubishi Heavy Industries produces a number of models that can be used around the world, one of the most common is the tractors that the division is ultimately responsible for. Within this niche, there are dozens of reliable options; yet, one of the most versatile may be the WS300, a three tonne machine that is capable of tackling a variety of earth moving tasks.

Komatsu Group is a multinational corporation that consists of 183 companies. One of those companies, Komatsu Ltd, is the world’s second largest manufacturer of construction and mining equipment. Caterpillar is the only company that outsells the group, but Komatsu has a commanding sales lead in most parts of Asia. Komatsu is known for the year after year performance of its large and diverse equipment, making its offerings perfect for companies looking to purchase used machinery. 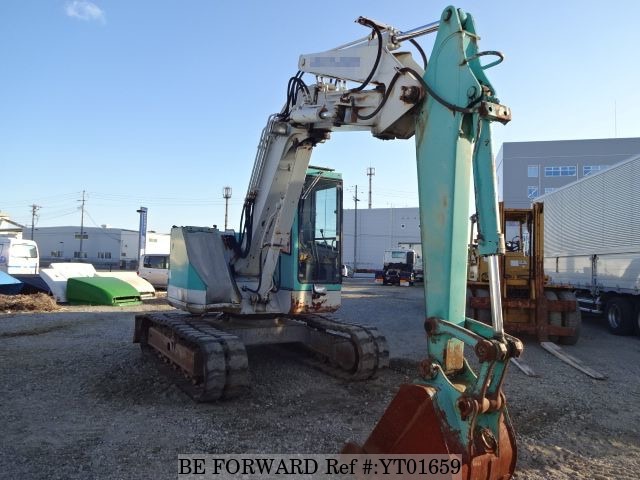 Of particular interest to many used equipment buyers are the WA10-1 and the PC75UU. The WA10-1 is a 970 kg unit that is versatile enough to move earth, grade, or pull large amounts of material. Buyers are only limited by the attachments they have for the WA10-1.  The PC75UU is a tracked bucket loader that can handle any road building or construction task you may have. 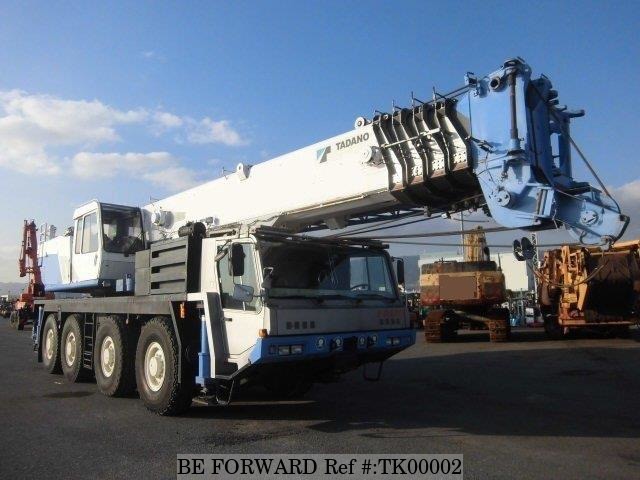 Tadano Ltd is the world’s seventh largest producer of cranes and aerial work platforms. It is also the largest such manufacturer based in Japan. Founded in 1948 by Masuo Tadao, the manufacturer has been building high quality cranes since 1955. In addition to offering some of the best lifting equipment in the world, the Tadano group is known for its work on the restoration of the Ahu Tongariki Moai Statues on Easter Island.

The Tadano group has hundreds of high value pieces of used machinery available around the world, but one of the top offerings may well be the AR1000M-1. The AR1000M-1 has a 100 tonne lifting capacity, making it perfect for the vast majority of construction jobs. The ability to switch between 8×4 and 8×8-wheel drive allows the Tadano AR1000M-1 to go anywhere you need it to be. 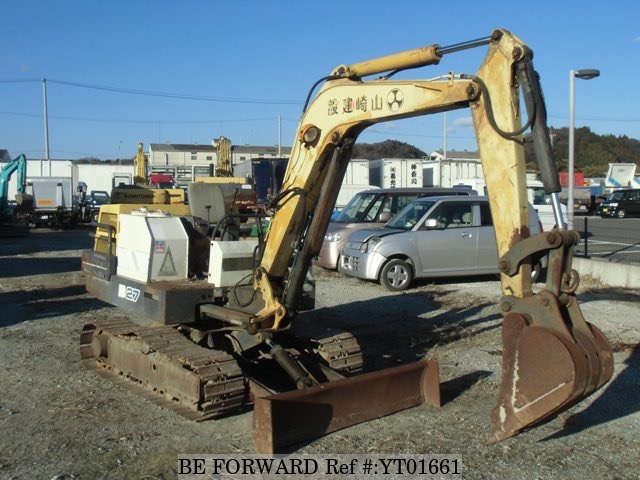 Yanmar Co, Ltd was founded in 1912 by Magokichi Yamaoka to produce light engines for use in a number of fields. Despite the company’s dedication to small, light, air-cooled diesel engines it is arguably best known as an international player in the tractor arena. In addition to engines, the company has ventures in many areas, including: light fishing boats, ship hulls, harvesters, rice-planting machines, heavy equipment.

While engines are Yanmar’s primary focus, the heavy and construction equipment the group produces are among the most reliable in the industry, making them a boon for used machinery buyers. One of the top units in Yanmar’s heavy equipment fold is the B27 tracked grader and bucket loader. The Yanmar B27 has the digging capacity to create any on-site trench needed while the grader attachment adds the versatility to level your site as work progresses.