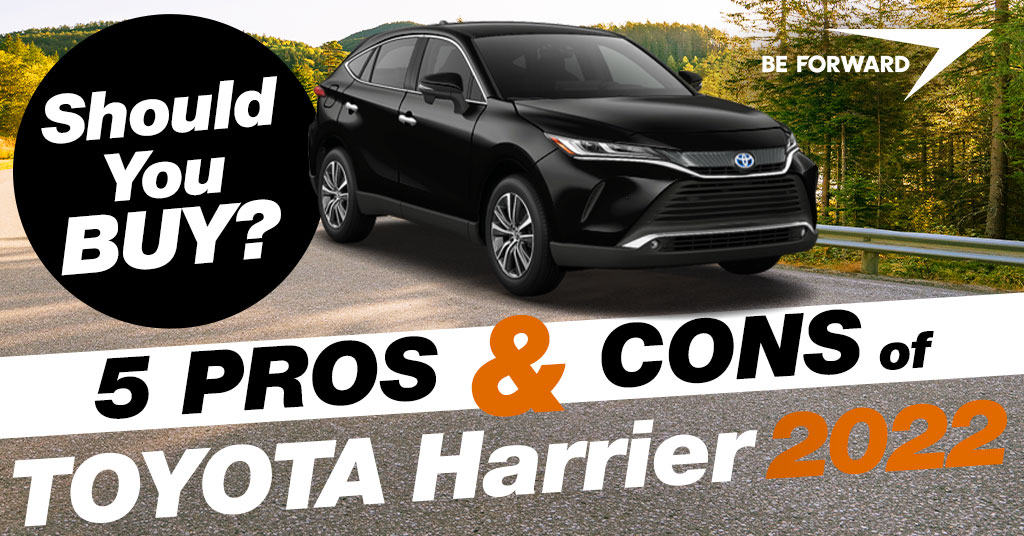 The Toyota Harrier was initially introduced as a compact crossover SUV and later produced as a mid-size crossover SUV, which was first produced in December 1997 and is currently in its fourth generation. In 1998, the Harrier was rebadged as the Lexus RX until 2013 and available in a front-engine, front-wheel-drive / four-wheel-drive system. The fourth and current generation of Toyota Harrier was released on 13 April 2020 and began selling on 17 June 2020.

The Toyota Harrier XU80 series was built in TNGA: GA-K (Toyota New Global Architecture) platform that was based on the Toyota RAV4 and the next generation Lexus NX. The XU80 series brings a new level of excellence in terms of design, power, fuel efficiency, reliability, and comfort, which was established by its previous generations.

The Toyota offers an all-new and modern design both inside and out of Toyota Harrier. The new platform, the Toyota New Global Architecture (TNGA) made the car bigger, wider, and longer than the previous model while retaining its sleek and elegant appearance. The futuristic design gives the vehicle more appeal and its sharp line makes it more pleasing to the eye with its blanked-off upper grille and slim LED headlights with LED daytime running lights. While you can see a new reverse-rake rump and LED tail lights at the back.

Comfortable and Plenty of Cabin Space

The new Toyota Harrier is definitely an ideal family car with its comfortable and spacious cabin that can accommodate five passengers. The Harrier‘s interior has black or darker, muted tones which makes it more pleasing to the eye. The seat upholstery is made in black leather, with 12-way power-adjustable for the driver seat, and 4-way adjustment for the passenger seat. You also get a nice touch of leather in the seats, armrest, dashboard, and door cards as well as front seat ventilation on hot days.

The Toyota Harrier is one of the known SUVs in its class but when it comes to rough terrain activities, this vehicle is lacking. The Harrier‘s off-road features are pretty much limited but a perfect car for cruising around the city with its excellent handling, driving, and maneuvering.

The Toyota Harrier is a good-looking car with plenty of modern features that consumers will definitely like, but when it comes to the infotainment system, it is pretty much like base model features. With an 8-inch infotainment system, it is not the same as a 12.3-inch TFT wide touch-display screen that you can see in the Japanese Harrier model. But it is because the 12.3-inch option is not compatible with some local standards in other countries.

The Toyota Harrier offers lots of amazing features and variants that you can choose from, but it is still rather pricy, particularly the high-end model. As always, new Toyota models have never been on our side when it comes to their price and unfortunately, the Harrier happens to be the most expensive model available. It also is a little sad that we don’t get the turbocharged engine which was more fun to drive on the highway.

The new Toyota Harrier has a 2,690 mm wheelbase with enough cabin space that can comfortably carry five passengers but when it comes to cargo space, it loses points. The Harrier has 396 litres of boot space, while most of its rival SUVs have at least 500 litres of cargo space. The high floor of the boot gives less room, so as a result, it’s easier to put things on the flat floor. However, the Harrier is not adept at carrying things just like any other SUVs.

The Toyota Harrier XU80 is one of the well-known and best-selling mid-size crossover SUVs in the automotive market, boasting exceptional reliability, fuel efficiency, luxurious and comfortable interiors, and futuristic design. Over four generations, the Harrier definitely established its premium versatility, luxury, and efficiency, making it one of the most popular midsize SUVs nowadays.

The latest Toyota Harrier XU80 can’t really be afforded by some consumers due to its expensive price, which also depends on the trim levels and equipped features. But here at BE FORWARD, we offer a budget-friendly and in good condition Toyota Harrier. The cheapest price starts from $3,420, depending on the model year, trim level, package deal, engine, mileage, and features of the car. BE FORWARD also offers a wide range of affordable cars, whether it is used or brand new cars as well as auto parts, you can find it at BE FORWARD. You can now visit the BE FORWARD store for more information on how to get your own Toyota Harrier.