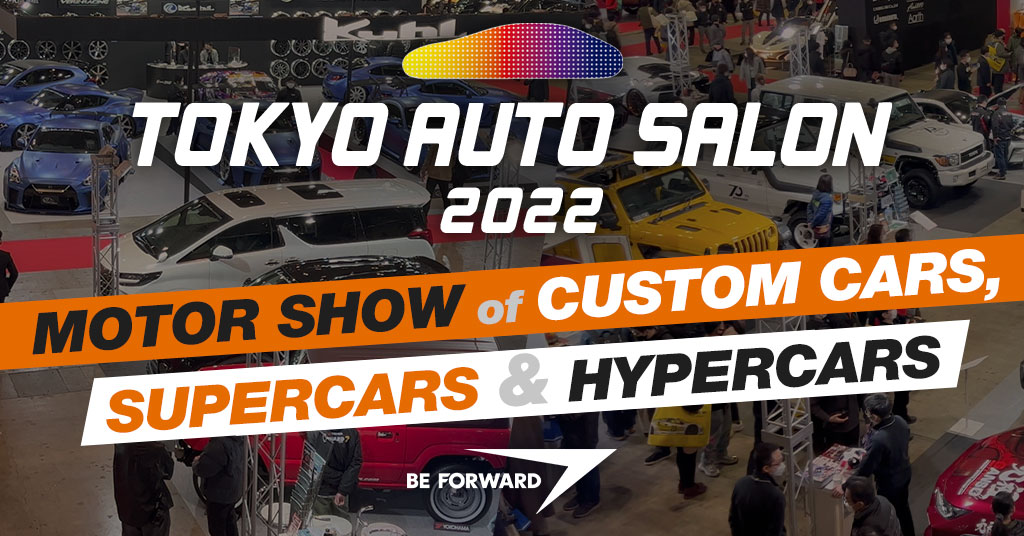 The Tokyo Auto Salon is a public exhibition that displays and exhibits customized and tuned-up cars that were developed and participated by automakers around the world, automotive dealers, auto journalists, customs shops, aftermarket parts manufacturers, car enthusiasts, and automotive vocational schools. Along with top musicians hosted and attended by famous talk show celebrities, booth models, racing car demos, and some other virtual driving simulators that certainly can keep you entertained throughout the event.

What is the Tokyo Auto Salon?

Click above image to watch the “TOKYO AUTO SALON 2022” video.

The Tokyo Auto Salon 2022 is one of the most anticipated and most prestigious three-day auto shows which has been held yearly in Japan since 1983. It is a place to come if you are looking for some of the most featured and customized cars, not just built by some of the known manufacturers but also smaller shops and independent builders that are still striving despite our current situations.

The first day started from 9:00 am to 7:00 pm exclusively open only for the media and industry insiders as the usual routine for the introduction and unveiling of prototype cars. Then it opens to the public for two days from 9:00 am to 7:00 pm on Saturday and 9:00 am to 6:00 pm on Sunday, which will give you a chance to explore every booth showcasing prototype cars, car accessories, automotive events, and some aftermarket parts for purchase.
You can also enjoy live entertainment including live bands, customized car contest, promotional model contest, booth babes, virtual reality driving simulator booth, racing car drift demo-run, and the Tomica car booth.

The Tokyo Auto Salon 2022 is indeed one of the premium car shows that you should never miss yearly.

Nissan GT-R NISMO special edition was released in Tokyo Auto Salon 2022 which represents the constant evolution to achieve the highest driving pleasure for the customer’s satisfaction. The Nissan GT-R NISMO highlighted an exclusive Stealth Gray color with clear-coated carbon fiber hood, NACA style hood scoops, 20-inch aluminum forged wheels with a red accent from RAYS Engineering, and the Nissan logo placed on the rear trunk lid and the wheel center caps. It also includes other features like the Brembo brake calipers with carbon-ceramic rotors which are the biggest brakes fitted ever in a Japanese car with 410 mm in the front and 390 mm in the rear.

Nissan Fairlady Z Customized Proto concept comes with a noticeably sportier design which highlights a flashy orange exterior reminiscing the 1970 Nissan 240Z’s performance version, the Z432R, which is one of the most valuable and hardcore versions on Nissan Z’s history. This Fairlady Z is the merging of some old-school Z-car and the new Z’s retro aesthetic which features a reworked front fascia, mild flares, and its orange body color highlighted by a black paint finish. It also features a pointed front end with air inlets and a grille which is divided by a body-colored strip, black accents on the wheels, side mirrors, and black stripes on each side. Another Nissan Fairlady Z is the Proto Spec with a cabin wrapped in leather and suede-like fabric with two body colors: Seiran Blue with a black roof and a black/yellow exterior.

Lexus LX Offroad is a collaboration with an off-road aftermarket parts maker JAOS and LX which inspire a sense of adventure yet also give the needs and lifestyles of the customers. The LX Offroad maintains its high level of durability, reliability, driving performance, and off-road capability whether it is driven in a city or in off-road terrain. The LX Offroad has a robust appearance with various lightweight, high rigidity infusion-molded CFRP parts in the front and rear bumper skid protectors and in over fenders. Also fitted with specially designed 20-inch ENKEI-made wheels developed by TEAM JAOS.

The new Honda Civic Type R prototype has been released again in Tokyo Auto Salon 2022 with its exclusive special camouflage design, a mesh grille with an R logo, four doors, ventilated hood, air intakes, a big rear wing, and a centrally-positioned three exhaust pipes with a large rear diffuser at the back. This Honda Civic Type R is said to be the fastest Civic ever which will also be officially revealed this year.

Tokyo Auto Salon 2022 was indeed an amazing show that showcased modified cool cars from classic old cars to the latest prototype that surely brought amazement to all attendees. After all the unveiling and introductions, the people and most probably car enthusiasts are looking forward to the selling date of their so-called favorite cars and maybe can’t wait for another Tokyo Auto Salon to see more amazing cool modified cars.

Click above image to watch the “50 BEST Custom Cars & Hypercars”.