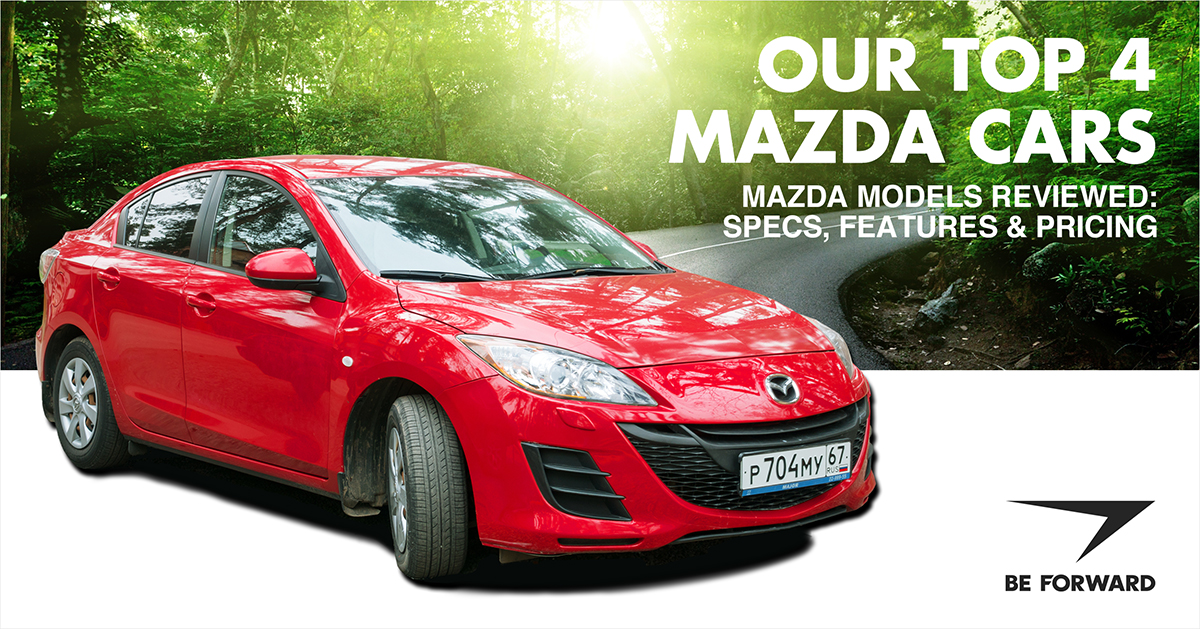 By the late 1950s, Mazda began to look for ways to separate itself from the narrow kei car market and differentiate itself from the larger Japanese automakers. The company found a great deal of inspiration from the sporty styling and Wankel rotary engine of the NSU Ro 80. In 2016, Mazda was the fifteenth largest global automaker with a sales volume of more than 1.5 million vehicles. Given that there are so many fun Mazdas out there to drive, we thought we’d make it easier to choose one for yourself. See BE FORWARD’s top four easy-to-love Mazda cars! 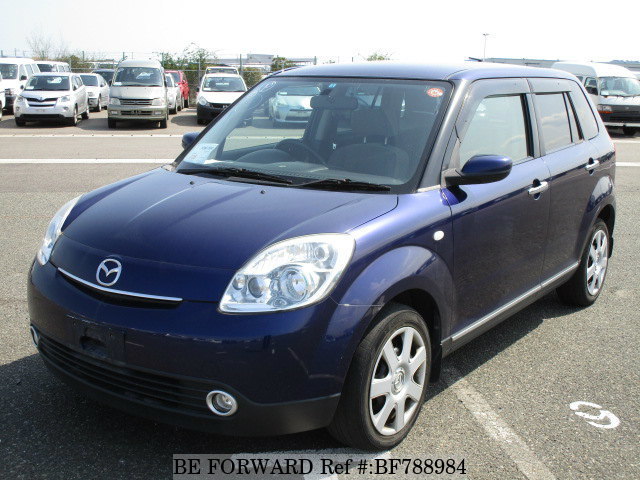 The Mazda Verisa debuted for the 2004 model year and is only available in the Japanese home market, but can be exported. The Verisa is hard to categorize. Is it a tall hatchback or is it a short mini MPV? No matter how you define it, the Verisa offers interesting styling and a fun driving experience. Average prices at BE FORWARD are around $1,549 to $4,121. *

Under the bonnet, there is a single engine option. The 1,490 cc I4 is capable of 111 bhp and 140 N-m of torque; more than enough power for a car that only weighs 1,100 kg! The Mazda Verisa is available with FWD or electronic four-wheel drive (e4WD). The sole gearbox option is a four-speed automatic with a fuel economy of 18.2 km/l. 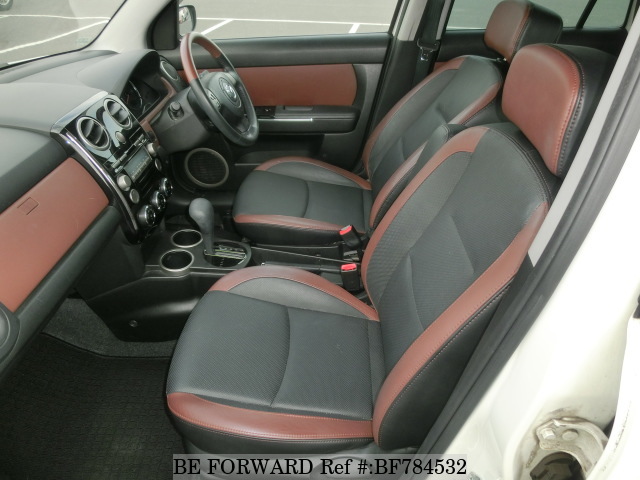 Above: Interior of a used 2007 Mazda Verisa

The appointments of the Verisa are minimal, but can include air-conditioning, full power accessories, a tilt steering wheel, a six-speaker sound system with a CD player and an auxiliary input jack, foglamps, chrome exhaust tips, a leather-wrapped steering wheel with audio controls, a trip computer, and cruise control. The main points for a buyer to keep in mind with the Mazda Verisa are its sporty handling, cheerful styling, simple-to-operate controls, and affordable price. 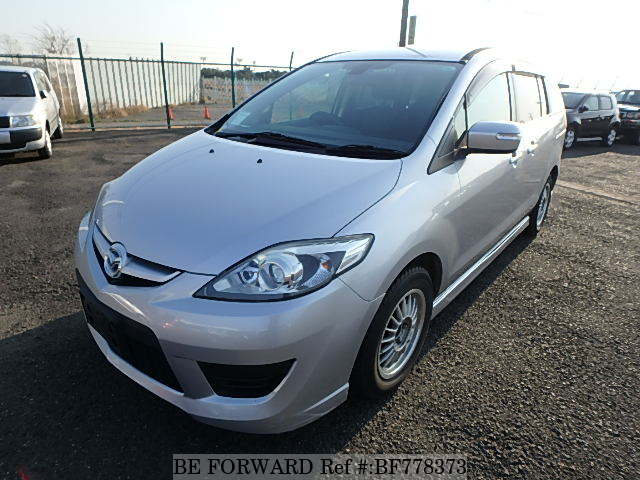 The Mazda Premacy is a compact MPV that debuted for the 1999 model year. After the 2003 Model year, the Premacy was sold as the Mazda5 in some markets. The Mazda Premacy was discontinued after the 2017 model year. Over its eighteen year production run, the Premacy went through three generations. The majority of the models currently available for export are part of the second generation built between 2004 and 2010, so we will concentrate on information from that generation. Average prices at BE FORWARD are around $830 to $2,714. * 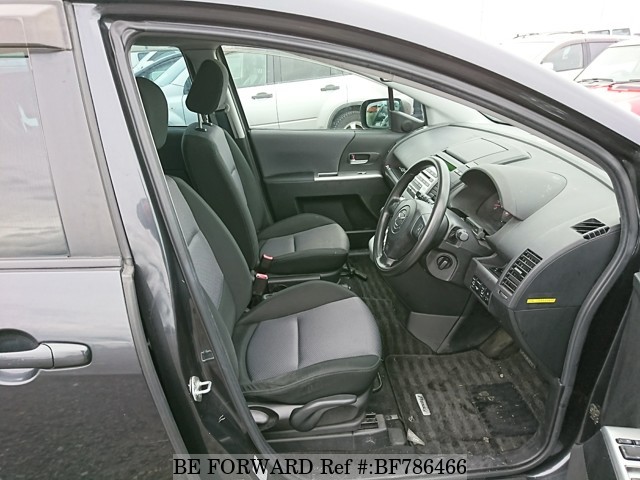 Above: Interior of a used 2005 Mazda Premacy 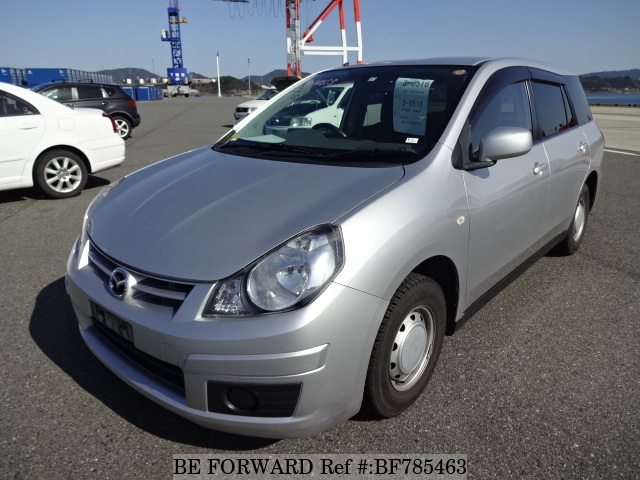 The Mazda Familia Van was introduced to the Mazda Familia line of compact cars for the 2000 model year. Production continued for 14 model years over two generations. The majority of the Familia Vans available for export are from the later generation, so we will give you information related to the second generation vans. Average prices at BE FORWARD are around $1,238 to $1,947. * 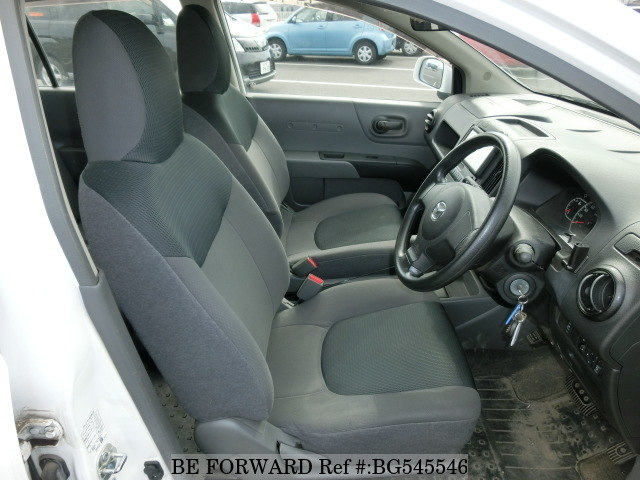 Above: Interior of a used 2014 Mazda Familia Van 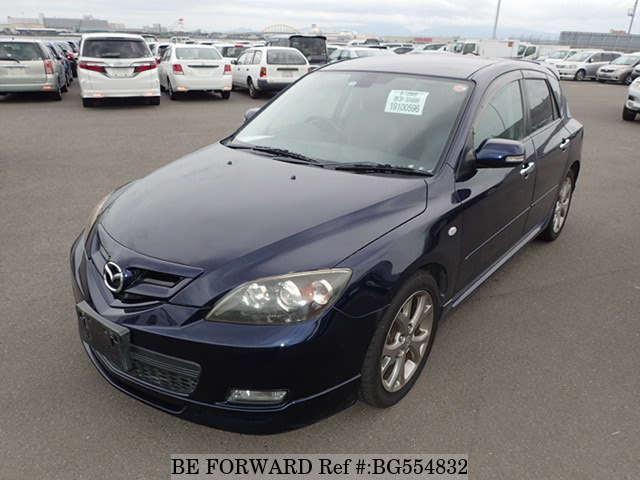 The Mazda Axela Sport was introduced for the 2004 model year to replace the aging Familia line of compact cars. In some markets, the Axela Sport is marketed as the Mazda3. By whatever name, the Axela Sport can offer one of the most fun driving experiences you will ever have in a compact car. Average prices at BE FORWARD are around $1,403 to $5,636. * 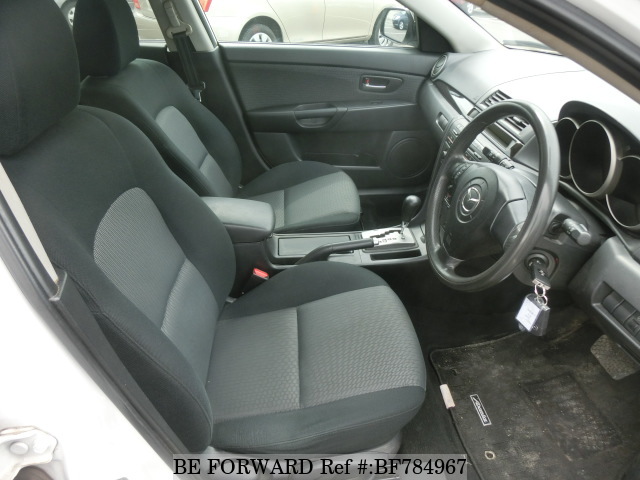 Above: Interior of a used 2007 Mazda Axela Sport

Which Mazda is Right for You? Find out with BE FORWARD.

All four of our top Mazdas have features that make them incredibly easy to get attached to. See the related comparison and list articles below to see if Mazda is the car you’re looking for!

*Prices based off of October 2019 average BE FORWARD prices.