For automotive enthusiasts, gearheads, and car junkies, as well as for designers and artists, classic cars are a link to a mechanical past. Classic cars aren’t so much about engines and transmissions, but about a certain style that has long passed. Today’s cars are made to sell in large numbers, which is why the low-priced Toyota Corolla has sold over 40 million vehicles since 1966, but looks like practically every other small and mid-size sedan.

Take a look back through the years, though, and you’ll find classic cars that will make your jar drop, which is why collectors rave over such classic cars as the 1939 Delahaye Type 165 Cabriolet. Conceived by Italian designer Giuseppe Figoni, the car was “beautiful, sensual, built to evoke the body of the ideal woman,” waxes Dylan Gould in the movie Transformers: Dark of the Moon.

Very few cars these days receive that kind of attention, except for expensive exotic cars, such as the 2013 Dodge Viper, whose form was inspired by actress Halle Berry’s curvaceous body. 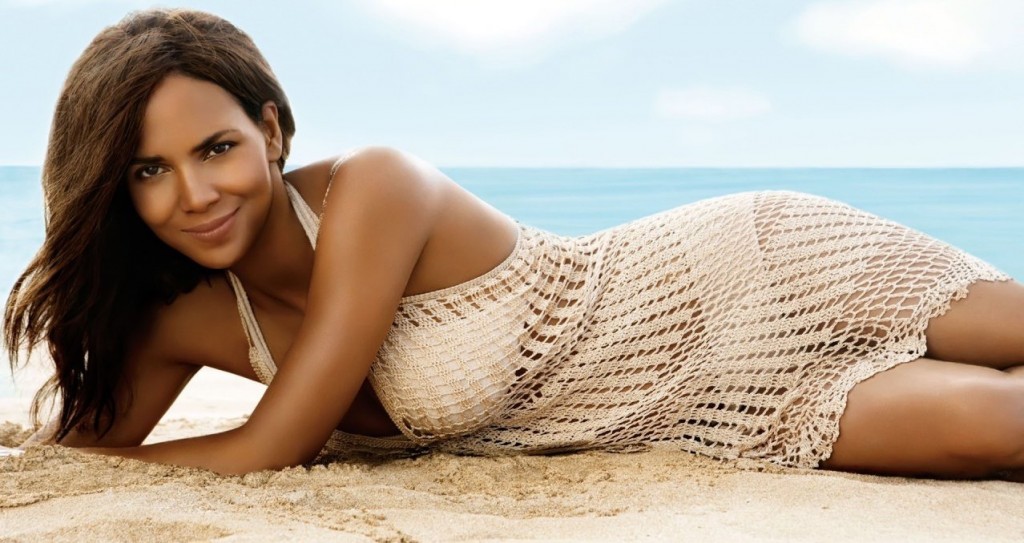 On the other hand, classic car collectors also yen for classic cars that are especially rare, have a special history, or featured world-firsts in the automobiles. Recently, a very special 1961 Ferrari 250 GT SWB California Spider was auctioned for 16,288,000 € (about $17.9 million USD). Just 37 were ever built, and the car was found in a garage in France, under some old tarps and copies of La Vie de l’Auto (Auto Life), perhaps one of the most-valuable barnfinds ever discovered.

If there’s anything that can be said about modern beautiful cars, such as the aforementioned Viper, or classic cars, such as the Delahaye or Ferrari, it’s that they are far more expensive than most of us can possibly afford. After all, that’s why cookie-cutter cars, such as the Corolla, are made. On the other hand, we can always live vicariously, and enjoy someone else’s classic car collection, which is why Jay Leno’s Garage is such a popular show, not only on NBC Primetime, but also on YouTube!

Ride through the ages in classic style

Jay Leno is a longtime comedian and is best known for hosting The Tonight Show with Jay Leno. Even better, Jay Leno is a car buff, and he likes to show off his grand collection of cars, many of which are classic cars that his team is restoring or have been restored. Jay Leno doesn’t just restore classic cars, but he drives them, too! Jay Leno’s Garage features, not only impressive modern cars, such as this ridiculous Fab Fours customized four-door Jeep Wrangler on 50-inch tires… 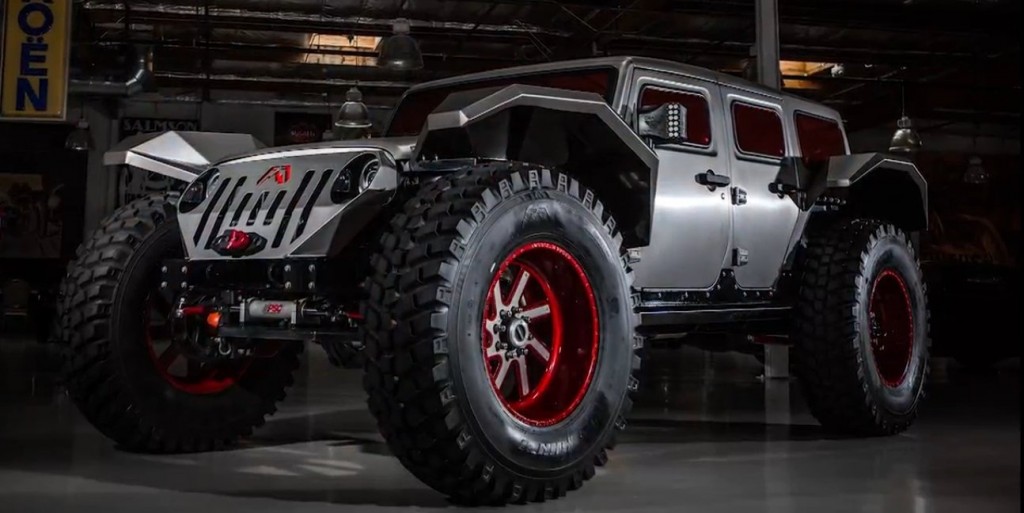 Or this BAC Mono, basically a street-legal Formula 1 racer… 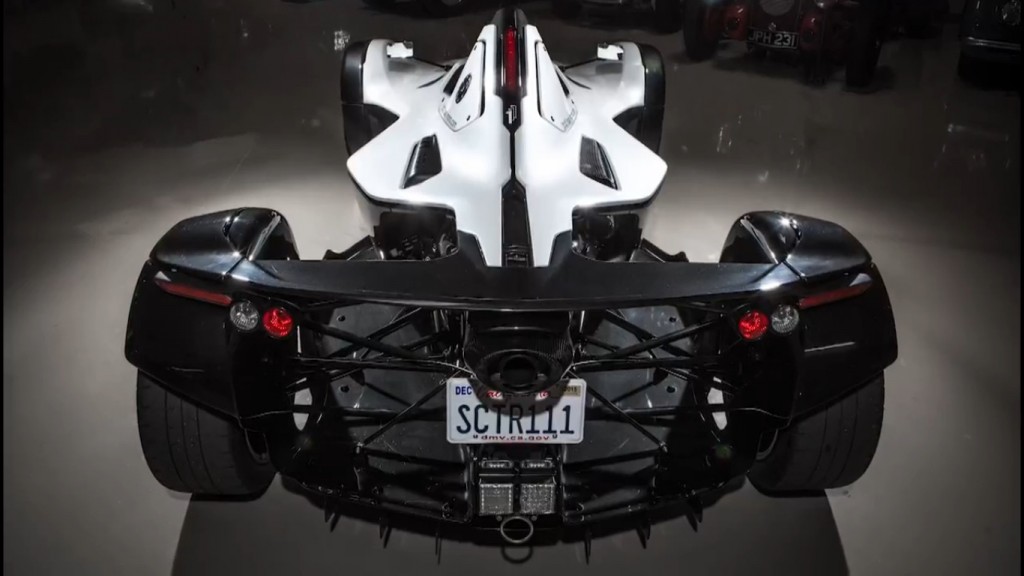 Really, it’s the classic cars that we’re after, and Jay Leno’s Garage certainly does not disappoint.

Now, sadly, it would be quite impossible to show you all of Jay Leno’s classic cars, because he’s not only a car buff, but big into classic car restoration. Here are a couple that we found particularly stunning in Jay Leno’s Garage.

When it was first developed in Germany, it was originally called the Daimler Dart, but when it was introduced to the United States, Dodge already had a Dart, so Daimler had to rename it, becoming the 1962 Daimler SP250, “SP” for “Sport” and “250” for its 2.5 ℓ carbureted engine. Incidentally, when it was shown at the 1959 New York Auto Show, it was voted “Ugliest Car,” and Jay Leno admits that it “takes some getting used to.” Still, there’s no getting by the fact that there isn’t anything like this on the road today, a truly unique vision of the past.

When Leno bought the car, it had been sitting outside for something like forty years, in pretty poor shape, and wouldn’t even run when he first bought it for his next car restoration project. That was two years ago. Now, restored and “tastefully upgraded,” such as with a modern braking system, improved carburetor, and a modern five-speed transmission. Something really special about the car was that it included a Daimler HEMI 2.5 ℓ V8, just 2,468 of which were ever included in the model. 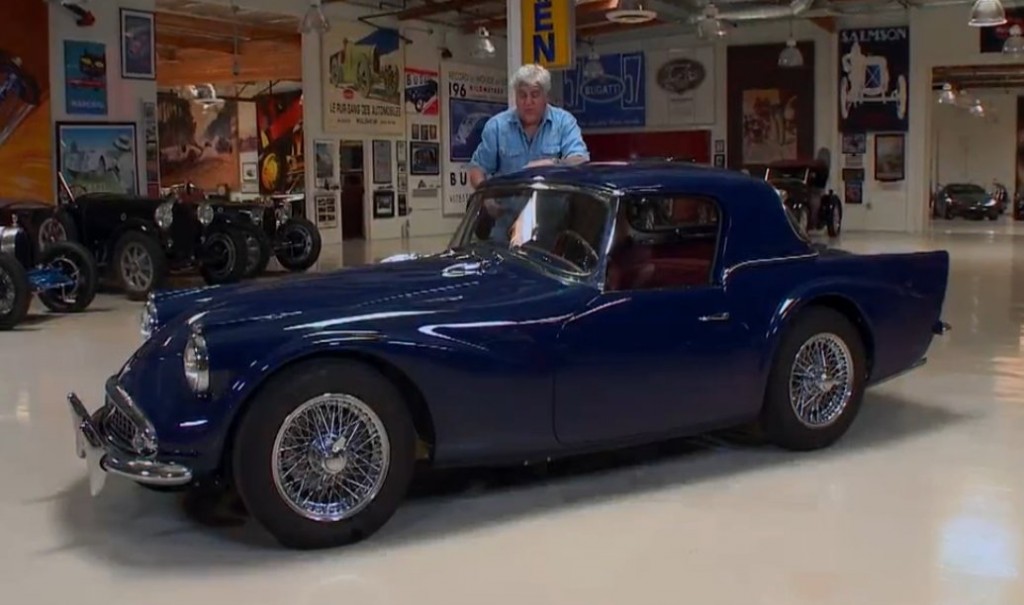 Here’s another one of Jay Leno’s Garage classic car we really liked, though this wasn’t one of Leno’s car restoration projects, but he bought it from someone who restored it, in Rhode Island, United States. Of course, this isn’t a faithful-to-classic restoration, but features some really impressive upgrades to turn it into a real performer. 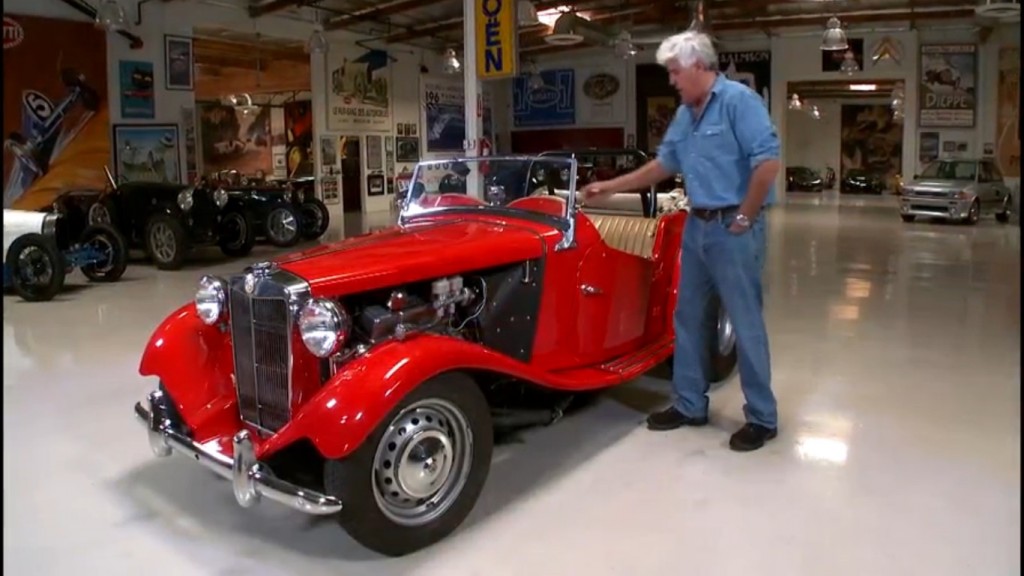 Perhaps the biggest upgrade was the engine, the 1952 MG TD formerly featuring a tiny 48 hp engine. Instead, restorer David Stenmark stuffed the engine bay with the unlikeliest of engines, a Chevy Small Block 350, stroked to 383 cubic inches, for total power output somewhere around 360 hp, practically the equivalent of putting a model rocket engine on a saltine cracker, as the saying goes. Stenmark put the car through its paces regularly at drag strips, typically running the quarter-mile run in around 10 seconds. Just for comparison, the only madern production cars that make this kind of track time are supercars, such as the Lamborghini Huracán, Porsche 911 Turbo, and Ferrari 458 Italia, to name a few. 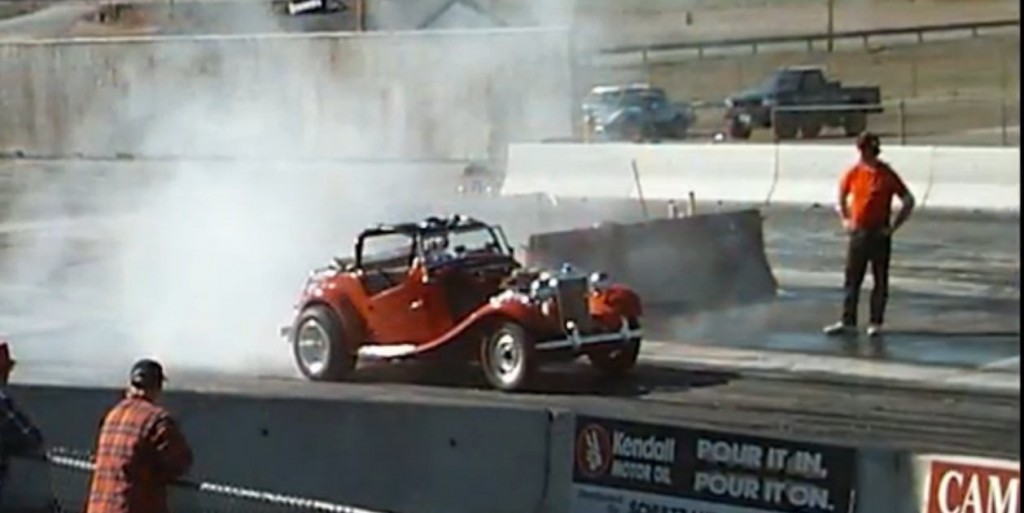 If there’s any car that typified the free-spirited thinking of the American 1960s, it could be the Meyers Manx dune buggy. While Bruce Meyers, whom Leno had the pleasure of interviewing on Jay Leno’s Garage, didn’t invent the dune buggy, he pretty much typified it for generations to come. Today, if you look at a modern dune buggy, it looks startlingly similar to the first one, which Meyers built back in the 1960s, which is interesting, because it’s a timeless design. While this wasn’t one of Leno’s car restoration projects, it is very special, because it was the first Meyers Manx. 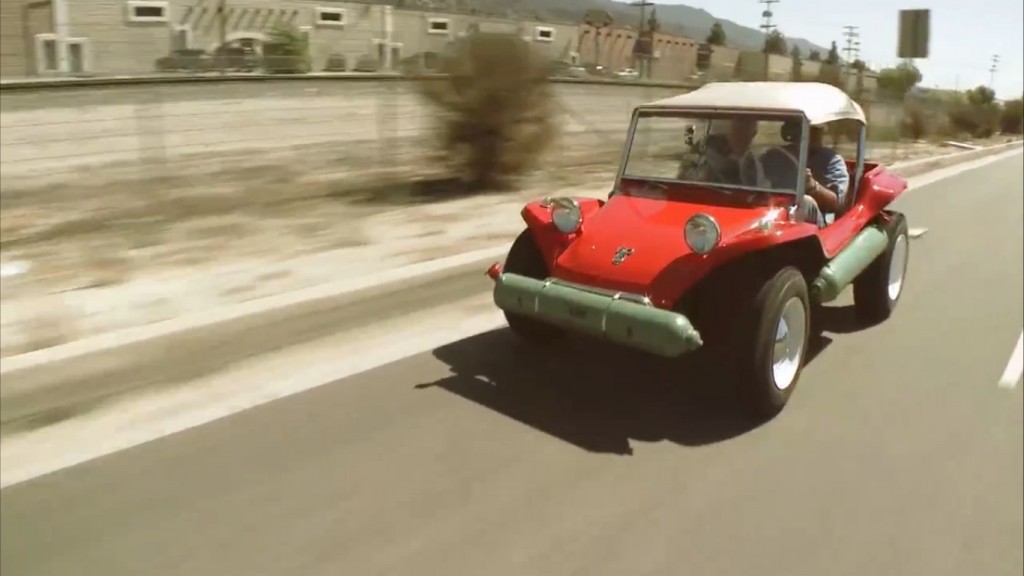 Built on a Volkswagen Beetle chassis and engine, usually featuring four-wheel drive, a lightweight fiberglass body, it’s still a design that puts smiles on people’s faces. Even today, one can buy Meyers Manx body kits to build your very own! 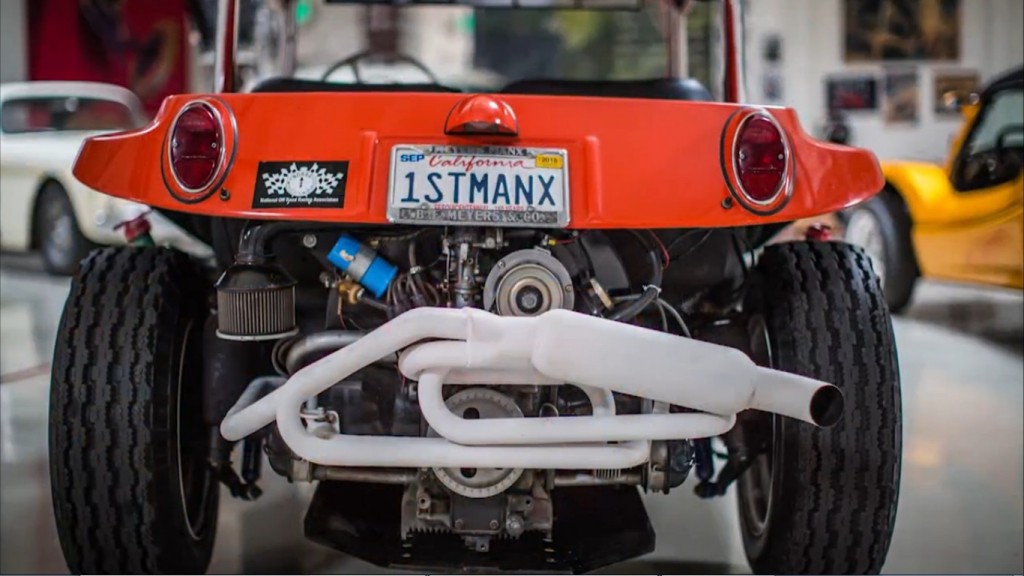