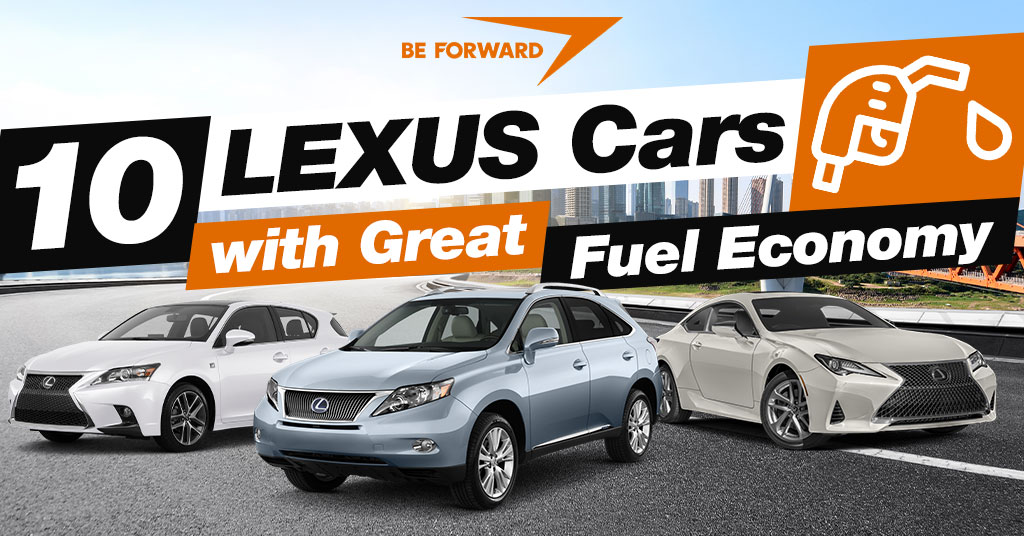 Lexus ES is the luxury brand of Toyota Motors that manufactures high-quality, reliable, modern, and fuel-efficient cars. It is one of the largest best-selling luxury brands that provide powerful engines, fuel efficiency, and affordability that customers are looking for whether it is the latest model or used cars.
Now, let us talk about the 10 Lexus Cars with Great Fuel Economy.

The Lexus RX is a 5-door crossover SUV that was first produced in 1998 and was also known as the Toyota Harrier until 2013. The RX is available in a front-engine, front-wheel-drive / four-wheel-drivetrain and is already in its fourth generation with numerous notable standard features which include 12.3-Inch Multimedia Display, Mark Levinson Premium Surround Sound Audio System, a 3-D Navigation system, ventilated leather seats, Heads-Up Display, keyless entry, and cruise control. The Lexus RX is fitted with (RX 200t/300) 2.0L 8AR-FTS turbocharged gasoline engine producing 238 PS (175 kW) with fuel economy of 11.8 km/L and (RX 450h) 3.5L 2GR-FXS V6 hybrid gasoline mated to an electric motor and eCVT delivering fuel economy of 18.8 km/L.

Lexus brand is one of the best-selling luxury cars around the world with their reliability, features, affordability, and fuel economy. Added its exquisite design and style that makes it more attractive, not just on the appearance but on the road. You can browse the BE FORWARD store for more cars with great fuel economy.