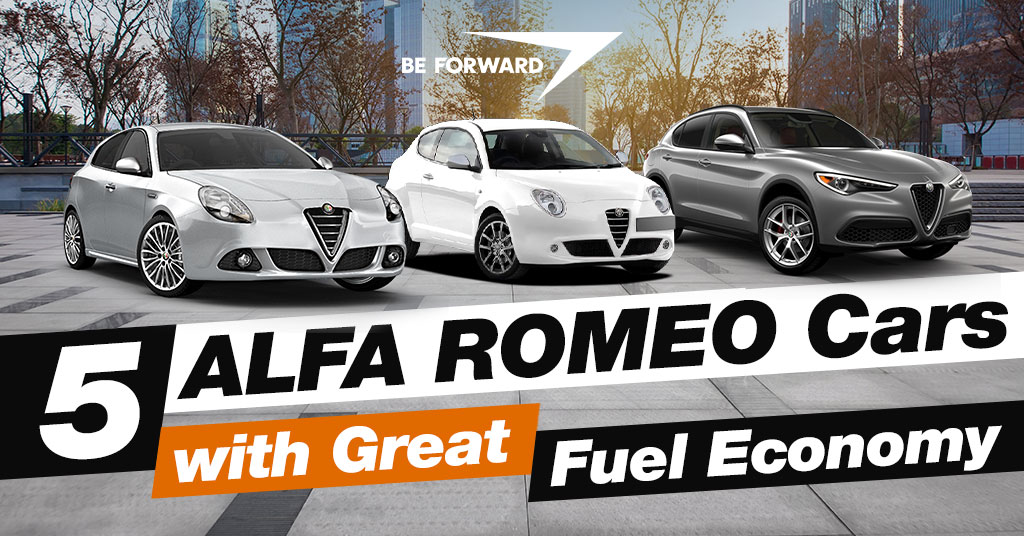 Alfa Romeo is an Italian automaker that continues to produce not just luxury cars, but also reliable, dependable, and modern vehicles with great fuel economy and state-of-the-art functions. The cars they produced have already earned lots of recognition and awards since it was established, a car that is worth knowing and buying for. In this article, we will talk about the 5 Alfa Romeo Cars with Great Fuel Economy.

The Alfa Romeo 145 (930A) is a three-door hatchback with a front-engine, front-wheel-drive system that was first introduced in 1994 at the Turin Motor show. Along with Alfa Romeo 145, the 146 also shares the same platform, the Fiat Group’s Tipo Due (Type Two) platform which was released in 1995. The 145 comes with driver and passenger airbags, side airbags, an anti-lock braking system, an electronic brake-force distribution system, a fire prevention device, air conditioning, power steering, and power windows. The Alfa Romeo 145 is fitted with a 2.0L Twin Spark straight-4 petrol engine producing power and torque of 155 PS (114 kW) at 6400 rpm, 187 Nm (138 lb-ft) at 3500 rpm with an urban fuel economy of 12.5 l/100 km, and combined fuel economy of 8.8 l/100 km.

The Alfa Romeo 147 (937) is available in a three-door and five-door hatchback produced from 2000 to 2010 with a front-engine, front-wheel-drive system. The 147 is the replacement of 145 and comes equipped with some notable standard features including airbags, front and rear fog lights, power windows, power steering, air conditioning, anti-lock braking system, electronic brake-force distribution, vehicle dynamic control, fire prevention device, anti-clip regulation, tilt steering mechanism, and 16-inch aluminum wheels. The Alfa Romeo 147 is powered by a 2.0L Twin Spark straight-4 petrol engine producing power and torque of 150 PS (110 kW; 148 hp) at 6300 rpm, 181 Nm (133 lb-ft) at 3800 rpm with an average fuel economy of 9.9 km/liter.

Alfa Romeo is known as one of the most popular brands of cars in the market nowadays with its exquisite design, high reliability and quality, advanced features, and outstanding fuel economy. Alfa Romeo is not easy to ignore, with its catchy name, outstanding appearance, and great performance, it is certainly worth buying for. You can visit the BE FORWARD store to check more affordable cars with great fuel economy.