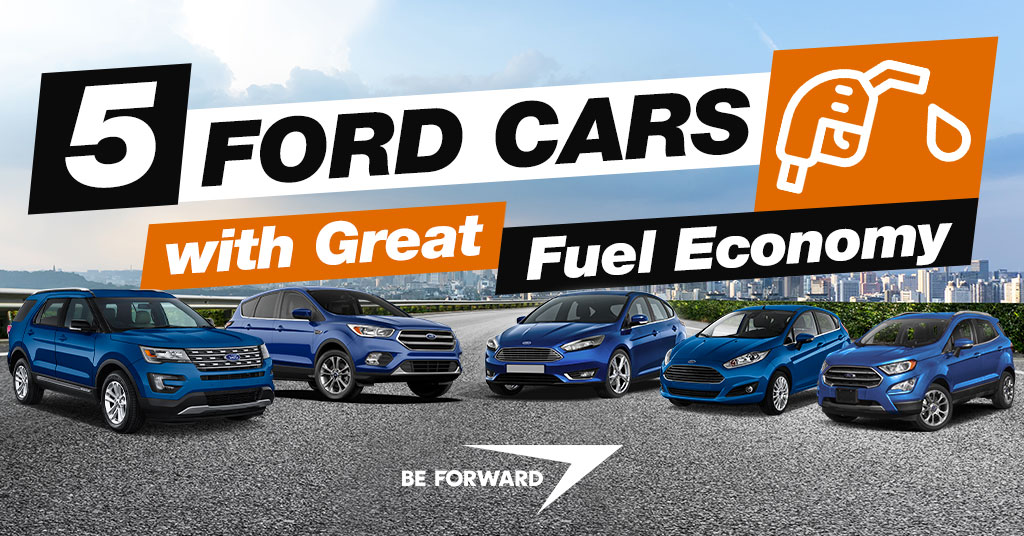 Ford is an American automobile manufacturer that offers a wide range lineup of automobile, commercial, and luxury cars around the world. The Ford car is highly rated for its reliability, durability, stylish design, and some of the most advanced technology along with its impressive fuel efficiency which makes it more attractive among the buyers.

In this article, we will talk about the 5 Ford Cars with Great Fuel Economy.

The Ford EcoSport is a five-door SUV that was first produced in 2003 by Ford and is now in its second generation. It is available in a front-wheel / all-wheel drivetrain with interior and exterior features for the comfort and convenience of the occupants which includes a 9-inch infotainment system, reverse camera and backup sensors, driver and passenger airbags, front side airbags, anti-lock braking system, electronic brake-force distribution system, 60/40 split-folding rear seat, and storage compartments. The EcoSport is equipped with a 1.0L EcoBoost Ti-VCT straight-3 turbocharged petrol engine with 74 kW (99 hp) and a 1.5L Sigma Ti-VCT straight-4 petrol engine with 111 PS (82 kW) at 6300 rpm delivering a fuel economy of 14.5 km/L.

Ford models are one of the best-selling cars, not just in the North American market but in other international markets due to their quality, design, features, performance, and fuel economy. So, if you are looking for a car with great reliability and outstanding fuel efficiency then definitely try the Ford cars. Please visit the BE FORWARD store for more details on how to start your purchase now.