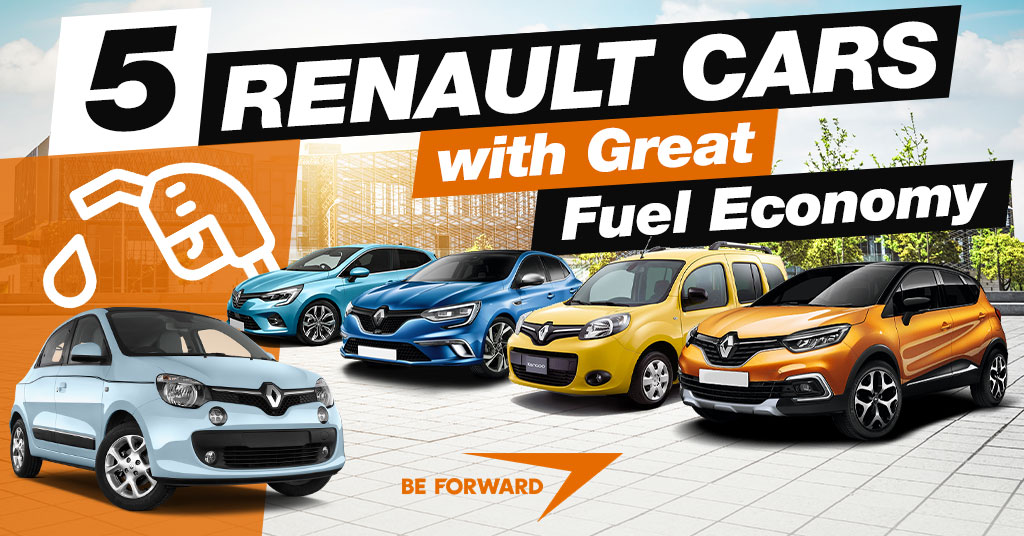 Renault cars are owned by a French automobile manufacturer Renault Group that continues to produce a highly reliable and dependable car with amazing features, attractive designs, and great fuel economy. Also, Renault cars are known for their budget-friendly price and low-cost repairs which makes them more popular among buyers. In this article, we will talk about the 5 Renault Cars with Great Fuel Economy.

The Renault Kangoo is a four/five-door minivan that was first introduced in 1997 with a front-engine, front-wheel-drive / four-wheel drive layout and is currently in its third generation. The Renault Kangoo offers three wheelbase formats namely: Kangoo Compact, Kangoo Express, and Kangoo Express Maxi with some notable standard features that offer security and convenience to the driver and passengers. It consists of airbags, three-point seat belts with pretensioners, air conditioning, power windows, tilt steering function, cruise control, electronic stability control, brake assist, anti-lock braking system, and electronic brake-force distribution. The Renault Kangoo is fitted with a 1.2L H5Ft straight-4 turbo petrol engine producing power and torque of 115 PS (84 kW) at 4500 rpm, 19.4 kgm (190 Nm) at 1750 rpm with an average fuel economy of 14.7 km/L.

These Renault cars are some of the most popular models that offer not just an outstanding fuel economy but some innovative features, exquisite designs, powerful engine options, and reliability that you want for a car. It also helps that these cars offer a comfortable cabin, modern interior, decent boot size, and affordable price. You can now visit the BE FORWARD store for more model options that will definitely suit your budget.