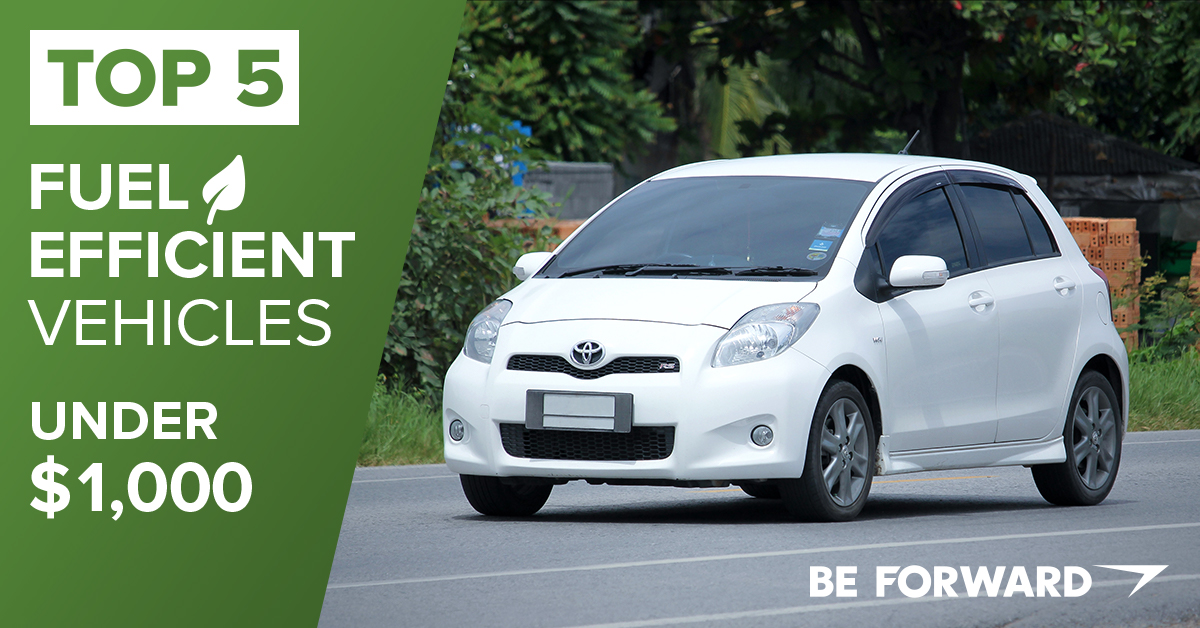 Would you like to drive a car and save money at the same time? Driving does not have to be expensive—not when you can drive a car that has been designed to run at the lowest cost! Keep reading to discover 5 of the top cheapest fuel-efficient cars available at BE FORWARD. 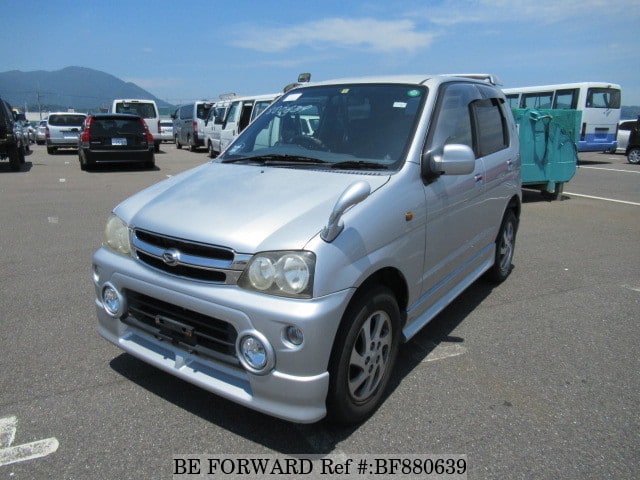 The fuel-friendly 0.7 i 12V engine has a displacement of 659cc, with 3 cylinders at 4 valves per cylinder. It is mated to a 5-speed manual gearbox or a 5-speed automatic transmission, with a fuel tank capacity of 40 liters, and an average fuel consumption of roughly 10km per liter.

The Terios Kid is one of the most popular Japanese Kei cars. “Kei” means a small car that is meant for personal use. Cars referred to as Kei cars are small both in engine displacement as well as in their exterior and interior dimensions. 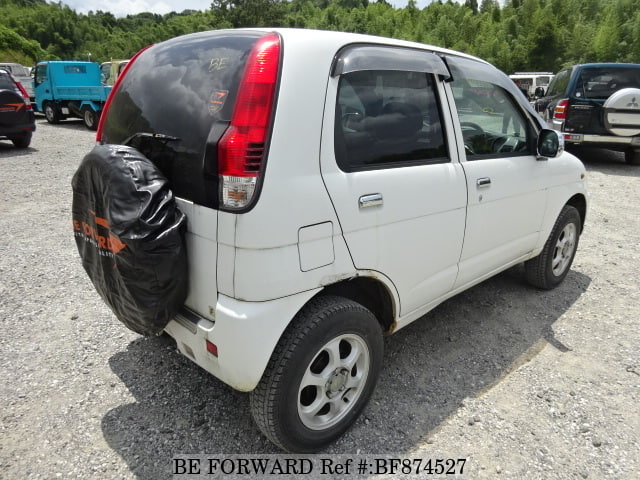 Above: Rear of a used 2001 Daihatsu Terios Kid

The Terios Kid’s exterior offers features such as good ground clearance, alloy rims, roof rails, and five doors. This compact SUV measures at about 136 inches long by 59 inches wide, and is available in various colors, with solid white being the most affordable. The unibody chassis also makes this is a very solid vehicle that you can put to any task. 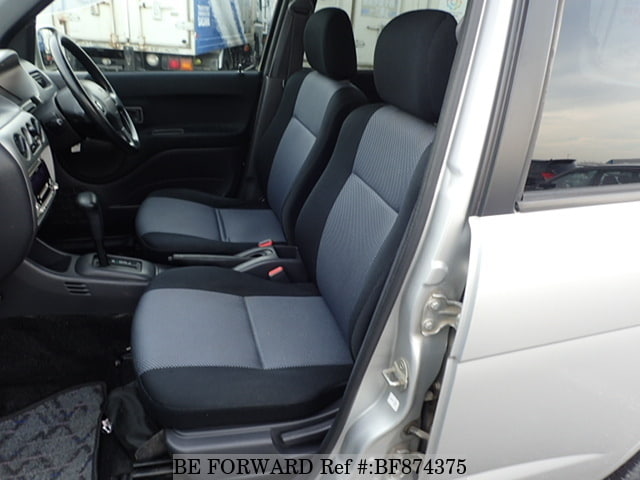 You will also  find that the Terios Kid offers a feature-rich and very comfortable interior. Despite the smaller size of this SUV, there is plenty of legroom and headroom for passengers. Power steering, electric mirrors and windows, navigation system, and great driver visibility are also on offer. It can seat 5 grown adults and it has an incredible amount of boot space to spare, at roughly 410 liters.

How Much is a Used Daihatsu Terios Kid? 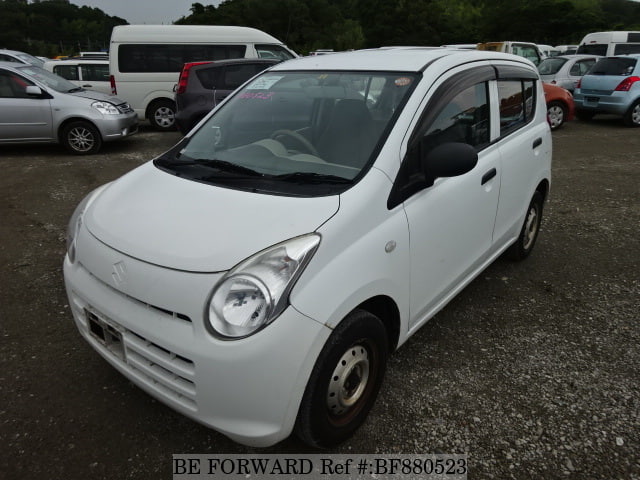 The Suzuki Alto comes with a 65 horsepower, 1.1 I 16V D engine with multipoint fuel injection, running on petrol and with a tank capacity of 35 liters. Fuel consumption is where this car really wins the hearts of potential buyers, as it can reach an average of 19km/L. 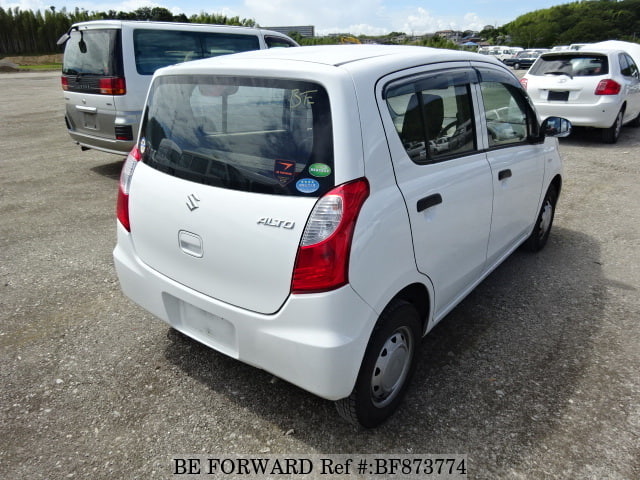 The exterior of the Suzuki Alto is simple yet functional. It is compact and offers decent ground clearance, however care should be taken when encountering speed bumps. Among the Suzuki Alto’s various specs you will see that it is a 5-door hatchback and, depending on how much you are willing to pay, may even come with alloy wheels and added fog lights for selected trims. 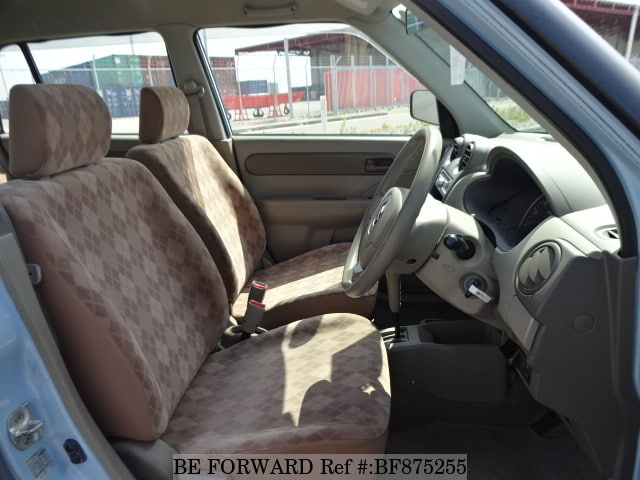 Above: Interior of a used 2009 Suzuki Alto

The Suzuki Alto’s interior is good overall and offers a comfortable driver and passenger experience without the bells and whistles of more expensive cars. The driver seat is adjustable in height, the steering is solid, and this car handles nimbly around corners. It is designed to seat 4 adults with reasonable head and legroom for a hatch of its size, and also offers a boot space of around 170 liters (and up to 700 liters with the second-row seats folded).

How Much is a Used Suzuki Alto? 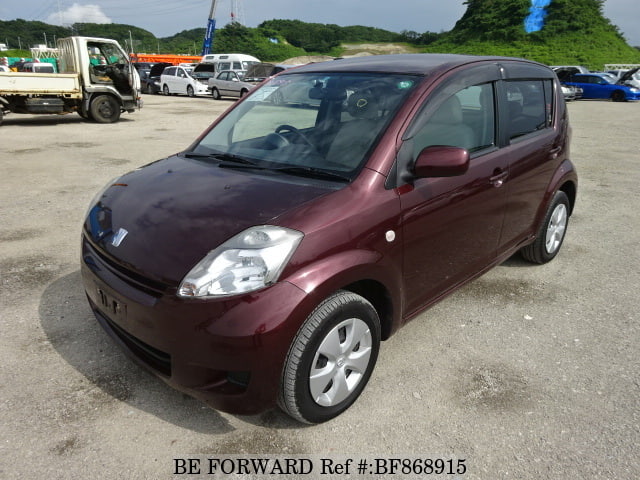 Where the Suzuki Alto is more on the basic side in regards to its design and features, the opposite is true of the Toyota Passo, an incredibly impressive car from Toyota. However, what makes it even more appealing is its low running costs.

If you opt for the 1000cc Toyota Passo, you can expect an average fuel consumption of around 23km/L. The other 1300cc model is also fuel-friendly, with the added bonus of a slightly more powerful engine. 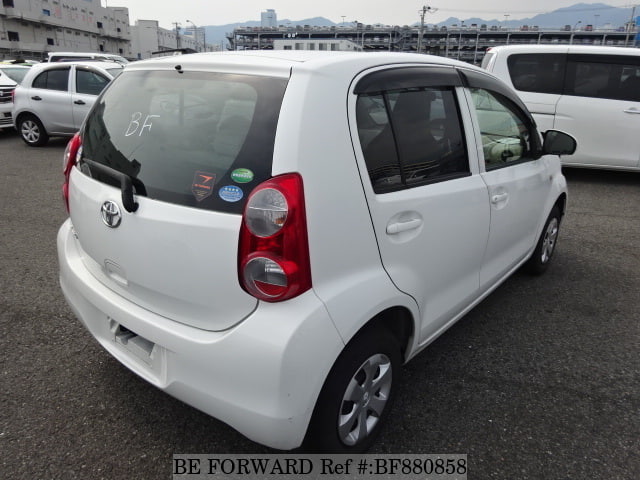 The exterior of the Passo is appealing, though not as grooved as that other similar hatchbacks such as the Nissan March. The amount of ground clearance on offer is decent, and the optional additional of alloy rims give its overall external aesthetics a boost. This is a 5-door car that also comes with many colors to suit all kinds of tastes. 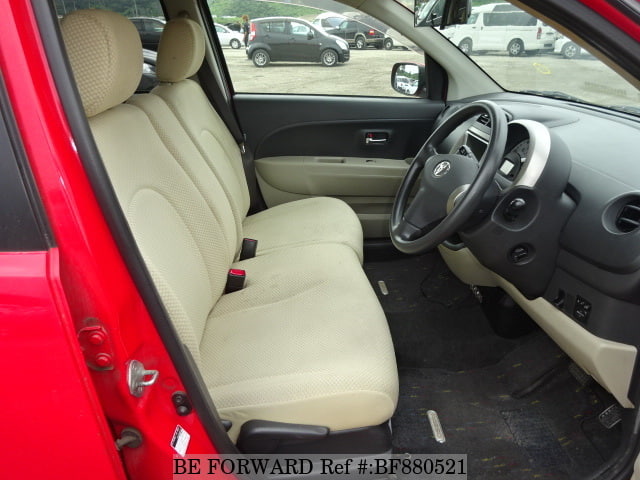 Above: Interior of a used 2008 Toyota Passo

One thing that you will realize from the Toyota Passo is just how spacious its interior is. If you are looking for a family car, this car is a great option to consider. GPS navigation is available in certain models in addition to power steering, electric windows and mirrors, enough seating space to fit up to 5 adults, and a total boot space of roughly 630 liters with the seats folded.

How Much is a Used Toyota Passo? 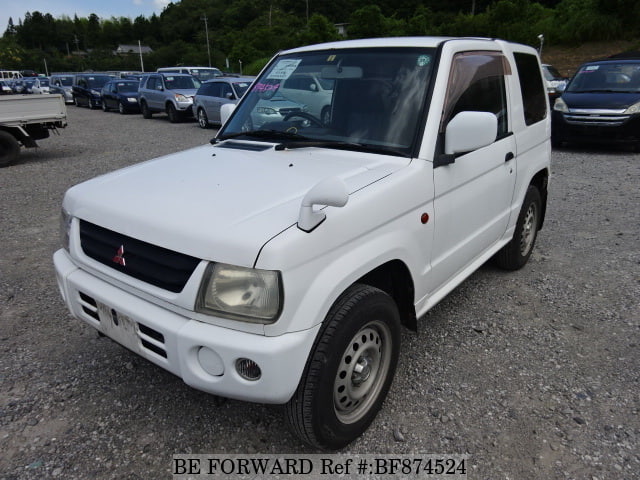 The Mitsubishi Pajero Mini’s offers a fuel economy of about 17km/L, a 659cc engine that runs on petrol with a multi-point injection system, and a fuel tank capacity of roughly 35 liters. 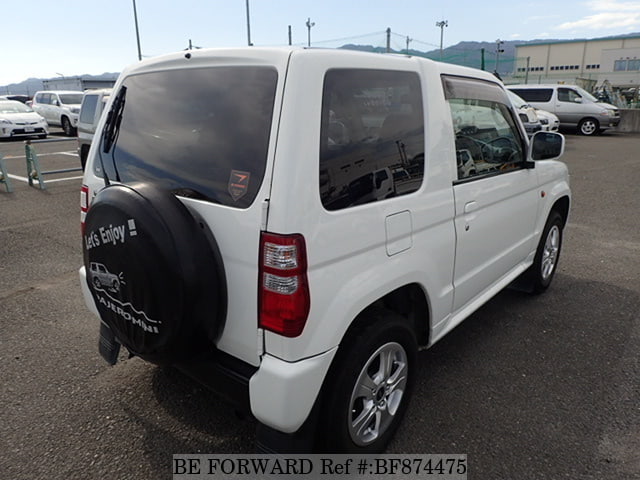 The Pajero Mini is a 5-seater, albeit with a minimal amount of seating space at the back, compact SUV. It is turbocharged, and it has high ground clearance in comparison to other vehicles in this list. The interior of this car offers a range of standard features in addition to a lot of headroom for even the tallest of passengers. 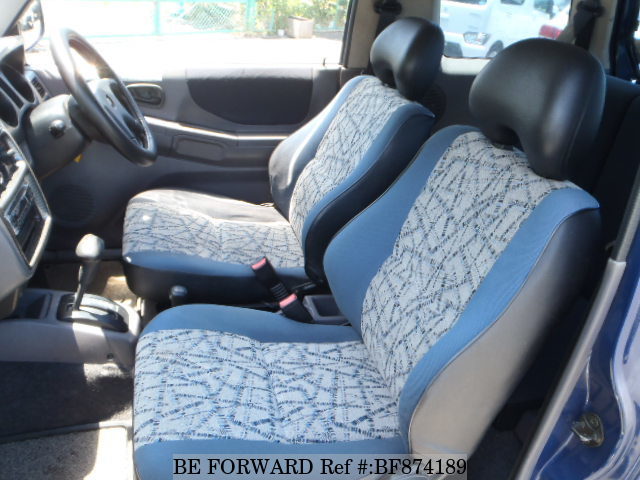 Above: Interior of a used 1995 Mitsubishi Pajero Mini

The cabin has a large amount of storage space including deep door pockets and a convenient center console, and it also comes with electric windows and mirrors. Depending on the model, the upholstery can be either leather, standard fabric, or a mix of both. The boot space on offer comes in at around 290 liters, enough to fit smaller amounts of cargo or luggage when needed.

How Much is a Used Mitsubishi Pajero Mini?

On BE FORWARD, the average cost of a used Mitsubishi Pajero Mini is between around $300 and $900 * 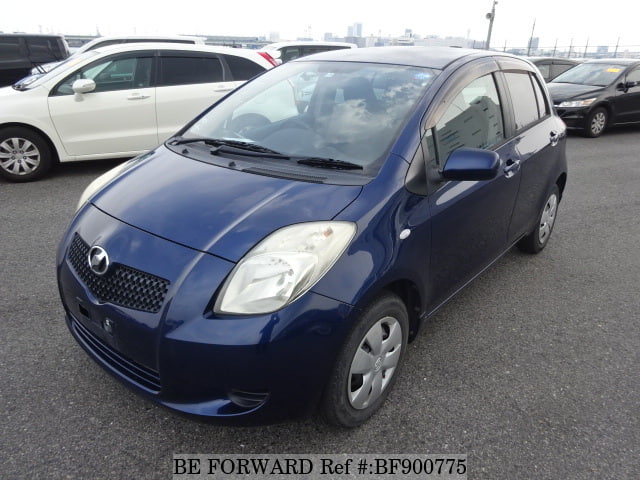 Whenever compact cars with low fuel consumption are mentioned, the Toyota Vitz, or Toyota Yaris as it’s known in some markets, always finds a place in the discussion. This is one of the most popular small cars from Japan that can often be found zipping around the streets of Africa, thanks not only to its generous fuel economy but also its range of features.

The Toyota Vitz is available in both 1000cc and 1300cc models, with both receiving rave reviews for their fuel economy. With a petrol fuel tank capacity of 42 liters and average fuel consumption of around 20.8 km/L, the Vitz is almost as good as it gets. This compact car is very useful for urban driving as well as long distance driving from time to time. Because of the wide availability of spare parts, maintaining a Vitz is also a cinch. 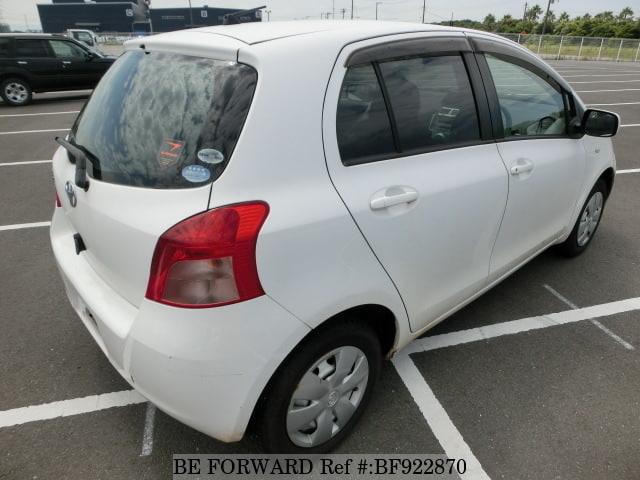 The exterior of the Vitz is a joy to look at, with many models offering 15-inch alloy rims, bright fog lights, and an impressive grill that makes an impact on the viewer. Like a number of other models on this list, the Vitz is also available in a variety of colors to suit the tastes and preferences of the driver and make your drive all the more personal. 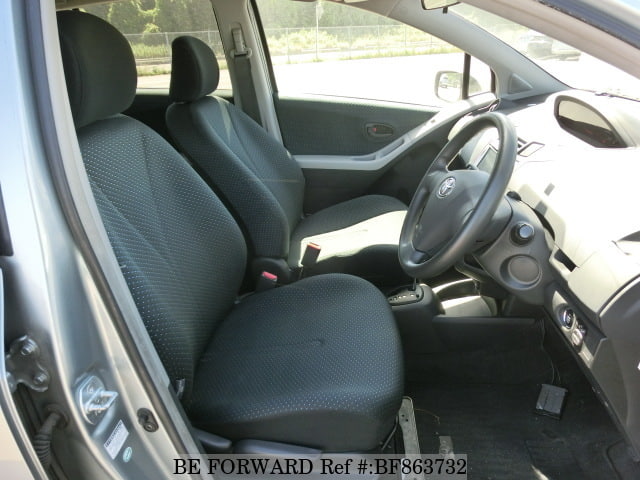 While we have said that the Toyota Vitz interior is big, it is slightly smaller than some of its competitors, like the Honda Fit for example. However, it makes up for this with its comfortable seating and range of features that emphasize this hatchback’s cost-performance.

How Much is a Used Toyota Vitz?

BE FORWARD: Your Source for Low-Cost, Low Fuel Economy Used Cars and More