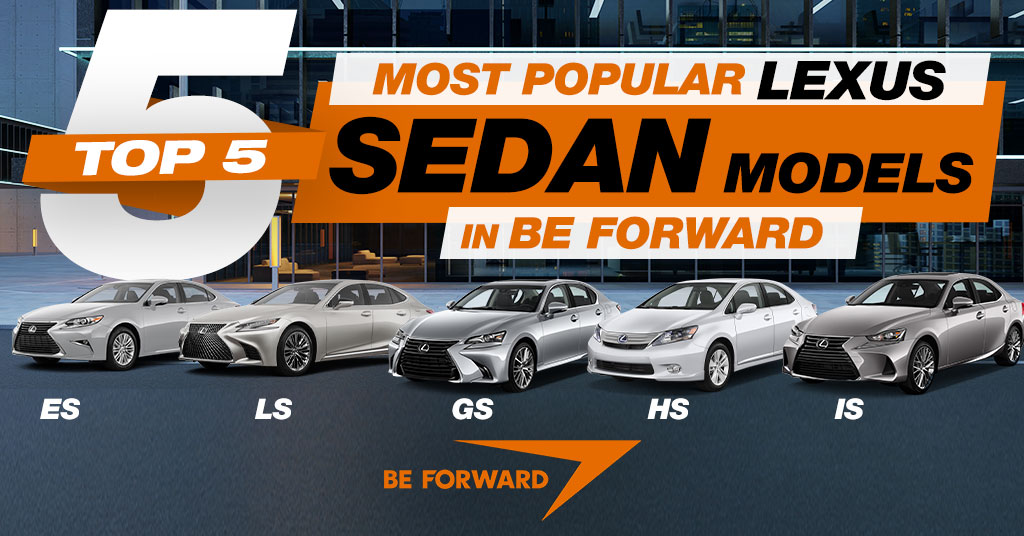 Lexus is the luxury brand of Toyota Motors which produces and markets modern, high-quality, reliable, powerful, and fuel-efficient cars. Lexus is one of the largest best-selling and most popular luxury brands in the automotive market that provide powerful engine options, advanced features, comfortable interiors, fuel efficiency, and affordability that customers are looking for. In this article, we will talk about the Top 5 Most Popular Lexus Sedan Models in BE FORWARD.

Lexus cars are one of the well-known luxury cars in the automotive sector. Whether it is the latest model or used cars, Lexus cars offer impressive reliability, fuel efficiency, innovative technological system, and state-of-the-art interiors for the comfort and safety of the driver and passengers. Added its attractive design and luxurious appearance that makes it stand out not just on the road but from the other cars. So, what are you waiting for? Check the BE FORWARD store to get your own Lexus car today.