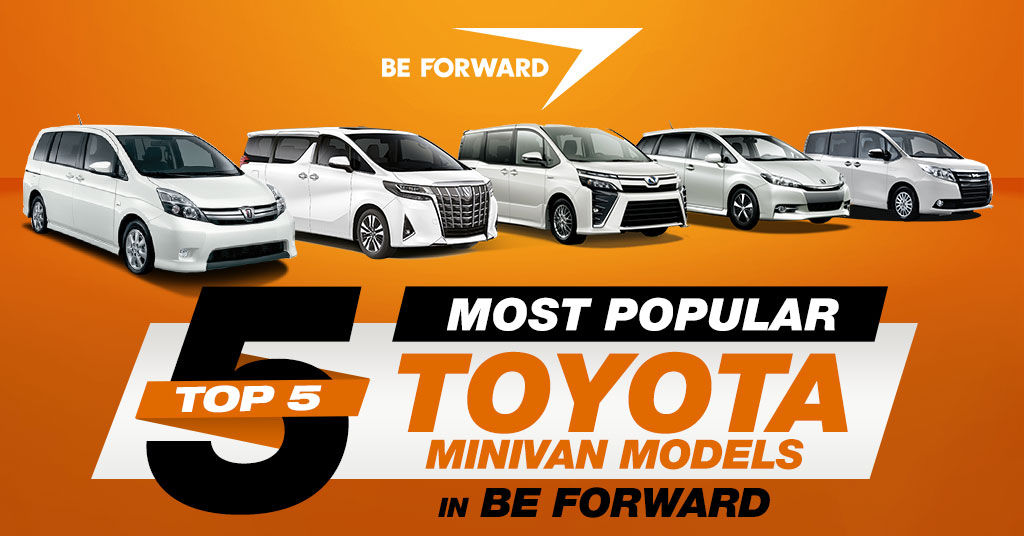 Nowadays, many car lovers select flexibility and functionality when choosing a car. The minivan’s ability to carry both people and cargo is increasingly being seen as an important asset among those people who value self-sufficiency.
Minivans are designed to be more versatile and practical than hatchbacks, with third-row back seats that fold down to provide more storage space or carrying extra people.
When the third-row seats of minivans are folded down, they compete with what many crossover SUVs can offer. Minivans got the length and bulk of station wagons and are more fuel-efficient than most SUVs. Minivans are also offered at very competitive prices.
Keep reading our top 5 most popular Toyota Minivan models to consider a car for family use.

The Toyota Wish is a five-door compact MPV produced from 2003 to 2017. The Wish nameplate was marketed under the “Wish Comes True” slogan. 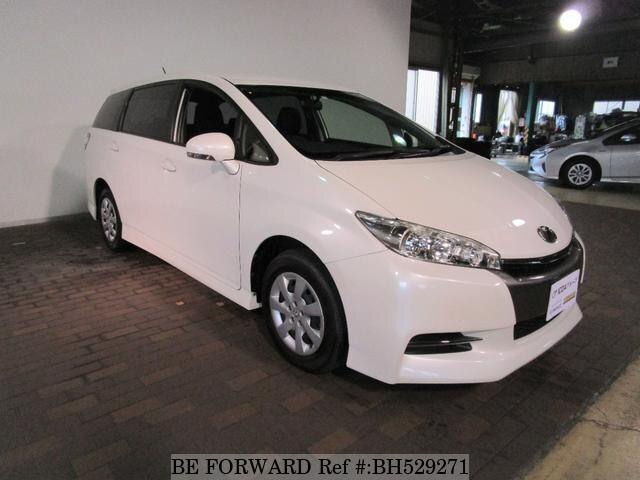 The Wish has always been a front-runner when it comes to style. The second generation was released in 2009 after being redesigned at Toyota’s Japan studios. They gave it a beautiful and distinctive curvilinear look.

The second-generation Wish was upgraded in April 2012 with the taste of a facelifted model. Changes were made to the rear lamps featuring LED insets and headlights, rear tailgate garnish, revised front grille, and dashboard meter cluster. 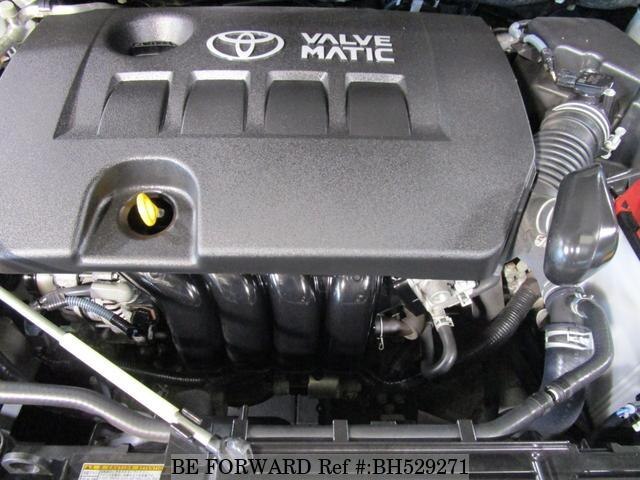 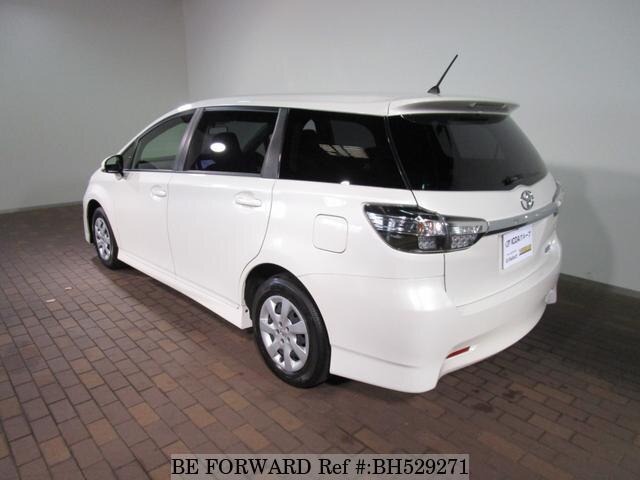 The second generation came with a mature entry with countless features that put the driver first. The 1.8L and 2L engines each use dual VVT-i and Super CVT-i transmissions, which improved the already-impressive fuel economy by ranging from 14.4km/L to 16km/L. Liable on your looked-for version, the Wish can seat 7 passengers and is equipped with a front-wheel or full-time 4-Wheel-Drive drivetrain. This roomy and economical 5-door MPV’s second-generation variations tend to offer a 60L of full tank capacity. The Wish has a relaxed interior with excellent climate control. 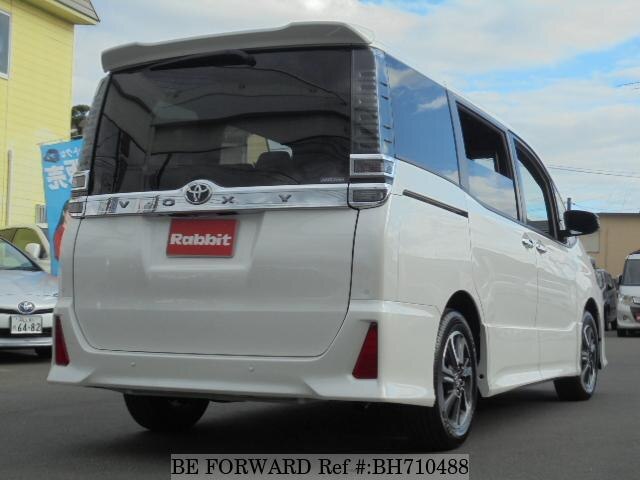 The Toyota Voxy offers interesting and charming styling points and qualifications as well as a trustworthy power train. The Voxy is extremely rated by previous and current owners as well as automotive professionals and can seat up to 7 or 8 passengers. In addition, the Voxy offers an outstanding cargo room featuring a spacious cabin area. It is available in a front-engine/front-wheel-drive (FF) layout or with a full-time four-wheel drive (4WD). 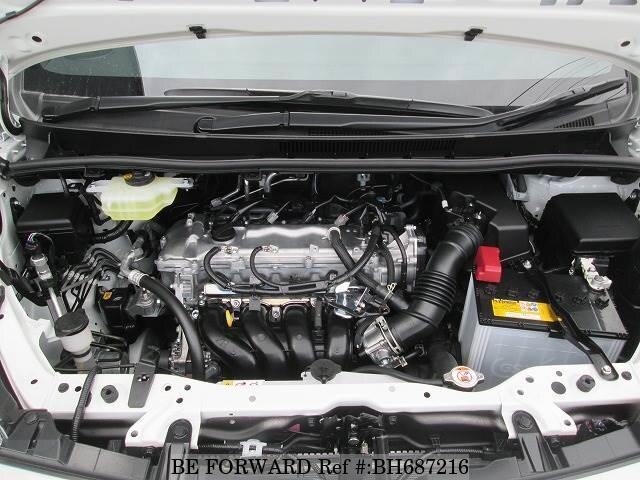 Two engine options are available; the 2.0-liter 156 1AZ-FSE, and the 2.0-liter 3ZR-FAE.
The second generation came with two engine options which are the 2.0 L 3ZR-FE I4 (petrol) and 2.0 L 3ZR-FAE Valvematic I4 (petrol) engines. Each uses dual VVT-i and Super CVT-i transmissions which support fuel efficiency and power. Fuel consumption ranging from 12.8 km/L to 14.4 km/L. MPV’s variations have fuel tank capacity to offer a 60L of a full tank. The seats are high for a normal seating position that is ideal for long-distance travel. On the outside, the Voxy has a sportier look with a smaller grille and rounded bonnet.

In production from 2002 to the present, the Toyota Alphard, known in some countries as the Toyota Vellfire, is a minivan multi-use car. 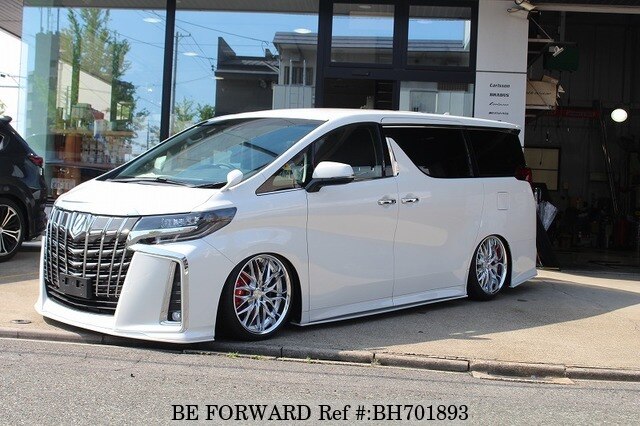 The Toyota Alphard is a tall large van that comes with fog lights and alloy rims as standard. The second-generation features a sharper styling with a massive aero bumper and bi-level headlights. 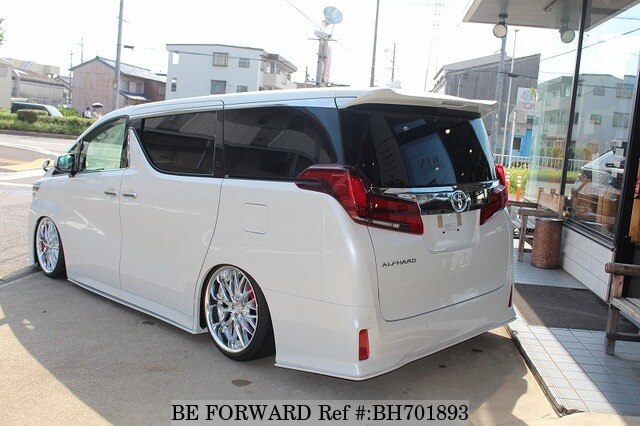 The Toyota Alphard is one of the most comfortable minivans we’ve seen in the market. The seats are more comfortable and roomy similar to business class seats on airlines. I mean, how many minivans have you seen having lie-flat seats? The cabin is well separated from outside noise and you can have a talk while cruising down a highway without having to increase your voice. The room for all the 3 rows is outstanding and you really can’t ask for whatever more.

With all the 3 rows in use, there’s enough boot space to store about 3 medium-sized cases. With the 3rd row seats folded up, the boot space becomes really big. Additionally, the 2nd row seats can be slid forward to make an even bigger boot space. 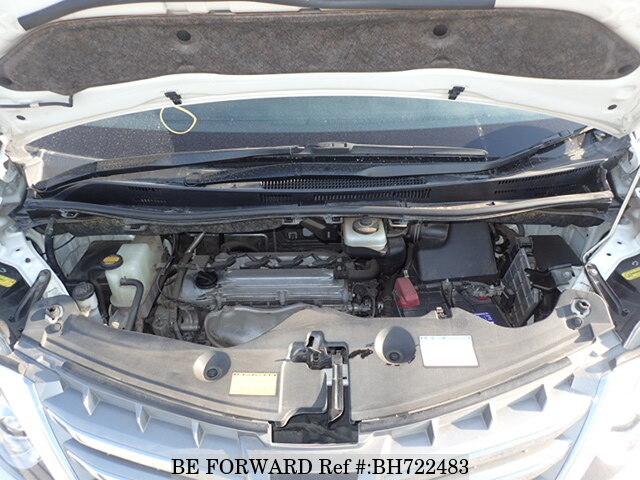 Initially released in 2001, the Toyota Noah is a minivan car. The Toyota Noah, previously known as the Toyota LiteAce Noah, is the most affordable Toyota minivan available most in Africa. It substitutes the LiteAce/TownAce Noah, recalling the “R” model code and generation numbering. It can carry seven or eight passengers and it was the first Toyota to receive the Valvematic engines back in 2007. 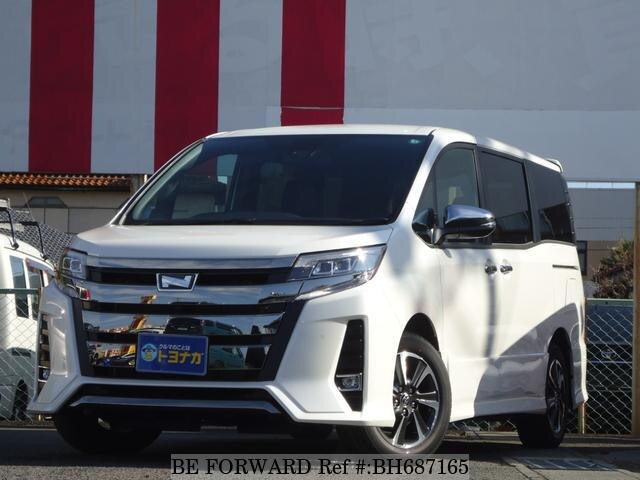 Noah has two engines which are the 2.0-liter 1AZ-FSE I4 and 2.0-liter 3ZR_FAE Valvematic. The Toyota Noah is a very roomy car that can happily carry up to 8 full-sized adults and their baggage. The high, upright seats offer a natural seating position and are relaxed for long-distance driving. At the first row, the passenger and driver are afforded good legroom and a good sight of the road. Both seats are electrically and manually adjustable and even tall people have adequate legroom. The second and third rows have enough legroom as well, with excellent shoulder space. 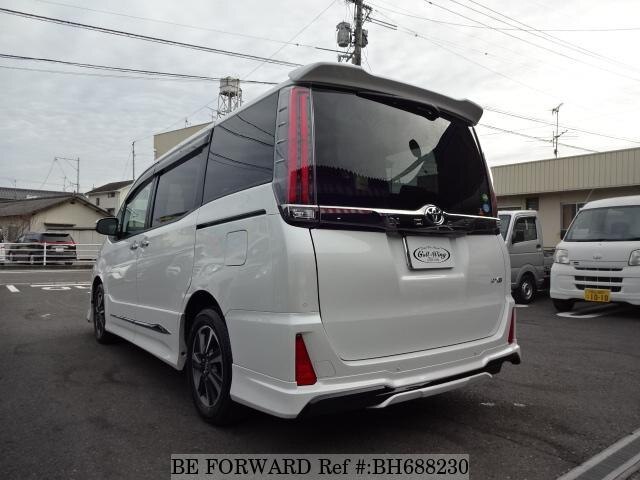 The interior space is eccentric. The higher graded version is much more comfortable with extra amplified seats, beige interior, and leather seats on the second row. The only drawback we have with the Toyota Noah is the instrument cluster that is placed in the middle of the dashboard. 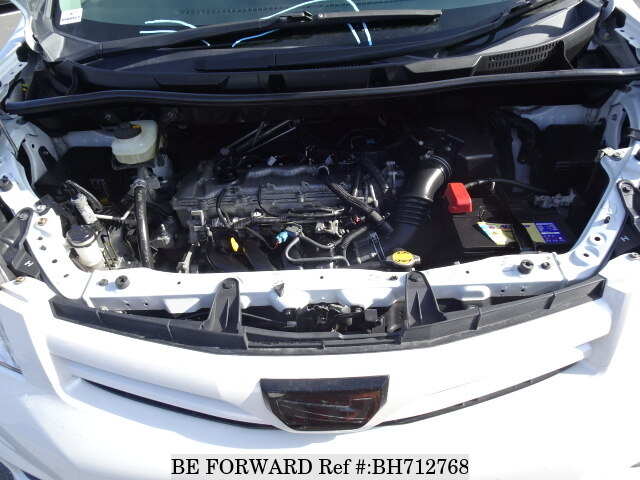 The second generation of Toyota Noah came with two engine options which are the 2.0 L 3ZR-FAE Valvematic I4 (petrol) and 2.0-liter 3ZR-FE I4 (petrol) engines. Each uses dual Variable Valve Transmission-i (VVT-i) and Super CVT-i transmissions, which support power and fuel efficiency.

Fuel consumption ranges from 12.6 km/L to 14.2 km/L. Toyota Noah has a fuel tank capacity to offer a 60L of a full tank.
The Noah models from 2001 – 2004 comes with a gearbox in a four-speed automatic or a CVT from 2004 – 2007 models while the third generation comes with CVT-i (petrol) or eCVT for hybrid versions. The Toyota Noah can be equipped with a traction control system, a multi-functional steering wheel, cruise control, keyless entry system, dual-zone climate control system, a rear camera, and rear air conditioning.

The Toyota ISIS is a multi-purpose vehicle first released in 2004. Toyota ISIS is a seven-seat large Multi-Purpose Vehicle (MPV) manufactured by Kanto Auto Works which is a member of the Toyota Group. After being launched in September 2004, it was sold in Japan. It features two sliding doors on both sides left and right and is available with either front or four-wheel drive. 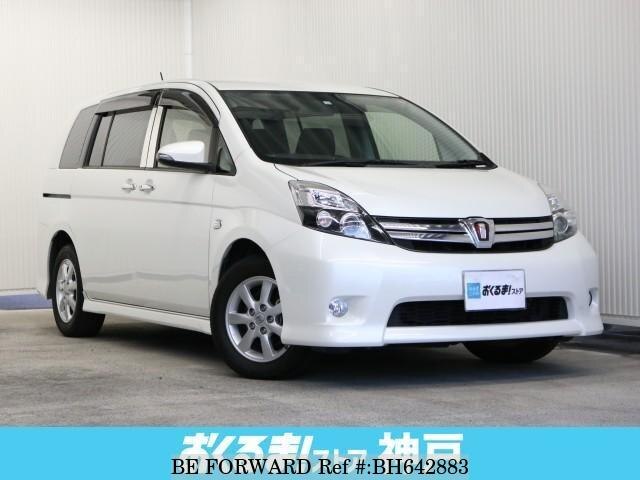 It is a luxurious car with a large cabin and exclusive features such as the large pillarless doorway on the left side and the flat-folding seats. Its popularity in the Tanzanian market is driven by its utility, affordability, and fuel economy. It competes with the Mazda Premacy, Nissan Lafesta, Toyota Wish, and Subaru Exiga.

The Toyota ISIS produced a single generation that spanned 13 years from 2004 to 2017. It can carry 7 passengers in a 3-row seat configuration. The space is excellent on the first and second rows. The third row is smaller where tall passengers cannot seat comfortably but still better than most of its competitors.

The Toyota ISIS has a boxy exterior look but not as high as the Noah. Higher grades come with fog lights and alloy rims.
The fuel tank capacity is the same as Toyota Noah, Voxy, and Alphard which carry 60L with a full tank. The fuel consumption for Toyota ISIS equipped with a 1.8L is approximately 15.2 Km/L while the Toyota ISIS mated with a 2.0L is about 14.4 Km/L. 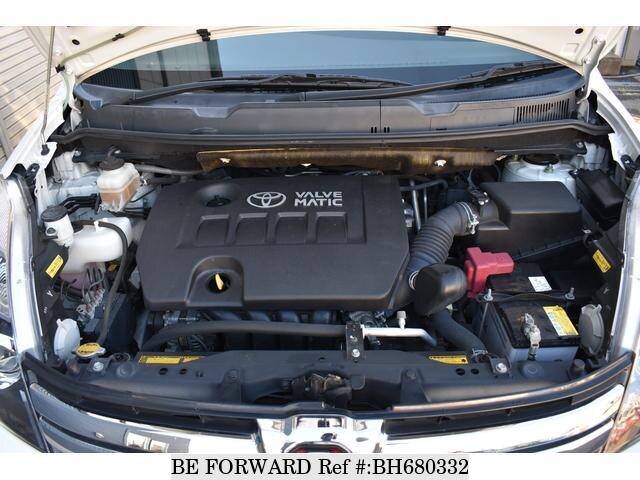 The Toyota ISIS is a relaxing car to drive because the steering is light and handles the corners well. The 2.0L engine is extra powerful and the difference is visible.

The Toyota ISIS is very ideal for people with large families. If properly maintained, it’s a reliable car that can run for many years. It’s more practical and spacious when compared to its closest competitors such as the Nissan Lafesta, Subaru Exiga, and Mazda Premacy.

Modern MPVs are more sporty and stylish than their predecessors. The key to making the right choice is considering what best fits your lifestyle. Please take your time browsing minivans on our site, and don’t hesitate to contact us if you have any questions.