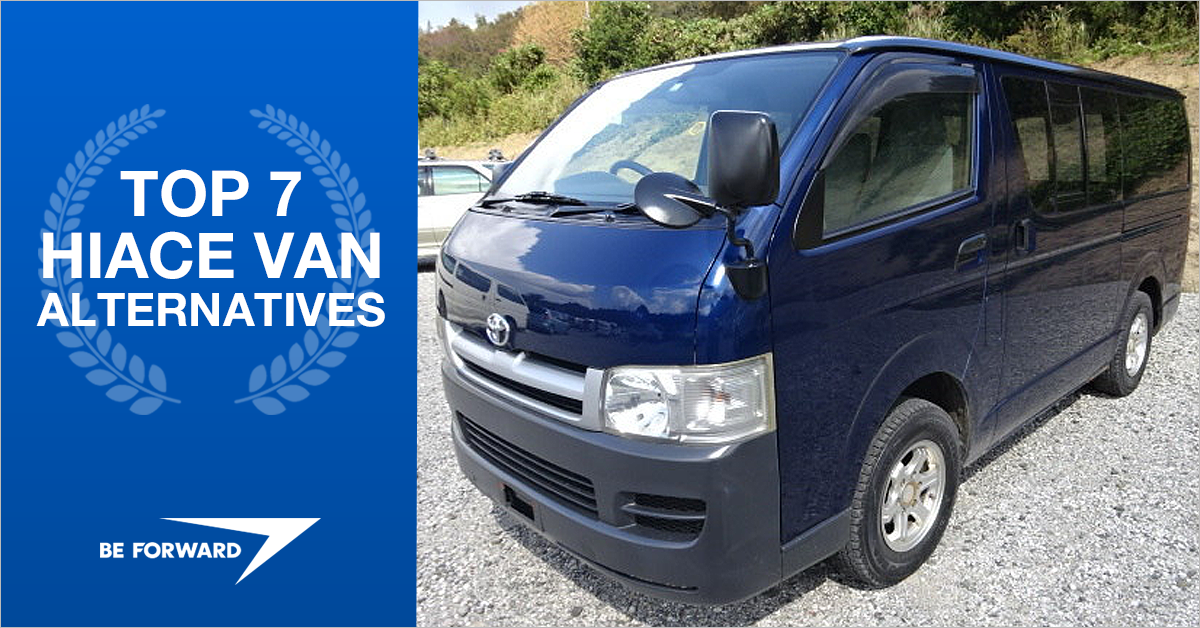 When looking for HiAce alternatives, most people think about Toyota HiAce vs. Nissan Caravan. There are many other alternatives out there. The Isuzu Como, Nissan Vanette, Mazda Bongo and Toyota RegiusAce are just some of the alternatives that we have in the market. 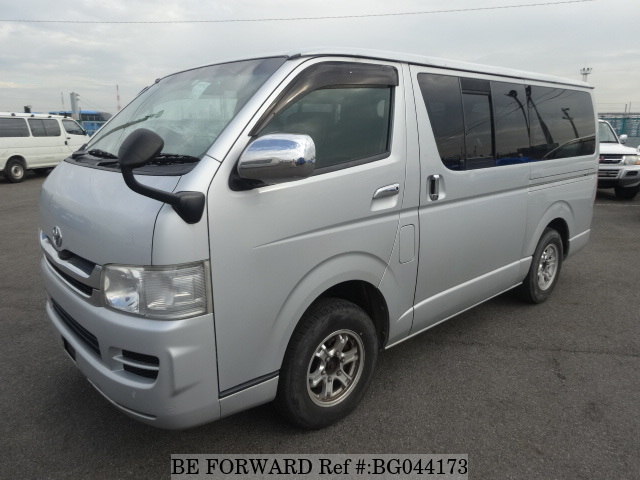 To understand why Toyota HiAce is the basis for comparison, here is a summary of its features:

Now that you understand what the HiAce brings to the table, here are seven alternatives that match up quite well with it. 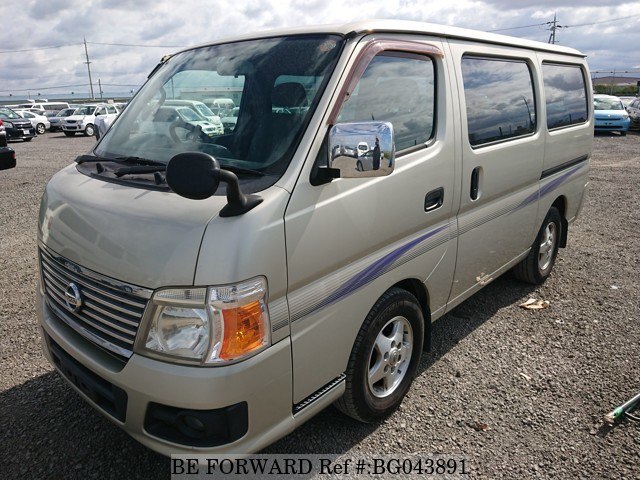 The 2008 Nissan Caravan has a spacious interior, with a lot of cabin storage features. Aftermarket navigation may be available in some models. Power steering, automatic or manual gearbox, 3-person front row seating and air conditioning are some of the features. In Kenya, the Nissan Caravan is allowed to carry 18 passengers.

The exterior of the Caravan shows a well-built van with high ground clearance, a tailgate to access the boot, one sliding door and large windows. It does not look as boxy as the Toyota HiAce. The design for the Nissan Caravan has however largely remained unchanged since 1986 but has increased its interior space.

The most common engine is the 2.7L i4 turbo diesel. Some Caravans might also come with the 3.0L i4 turbo diesel engine. This is mated to a 2-wheel drive train and 5-speed manual transmission. On average, the fuel consumption is 8.1km/l and fuel tank capacity is 65 liters. 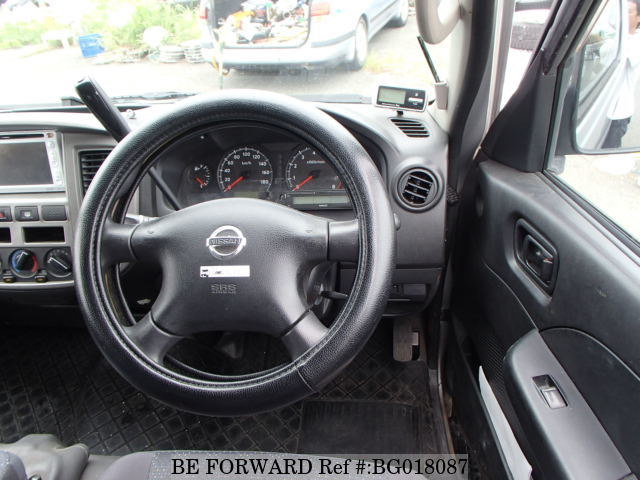 Nissan Caravan is a good passenger transport option for East Africa (it is assembled in Kenya). It is used as a commuter van in Central Africa, West Africa, South Africa and other places. A cargo version is also available for conducting business. Low fuel consumption, wide availability of spare parts and low running costs make it a darling for Africa.

Nissan Vanette is another good HiAce alternative. The first generation was launched in 1978. It would be discontinued in 2011, while in the fourth generation. 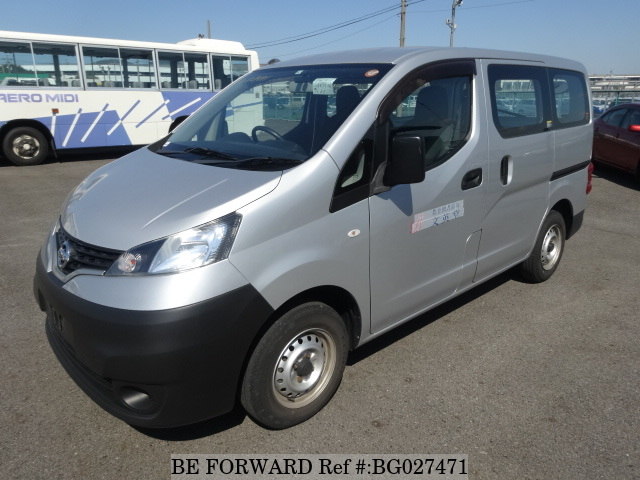 Albeit smaller than the HiAce, the interior of the Nissan Vanette has enough space to seat three people. Air conditioning and ample legroom for driver and front passengers are the Vanette’s convenience features.

From the exterior of the Nissan Vanette, which by the way did not change much to the last generation in 2011, you will see this is a narrow, but compact van. It has good ground clearance, a curvy frame, four doors (one sliding), and steel rims.

The most common Nissan Vanette comes with a 1952cc LD20, 65 horsepower diesel engine. Different models from the four generations have different engine specifications.

The 2010 Nissan Vanette has a 1798cc gasoline engine, fuel consumption of 7 to 10km/l and a fuel tank capacity of 55 liters. It is available in 2-wheel (rear) drive train and 5-speed manual or automatic transmission. 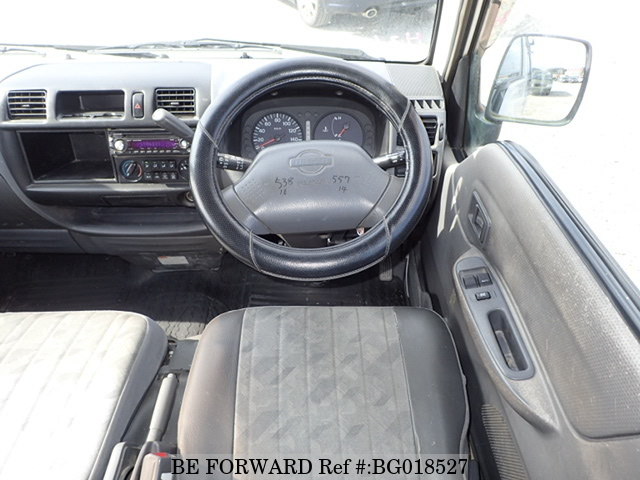 In different parts of Africa (mostly south, east, west and central Africa), the Nissan Vanette is used as a family vehicle or a public transport van.

As a public transport vehicle, the Vanette seats 2 passengers in the front row. It has three rows in the rear, each seating 3 people. As a family vehicle, it can seat one passenger in front, and can have two rows in the rear.

The Mazda Bongo is a spacious van. It can seat 8 passengers comfortably, has a lot of headroom and is quite reliable. From the information provided below, you will see the Mazda Bongo reviewed as a good alternative to the HiAce. 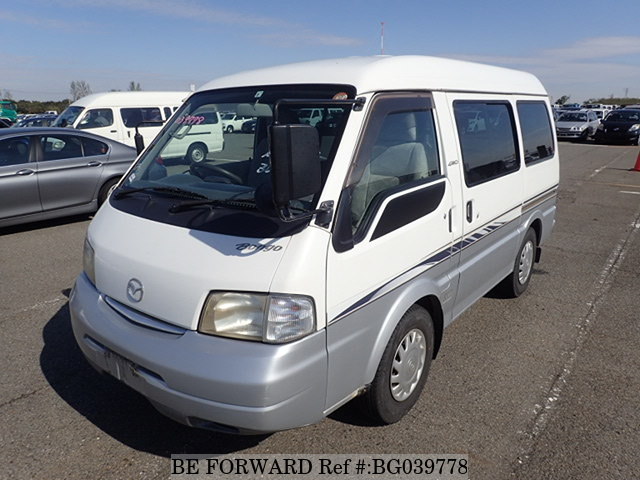 The interior of the Mazda Bongo is similar to that of the Nissan Vanette – narrow, compact and a true workhorse. While the HiAce is bigger, the blunt nose Mazda Bongo is a close alternative and costs much less.

Common features include air conditioning, adjustable driver’s seat, power windows and power steering. There are many cabin storage options too. The exterior of the Mazda Bongo is a four door minivan- two front doors, with one sliding door on the left or right side depending on country and the tailgate. It looks more stylish, has good body trim and has steel rims.

Mazda Bongo Van comes with a 2000cc, 82 horsepower engine that is mounted on the front. This engine is mated to a 2-wheel drive system (rear) and a 4-speed automatic transmission for other models.

Fuel consumption is from 10 to 13km/l and the fuel type is petrol. Fuel tank size is 48 liters. This is friendlier than the HiAce, which has a fuel consumption of 8km/l. 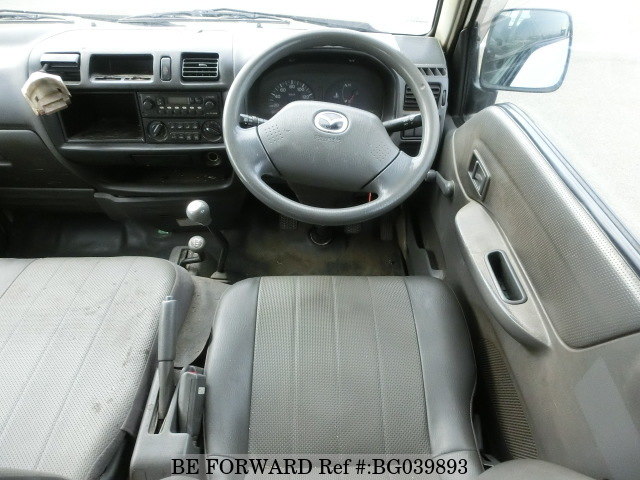 The Mazda Bongo Van is great for business, as it can be used to transport cargo or people. It can also be used for airport/hotel transfer, or converted to an 8-seater family vehicle.

The RegiusAce is based on the HiAce as one can tell from the name. This makes it a great alternative to the HiAce because it packs the same performance, reliability and durability, but at a lower average price point. 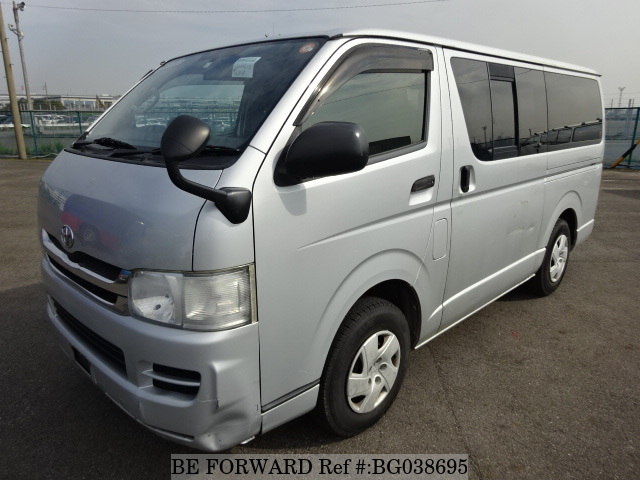 Similar to the HiAce, the interior of the Toyota RegiusAce 2008 is large. Front SRS airbags, large cabin space, adjustable/sliding driver’s seat, power mirrors and front windows are just some of the interior features.

The exterior also resembles the HiAce. One difference between them is the height, with the RegiusAce’s high roof making it the taller of the two.

HiAce and Toyota RegiusAce share one engine. This is a 133 horsepower, 1998cc – 2980cc engine that is mated to a 5-speed manual transmission. Fuel consumption is 8.1km/l to 10km/l for both vehicles. The fuel type is diesel, but petrol options are available. 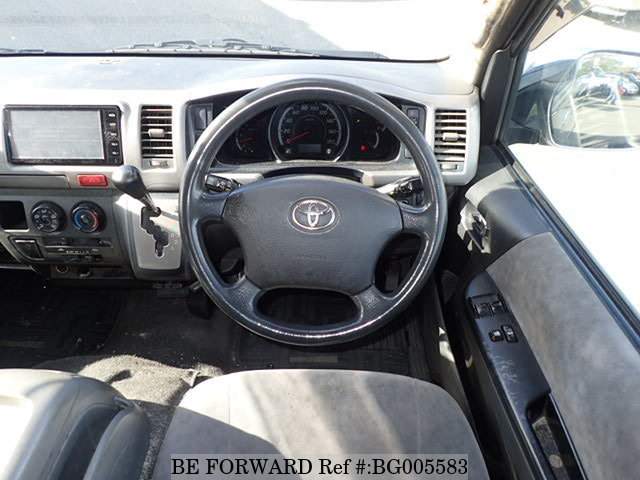 The Toyota RegiusAce is one of the most popular vans in Oceania, Asia and Africa. It is used for school transport, as an ambulance, as a tour bus and for everyday commuter transport.

The Toyota TownAce van 2007 and 2008 are much smaller than the HiAce van. They are cheaper to buy and have lower running costs. 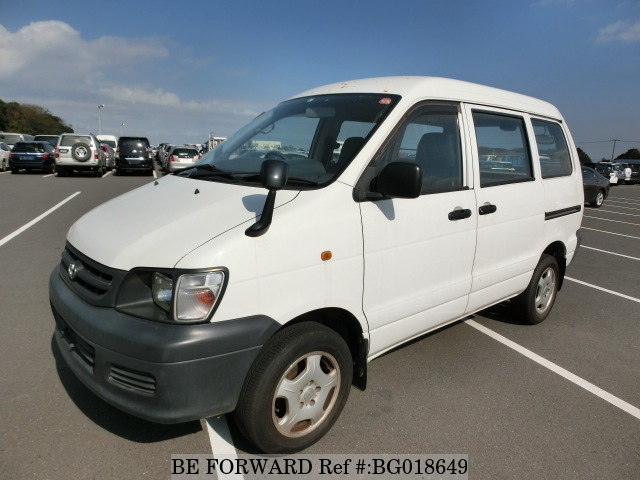 The interior of the Toyota TownAce van is smaller than that of the HiAce. Air conditioning, seating capacity of 8, big headroom and leg space and power steering are some of the many interior features.

The exterior of the Toyota TownAce Van is noticeably smaller and more compact, lacking the boxier look that comes with the HiAce. Other exterior features include high ground clearance, steel rims and one sliding door.

The Toyota TownAce comes with a DOHC 1495cc engine, 2-wheel drive system and 4-speed automatic or 5-speed manual transmission. Fuel type is petrol and consumption has been rated at 11km/l. Fuel tank capacity is 50 liters. 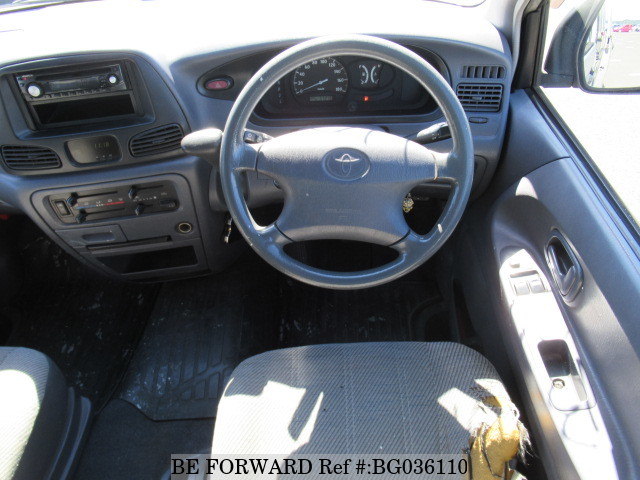 The Toyota TownAce van is used as a family car in Nairobi, Kampala and Dar es Salaam. It can also be used as a taxi. It performs best on paved road.

Isuzu Como 2008 is an Isuzu by badge engineering. In regards to framework, however, it is the Nissan Caravan 2008. 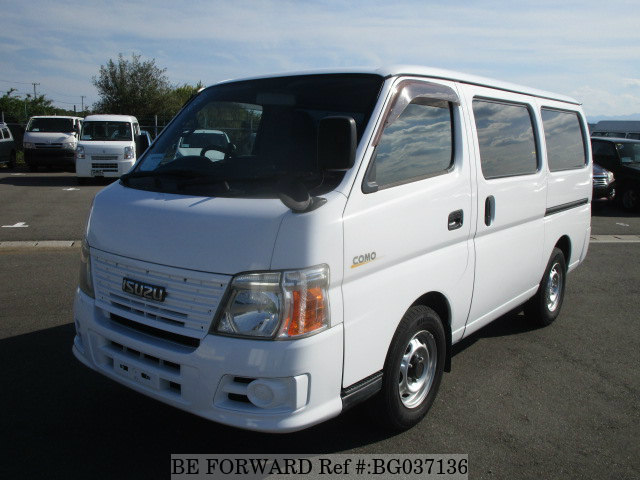 The interior of the Isuzu Como 2008 is spacious, with a lot of legroom and headroom for all passengers. SRS air bags, stylish instrument cluster and power front windows, power steering and electric mirrors. Air conditioning and well-padded interior make it comfortable.

Isuzu Como features a ZD30 engine with 2950cc displacement, equal to that of the HiAce. 5-speed automatic transmission and 2WD. Fuel type is diesel. Fuel consumption is 8.1km/l (similar to HiAce) and fuel tank size is 65 liters. 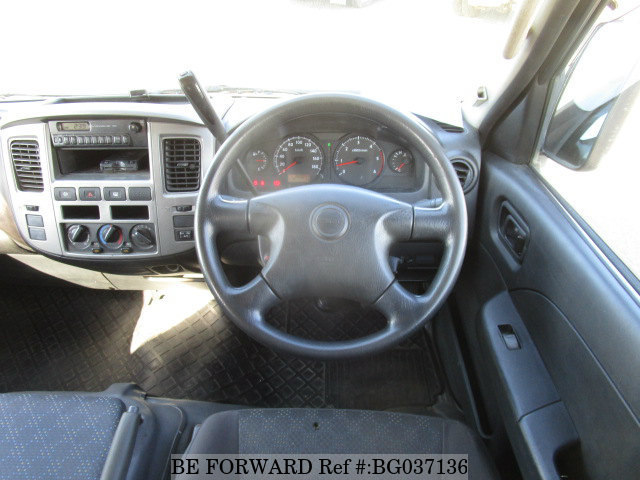 Isuzu Como is a good option for commercial use. It is a spacious commuter van. It is used by tour operators and for passenger transport between towns in Africa.

Having been in production since 1970, without doubt the Toyota LiteAce Van is one of the most sophisticated, reliable and durable vans used for passenger and cargo transport. 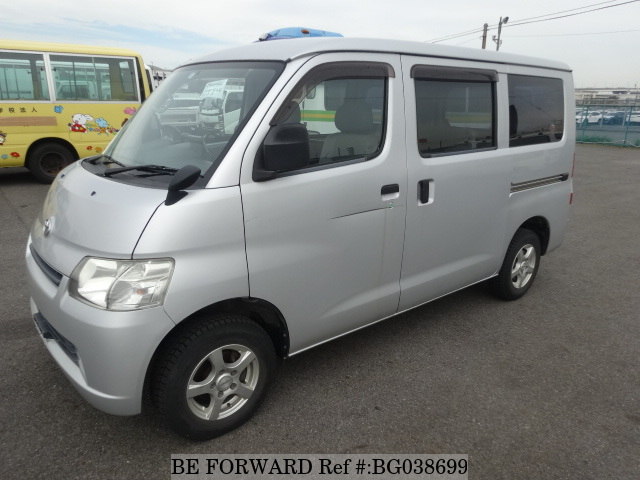 Although much narrower than the Toyota HiAce, the Toyota LiteAce Van is spacious on the inside. It has power steering, air conditioning and the driver has a high position, thus getting better visibility.

The Toyota LiteAce Van has a 1486cc OHV engine. The fuel type is petrol and the consumption rating is 11km/h. The fuel tank capacity is 50 liters. AWD drive train gives it reliable handling. It comes in either 4-speed automatic transmission or 5-speed manual. 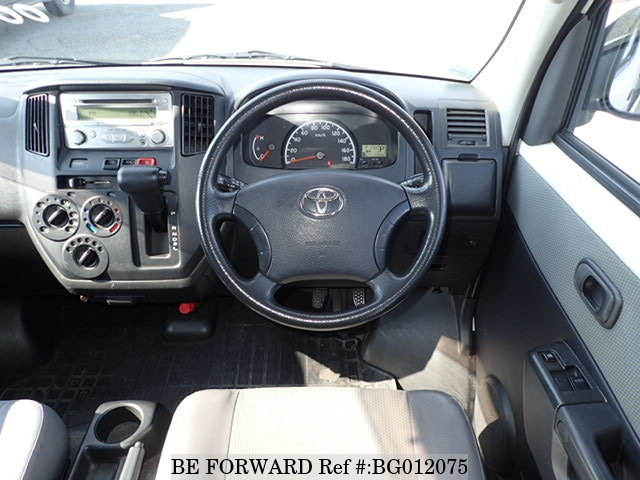 The Toyota LiteAce Van 1999 model going forward is built for the constant long distance traveler. The high ground clearance and well-built body makes it a good performer over all types of roads in the African continent.

The Toyota RegiusAce van, the Isuzu Como and the Nissan Caravan are without doubt the best Toyota Hiace alternatives because they come in the same, or almost the same size in terms of engine capacity, body build and interior space.

Toyota TownAce Van, Mazda Bongo, Toyota LiteAce Van and Nissan Vanette are the second best alternatives. They have smaller interior space and are therefore cheaper. What you buy for use in Africa will be determined by your needs and budget. All of the vans reviewed here are great Toyota HiAce alternatives.