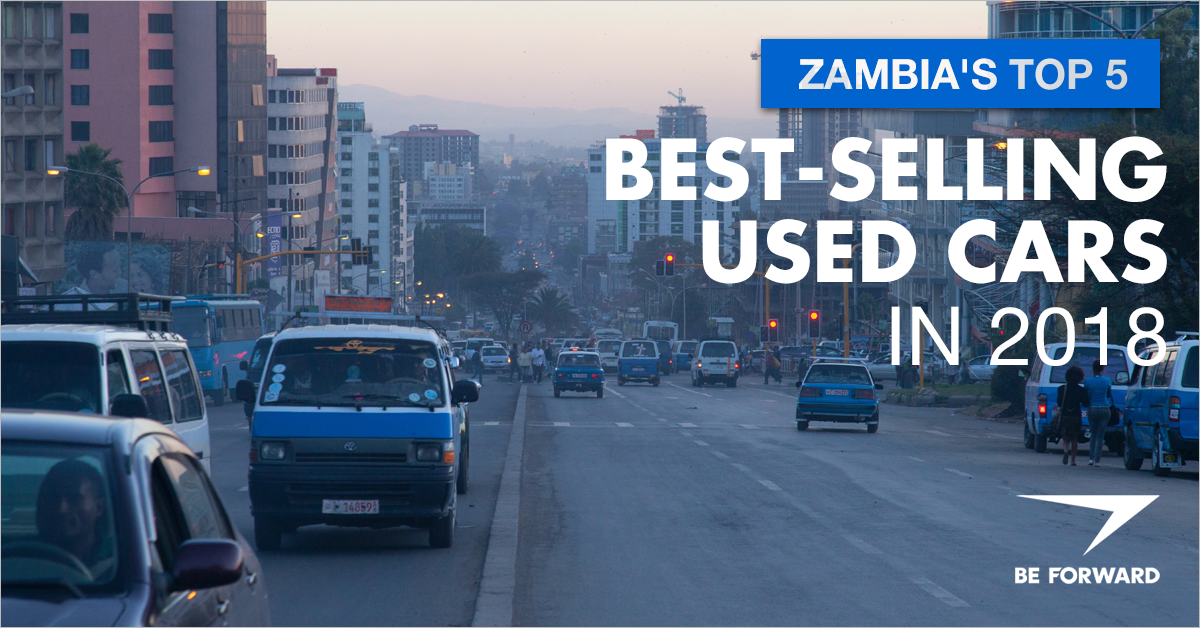 By 2008, the number of people owning motor vehicles in Zambia was about 21 in every 1000 people. Ten years later, in 2018, this number has more than tripled. Among the most bought second-hand vehicles in Zambia, Japanese brands rule the road. For example, the Toyota Allion, Toyota Hiace Van, and Toyota Vitz are very popular.

Sedans, hatchbacks, multipurpose vans and other types of vehicles are in high demand in Zambia.

Toyota Allion was launched to replace the Toyota Carina, whose production ended in 2001. It is a solid, compact family car, perfect for the rugged terrain and tropical climatic conditions of Africa.

It is now in its second generation (2007 to present), and compares side by side with its twin the Toyota Premio. 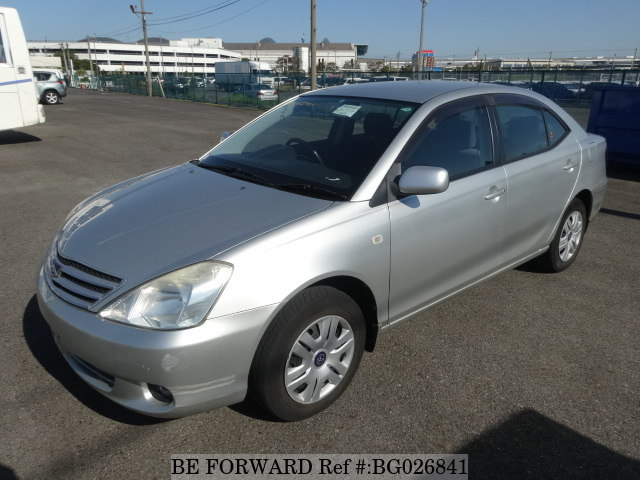 One of the most noticeable things about the interior of the Toyota Allion is space. There is a lot of headroom and legroom.

Upholstery is mostly cloth, but leather is an option with a few units too. Air conditioning, AM/FM radio, navigation (optional) and an elegant gear lever enhance the looks of the car. 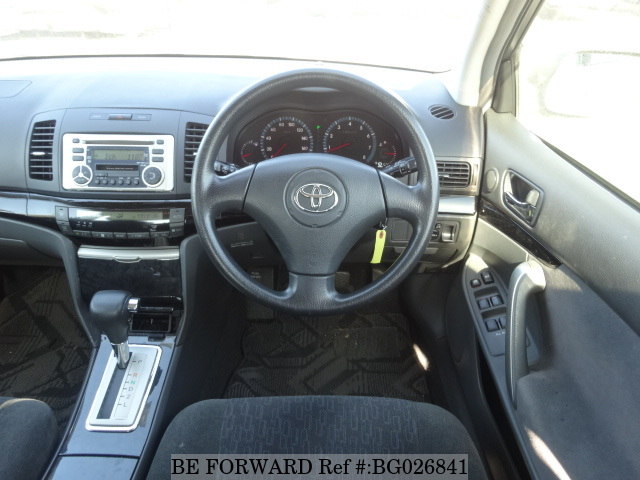 Boot space of the Toyota Allion is 450 litres. You can increase this volume by folding the rear seats.

On the exterior, this sedan looks like its twin the Premio. It mostly comes in steel rims with plastic covers, five doors, and for the latest models like Toyota Allion 2009 and newer, more stylish looking headlights and backlights.

The Toyota Hiace Van has become the commercial transportation vehicle of choice in the whole of Africa. Now in the fourth generation, this van has changed how people do business in Lusaka and elsewhere.

This van can be configured in different ways to serve different purposes like passenger transport, cargo transport as well as a utility van for water, power and maintenance companies. 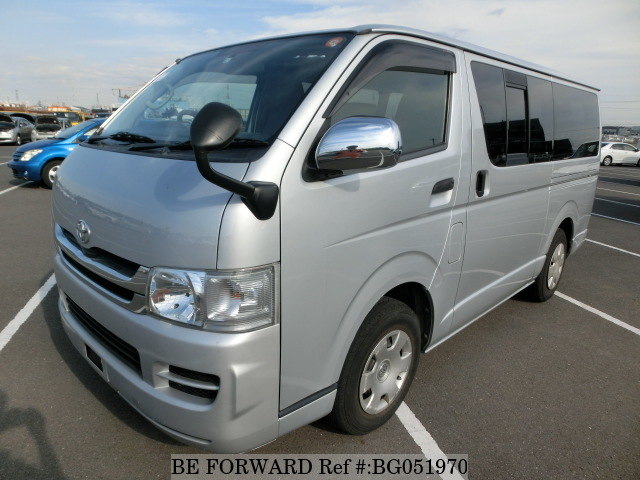 This spacious van has been setting the trends for other vans. Interior features include lots of head and leg space, power steering, electric front windows, cabin storage, AM/FM radio and many more. If it is a passenger van, it can seat 8 passengers.

The Toyota HiAce Van has four doors – a tailgate at the back, and a sliding (manual) door on one side, and of course the two cabin doors. 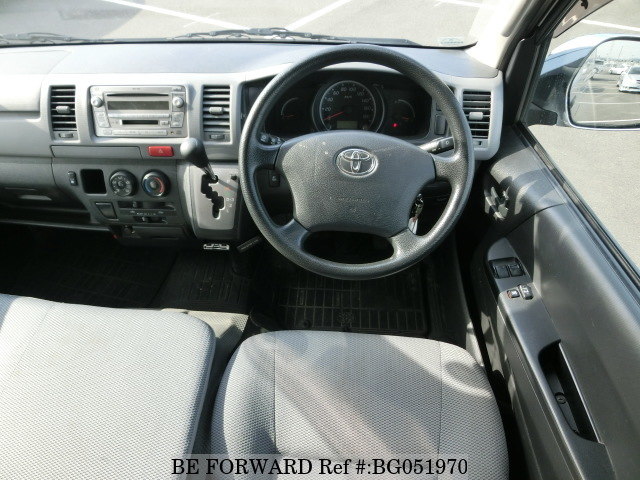 This van uses 17-inch tires and steel rims. The earlier models came with a protruding stubby nose but later designs like the Toyota HiAce 2007 are configured in such a way that cab is over the engine.

The Toyota HiAce Van comes with different engines depending on the model. There is the 2500cc d-4d engine (diesel), with 5-speed manual transmission system, the 2500cc D-4D Diesel intercooler and the 3000cc intercooler diesel engine. Both engines can give an average fuel consumption of 11km/l.

Toyota HiAce Van can be used for commercial purposes, transporting cargo from one place to another. If configured for commuter use, it can be used for airport and hotel transfers, tourism, school van and others.

Toyota Vitz is, without a doubt, one of the most popular hatchbacks in Zambia. It is in the 3rd generation now and it keeps getting better. 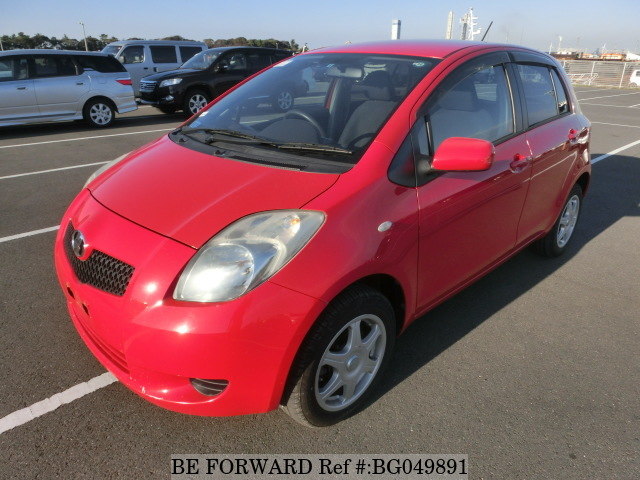 Toyota Vitz interior is simple, with plastic in its features but at the same time, it is very beautiful. It is a spacious car, especially the newer models like the Toyota Vitz 2009.

Cabin storage features are in the form of cup holders and glove compartment. It is a 5-seater, with headrests for the second row seats. The Vitz is as spacious as an ordinary sedan. 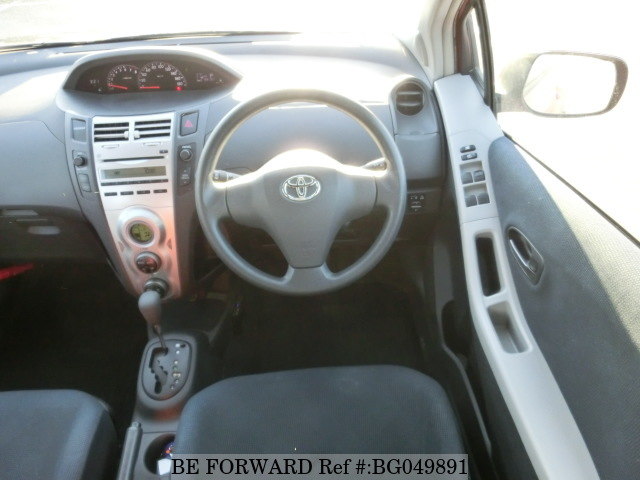 The exterior of the Toyota Vitz 2012 shows a compact design, pleasing to the eye, with good body trims. It comes in plastic-covered steel rims, but you can also get alloy rims. You may find Toyota Vitz 2005 in three-door version, but it mostly comes in 5 doors.

The Toyota Vitz comes in different engines with the most popular ones being the 1000cc 1SZ-FE I4, 1300cc 2SZ-FE I4, 1500cc 1NZ-FE I4 and 1500cc 1NZ-FE I4-T. These are petrol engines, but there is a 1400cc 1ND-TV I4-T diesel engine. This is not very popular in Africa. These engines are coupled to an automatic transmission (4-speed) and a 2-wheel drive train, but some latest models also come in 4WD.

This compact hatchback is best for small families, young professional ladies and anyone who fancies driving one of the cheapest cars to run. 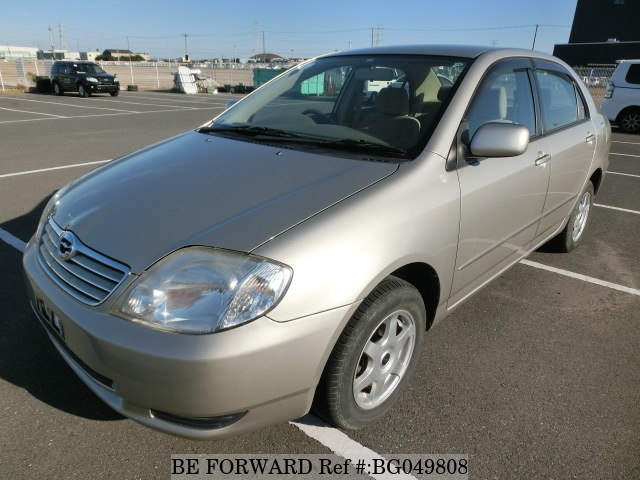 The 2006 Toyota Corolla Sedan, definitely newer than the 1998 and 2000 models, comes in a more spacious interior. Electric windows and mirrors, air conditioning and power steering, two front airbags and optional side airbags are some of the most common interior features.

This car seats 5 passengers, and has boot space of 470 litres. Power door locks are also available. 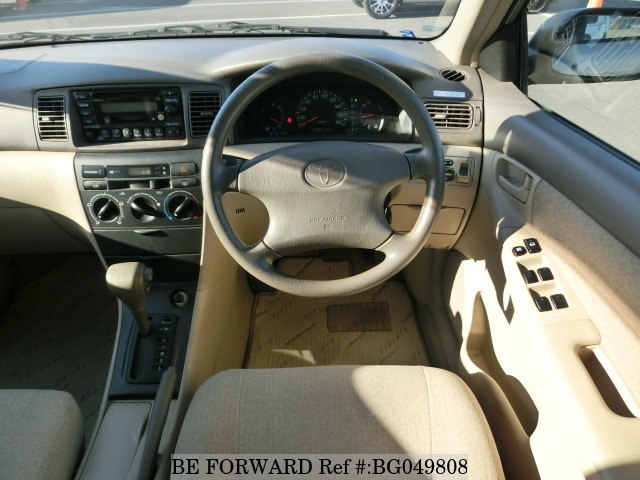 This 4-door sedan uses 15-inch tires, has good ground clearance and looks quite sturdy, something that Toyota is known for.

The Toyota Corolla Sedan uses an 1800cc, 4-cylinder engine with incredible fuel economy of 15km/l. The fuel is petrol and the fuel tank capacity is 50 litres.

The Toyota Corolla Sedan can be used as an every-day home to office and back car. It can also be used for long road trips and can be used for taxi business, airport transfers and many more. You can use the car as a commercial as well as a family car.

Toyota Alphard is now in the third generation, in production from 2015. No matter which model year you decide, you will agree that this van oozes luxury from every pore. 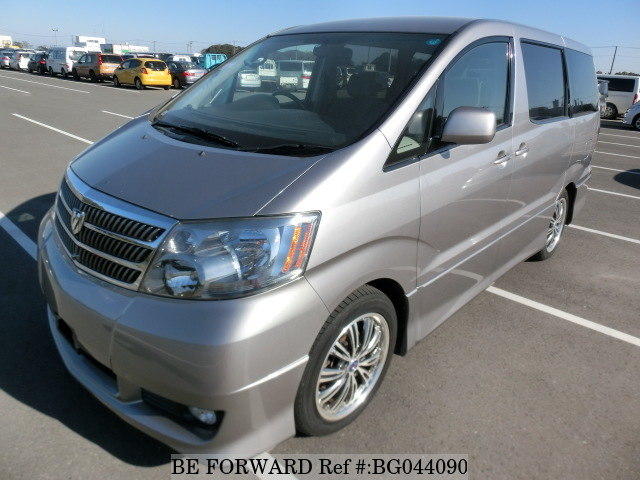 This is a luxury van and the interior spells classiness and sophistication from every feature. The seats are large and extra comfortable. The seats look almost similar to what you would find on the business class of an airplane. There is a lot of leg space, headroom and two cupholders for every seat.

Navigation, Infotainment system with AM/FM tuner, MP3, USB and DVD is also available. Reverse cameras, cruise control and other features are optional in earlier models like the Toyota Alphard 2003.

The driver’s seat is adjustable in various ways. Since this is a high van, the driver has a vantage point for the best road view. Other notable features include airbags, electric mirrors and windows, telescopic steering wheel column and many more. 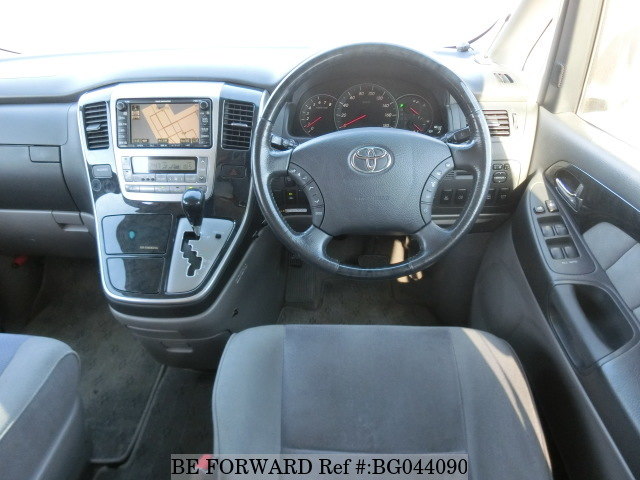 This van seats 6 to 8 passengers. There are 3-point safety belts. Each seat can be adjusted in various ways including height.

The predatory chrome grill is hard to miss and indeed impressive. The size of the van is also impressive. The Alphard boasts alloy rims, electric sliding doors on both sides, rear tailgate and even some boot space to spare. High ground clearance gives this van the look for a bus. Fog lights and sunroofs (usually two) are optional.

The Toyota Alphard comes with different types of engines. One is the 2.4-liter, 4-cylinder dual VVTi engine and the other is the 3.5-liter dual VVTi engine. There is another engine – 3-liter V6 1MZ-FE engine. All of these are petrol engines and they are mated to automatic transmission and 2-wheel or 4-wheel drive train.

The Alphard is best for airport and hotel transfers for company associates and high-ranking people. You can also use the Toyota Alphard as a family vehicle if you love to travel from one town to another in style.

Whichever vehicle you choose among these five, it will serve you very well, with low running costs. Whether you live in Lusaka, Chipata, Kitwe or any other town or village in Zambia, buying a good car is not a luxury, it is a necessity.