Skip to content
TOP  >  Car Life  >  Synthetic Oil vs. Conventional Oil: Which is Better for Your Car? 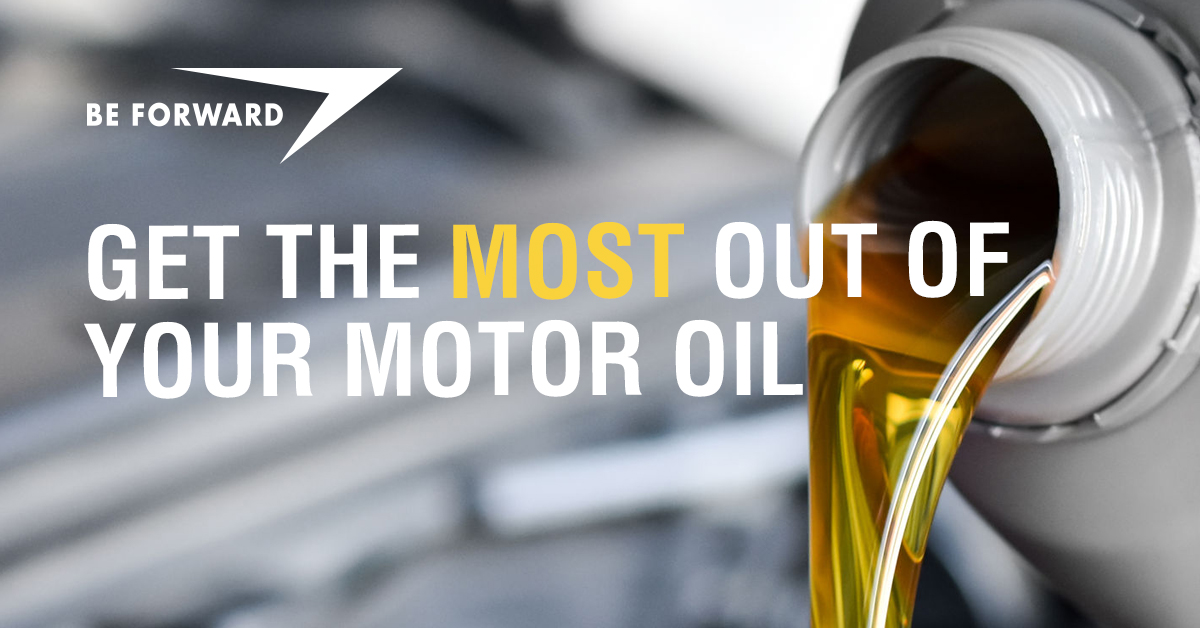 When it comes to car maintenance, perhaps the most frequent thing we need to do is wash the car and change motor oil. Of course, less often, we also need to change the engine air filter, engine coolant, transmission fluid, brake pads, brake fluid, and tires, to name a few. Most older vehicles, as the age-old rule-of-thumb suggests, had their oil change every 3,000 miles or three months, whichever came first. Modern vehicles may stipulate, depending on usage, up to 10,000 miles between oil changes, thanks to modern engine manufacturing processes, as well as modern lubricant technology. The question is, is your motor oil doing all it should, or all it could? Are you ready for a different kind of oil change?

How is Motor Oil Made?

When you say “oil,” most people rightly think of the stuff that comes from the ground, petroleum deposits, essentially broken-down prehistoric algae, zooplankton, and dinosaurs. After crude petroleum is extracted from the ground, usually via drilling, it is refined for various uses. The refining process yields hundreds of different usable products, perhaps thousands after further processing, a few of which find their way into automobiles.

Lighter fractions of the distillation process, such as gasoline and diesel fuel, are used to run the engine. Heavier fractions, such as motor oil, lubricates the engine, and grease, lubricates wheel bearings. Motor oil derived from crude petroleum, having been around for over a century, is referred to as “conventional motor oil.” 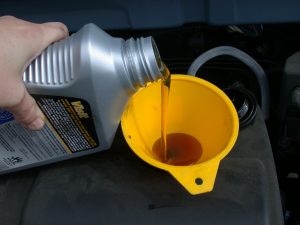 On the other hand, synthetic motor oil does not come from the ground, but from a chemical processing plant. Instead of being refined from the remains of ancient animal and plant life, synthetic oil is made in a laboratory. Synthetic oil is made via the Fischer-Tropsch Process, which was developed in World War II (WWII) Germany, when the Allied Forces cut off their petroleum supplies.

Conventional vs. Synthetic Oil: The Differences

The next time you go in for an oil change, your technician might ask “conventional or synthetic oil?”, at which point you may wonder that aside from the difference in how conventional motor oil and synthetic oil are made, what difference does this make in my engine?

Conventional motor oil, because it is refined and filtered from natural hydrocarbons found in the ground, naturally contains impurities, such as sulphur and paraffin wax, which contribute nothing to motor oil’s natural lubricant qualities. These impurities make motor oil more susceptible to oxidation (burning) and can leave deposits in the engine, reducing engine performance and possibly leading to engine failure if not strictly following manufacturer oil change interval recommendations. 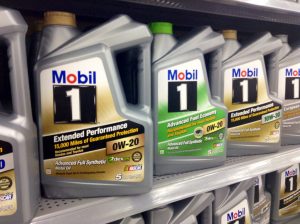 Additionally, the actual hydrocarbon chains in conventional motor oil are not uniform, which makes it unstable at high temperatures, again leading to oxidation or even lubricant failure, both of which can lead to engine failure.

Synthetic oil, because it is synthesised from various chemical compounds, contains no impurities. Thus, it is far less susceptible to oxidation and does not leave any deposits in the engine. Additionally, because synthetic oil is laboratory-synthesised, the hydrocarbon chains are almost perfectly uniform. At temperature extremes, synthetic oil maintains its lubricant properties.

Why is Synthetic Oil Best?

As for cost, why pay two to four times more for synthetic oil at your next oil change, instead of sticking with conventional motor oil? Actually, here are a number of reasons:

As mentioned, synthetic oil actually had its start nearly half-a-century ago, but it has taken a long time to break into the automotive market. Developed in the 1930s, synthetic oil made its debut in the automotive market during the 1970s. Finally, in the last decade or so, major automakers are recognizing the benefits of advanced synthetic oil technology, making for more powerful, more efficient, and more durable engines. The latest Toyota engines, for example, are shipped with 0W-20 synthetic oil, with recommended oil changes at 10,000 miles or six months, and are expected to exceed 300,000 miles lifespan. 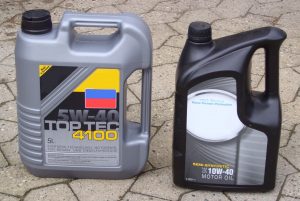 We figure it would be good to cover a couple of myths that people have concerning synthetic oil, as well:

The next time you are getting ready for your oil change, whether you do it yourself or have it done at your local trusted automobile repair shop, consider making a different kind of oil change: choose synthetic oil to get the most out of your vehicle.