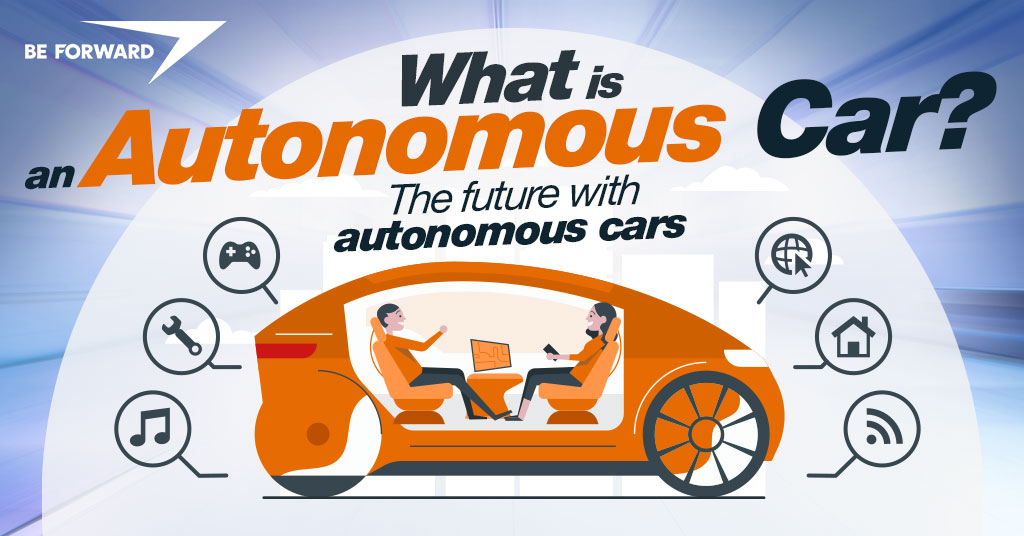 What is an Autonomous Car?

An autonomous car is a driverless car that can operate and sense its environment without the assistance of a driver or human intervention. It can fully function using the combination of artificial intelligence (AI), cameras, sensors, and radars to respond to any conditions like a driver would manage or without any human input. The autonomous car controls a high-performance system and can make an intelligent decision by using various data that the system and sensors detected. With the use of the highly innovative system and powerful software, the autonomous car can fully function with great performance on the road and safety for the passengers.

How do they work?

Autonomous cars have an incredible and powerful sophisticated system that maintains a map of their surroundings including high-performance computers, several advanced driver assistance systems, radar sensors, and lidar. With the help of these sensors, it monitors the safety and consistency of the car. The video cameras can read and detect any traffic or road signs, the lidar sensors (light detection and ranging) emit pulses of light off into the surrounding cars to detect any road edges, measure distances, and identify lane markings and the radar sensors monitor the location of any nearby vehicles. These systems will deliver vast amounts of information and sensory inputs into the powerful software and send instructions to the car’s actuators that control braking, acceleration, and steering. The driverless car will be an information highway with all the data and input run in different directions. The hard-coded rules, object recognition, and obstacle avoidance algorithms will help the software navigate any obstacles and follow all rules and guidelines on the road to ensure the car’s safe operations.

The Benefits of Autonomous Cars

An autonomous car gives a lot of benefits that can make our quality of life easier and more convenient. Throughout the decades since we started using cars, the number of car crashes is increasingly getting high but with the help of an autonomous car, they can help reduce car crashes on the road. It has a lot of potential to help reduce the risk of a fatal accident that can lead to death because of various reasons such as distracted drivers, speeding, drunk or drugged drivers. The driverless car can also help reduce the stop-and-go traffic that creates traffic congestion on the road. It maintains a safe distance between the vehicles and controls the flow of the cars. With the decrease of traffic congestion, also the drop in using fuel and carbon emissions. Other advantages of driverless cars are the independence they can give to people, like the elderly or physically disabled who can’t drive or are unable to drive. Their physical limitations won’t be a problem anymore whenever they want to go outside or on a trip. There are a lot of benefits in using autonomous cars, and though it is not yet in completion, the possibility it offers can improve not just the quality of our daily lives but the environment we live in.

The Future with Autonomous Cars

We are now in a time where new inventions are offering much more possibilities than we can think of. Since the 1920s, a lot of research has been done to study the pros and cons of an autonomous car, and they all offer a good response to the vehicle. It is not yet in completion but it is already a part of our present and future for it is indeed a life-changing invention that gives various benefits that can help people and the environment. The driverless car is more consistent, safe, and reasonable when it comes to the road. Maybe, it can also help reduce the number of people with an angry attitude when it comes to driving a car. The traffic congestion will be lessened as well as the gas consumption and carbon emission, which is great news for the environmentally-friendly people and our Mother Earth. Additionally, an autonomous car will be a great help for our physically challenged people and the elderly who have difficulty getting around. Until now, the race for the autonomous car is still ongoing, and yet we already see the several advantages that this car offers. And maybe more will come as they continue to improve and work on it.