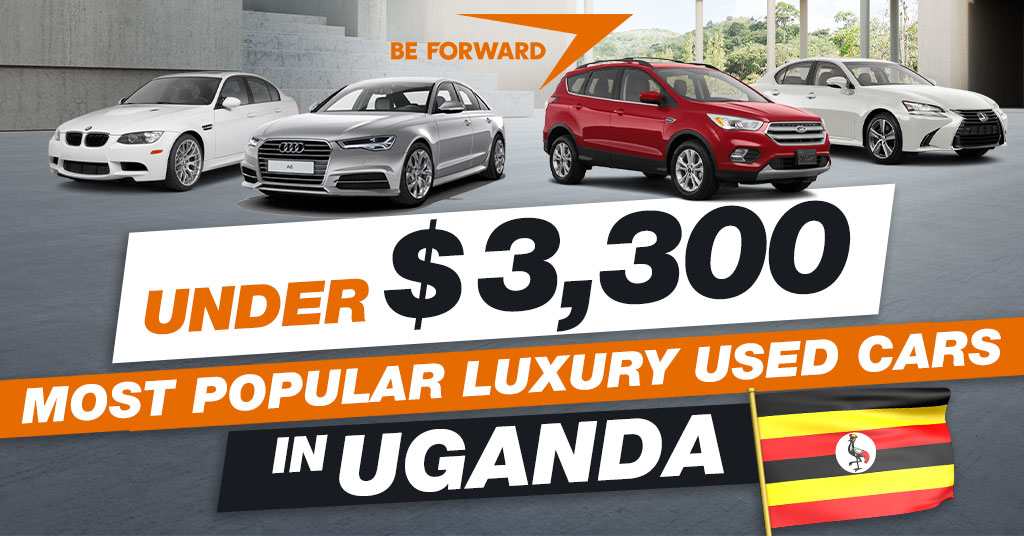 Uganda is one of the countries where used cars are widely known and it’s no wonder that luxury cars are one of the most popular because of their impressive reliability, innovative features, high-class quality, performance, and great fuel economy.

Now, let us take a look at the Most Popular Luxury Used Cars in Uganda Under $3,300.

The Audi A6 sedan is a four-door executive car that was first marketed in 1994 and is now in its fifth generation. The A6 is available in a longitudinal front-engine, front-wheel-drive, or four-wheel-drive (Quattro) system and is also equipped with standard features which include driver and passenger airbags, keyless entry, power windows, automatic climate control, parking sensors, cruise control, start-stop engine, adjustable steering, traction control, vehicle stability control, brake assist, and audio system with satellite navigation. The Audi A6 is equipped with a 2.0L TFSI petrol engine producing 180 PS (132 kW), a 2.8L FSI V6 petrol engine producing 220 PS (162 kW), and a 2.0L TDI diesel engine producing 177 PS (130 kW), attached to a Multitronic CVT or six-speed manual transmission.

The Peugeot 308 convertible is a 2-door coupé cabriolet with a retractable hardtop that was first introduced in 2009. The 308 CC is available in a front-engine, front-wheel-drive / four-wheel-drive system with some notable standard and safety features including driver and passenger airbags, air conditioning, LED headlamps, power windows, power steering, anti-lock braking system, electronic stability control, cruise control, brake assist, and seat belt with pretensioners. The Peugeot 308 CC comes with a 1.6L Prince turbo straight-4 petrol engine producing power and torque of 156 PS (115 kW) at 6000 rpm, 24.5 kgm (240 Nm) at 1400-3500 rpm with a six-speed automatic transmission.

The Peugeot 206 coupé cabriolet is a 2-door supermini car with a powered fold-away roof that was first introduced in September 2000. The Peugeot 206 CC with codename T16 is available in a front-engine, front-wheel-drive system which offers some standard and safety features for the convenience and security of the occupants. It includes airbags, air conditioning, front and rear fog lights, power windows, power steering, an anti-lock braking system, electronic stability control, and a seat belt with pretensioners. The Peugeot 206 CC comes with a 1.6L TU5JP4 straight-4 petrol engine producing power and torque of 108 PS(80 kW) at 5800 rpm, 15.0 kgm (147 Nm) at 4000 rpm mated with a four-speed automatic or five-speed manual transmission.

We are all aware that when it comes to luxury cars, they are not considered budget-friendly cars. Even so, we can’t deny the attractiveness, performance, and high quality of these cars, which make them stand out not just from the other cars but also on the road. That’s why others prefer used cars, which are always in good condition and offer the same features at a budget-friendly price. So, what are you waiting for? Check out the BE FORWARD store to start your purchase now.