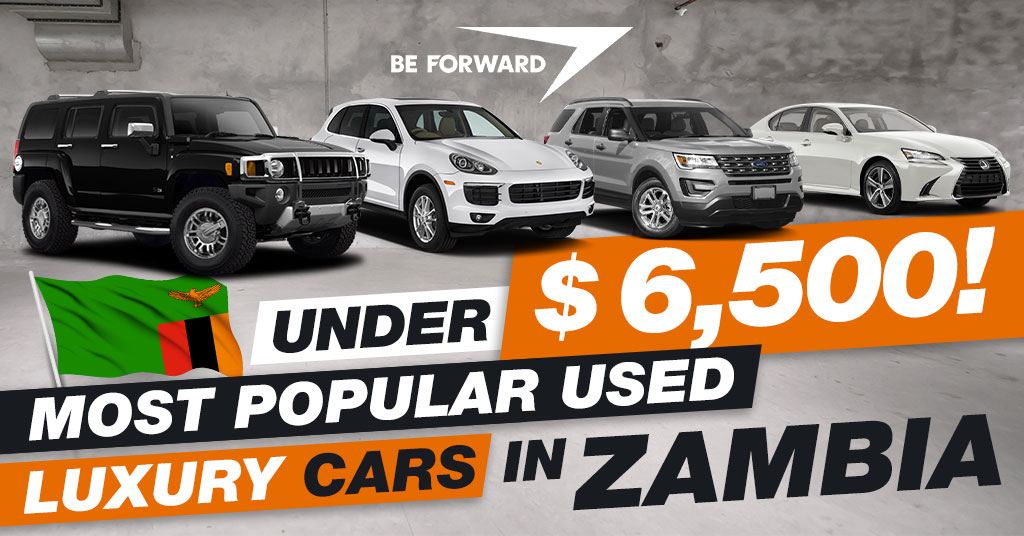 Luxury cars are not just considered as one of the most expensive brands of cars but also one of the most desirable among the buyers. These cars are made of premium materials with state-of-the-art systems and modern features to accommodate the lifestyle, comfortability, and safety of the driver and passengers.

Now, let us take a look at the Most Popular Luxury Used Cars in Zambia Under $6,500.

The Lexus RX is a 5-door crossover SUV with a front-engine, front-wheel-drive / four-wheel-drive layout that was introduced in 1998. The Lexus RX was also known as the Toyota Harrier until 2013 and is now in its fourth generation. It also includes some standard features which include 12.3-Inch Multimedia Display with a 3-D Navigation system, Mark Levinson Premium Surround Sound Audio System, ventilated leather seats, keyless entry, air conditioning, Heads-Up Display, and cruise control. The Lexus RX comes with a 2.0L 8AR-FTS turbocharged gasoline engine producing 238 PS (175 kW) with a fuel economy of 11.8 km/L and a 3.5L 2GR-FXS V6 hybrid gasoline engine attached to an electric motor and eCVT.

The Peugeot 307 was introduced in 2001 and is available in several body styles including hatchback, wagon, salon, and cabriolet. The Peugeot 307 CC is a two-door small cabriolet that was produced from 2003 until 2014 in other international markets. The Peugeot 307 is available in a front-engine, front-wheel-drive layout with some notable features which include driver and passenger airbags, an anti-lock braking system, electronic brake-force distribution, side-impact bar, brake assist, electronic stability control, air conditioning, leather-wrapped steering wheel, cruise control, and power windows. The Peugeot 307 is equipped with a 2.0L EW10 straight-4 petrol engine producing power and torque of 140 PS (103 kW) at 6000 rpm, 148 lb-ft (201 Nm) at 4000 rpm mated either with a four-speed / six-speed automatic or five-speed /six-speed manual gearbox.

The Chrysler 300C sedan is a four-door luxury car with a front-engine, all-wheel-drive / rear-wheel-drive system that was first produced in 2004 by Chrysler. The Chrysler 300C is now in its second generation and offers some notable standard features which include airbags, anti-lock braking system, multi-function steering wheel, infotainment system with Bluetooth, audio, and navigation, as well as adaptive cruise control, air conditioning, Lane Departure Warning, Lane Keep Assist, forward collision warning, and power windows. The Chrysler 300C is equipped with a 5.7L Hemi V8 engine producing power and torque of 368 PS (271 kW) at 5150 rpm, 534 Nm (394 lb-ft) at 4,250 rpm mated either with a five-speed 5G-Tronic automatic or eight-speed 8HP45 automatic transmission.

Luxury cars, whether used or brand new, offer great engine performance with outstanding fuel economy that can’t be seen in some entry-level cars. It also includes an impressive number of advanced features and safety functions for the security and convenience of the occupants. You can visit the BE FORWARD store for more affordable luxury cars and start your purchase now.