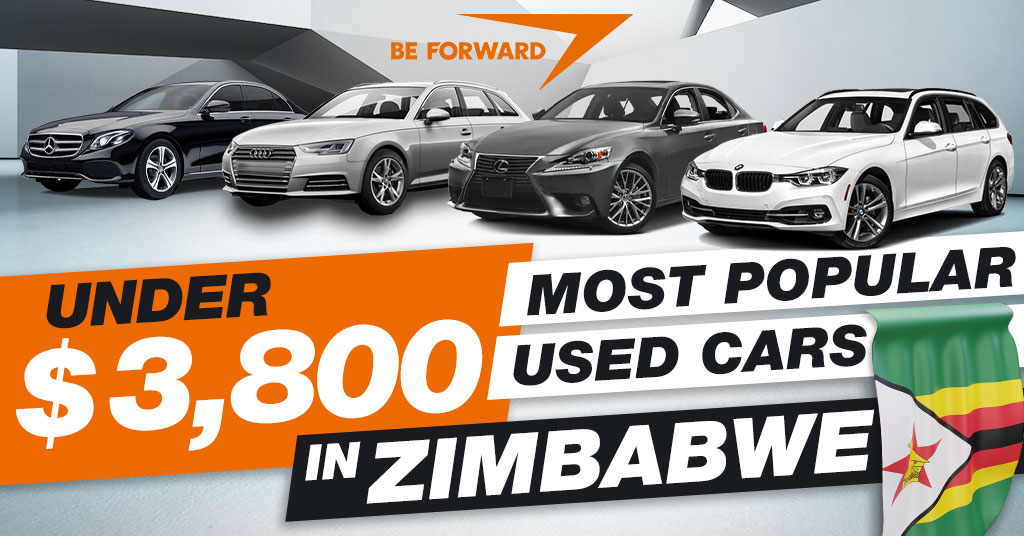 Zimbabwe is one of the countries that are importing a large number of cars whether it is the latest, used, or luxurious cars. After all, the Zambian people prefer reliable, durable, practical, and high-quality cars along with their powerful performance engine, outstanding fuel economy, innovative features, and budget-friendly price.

Now, let’s take a look at the Most Popular Luxury Used Cars in Zimbabwe Under $3,800.

The Audi A4 was first produced in 1994 with available body styles like a two-door cabriolet, a four-door sedan, and a five-door wagon which is now in its fifth generation. The Audi A4 wagon offers some of the most impressive features including adaptive cruise control, Audi Lane Assist, Audi Side Assist, MMI system, speed-sensitive power steering, automatic air conditioning, electronic stability control, and adaptive headlights. The Audi A4 wagon is equipped with a 2.0L TFSI straight-4 turbocharged petrol engine producing 180 PS (132 kW) at 4000-6000 rpm and 2.0L TFSI Quattro straight-4 turbocharged petrol engine producing 211 PS (155 kW) at 4300-6000 rpm along with a six-speed manual, six-speed Tiptronic, seven-speed S Tronic, eight-speed Multitronic, or eight-speed automatic.

The Lexus IS sedan was first marketed in 1999 by Lexus offering an all-wheel-drive / rear-wheel drivetrain and was initially known as the Toyota Altezza in Japan. The IS is now in its third generation with available standard features such as SRS airbags, pre-collision system, keyless entry, cruise control, front and rear parking sensors, power windows, power steering, an anti-lock braking system, electronic brake-force distribution, brake assist, vehicle stability control, and air conditioning. The Lexus IS is powered by a 2.5L 4GR-FSE V6 petrol engine producing 215 PS (158 kW) and a 3.5L 2GR-FSE V6 petrol engine producing 318 PS (234 kW) attached to a CVT or six-speed automatic transmission.

Luxury cars tend to be the best models out of the rest with their numerous powerful engines, advanced features, fuel efficiency, and high-reliability rating. These luxury cars offer a pleasant and comfortable driving experience throughout your journey on the road. You can visit the BE FORWARD store for more model options that are suitable for you.