Accept
TOP  >  Regional Topics  >  Africa  >  Which African Countries Have the Most Cars on the Road? 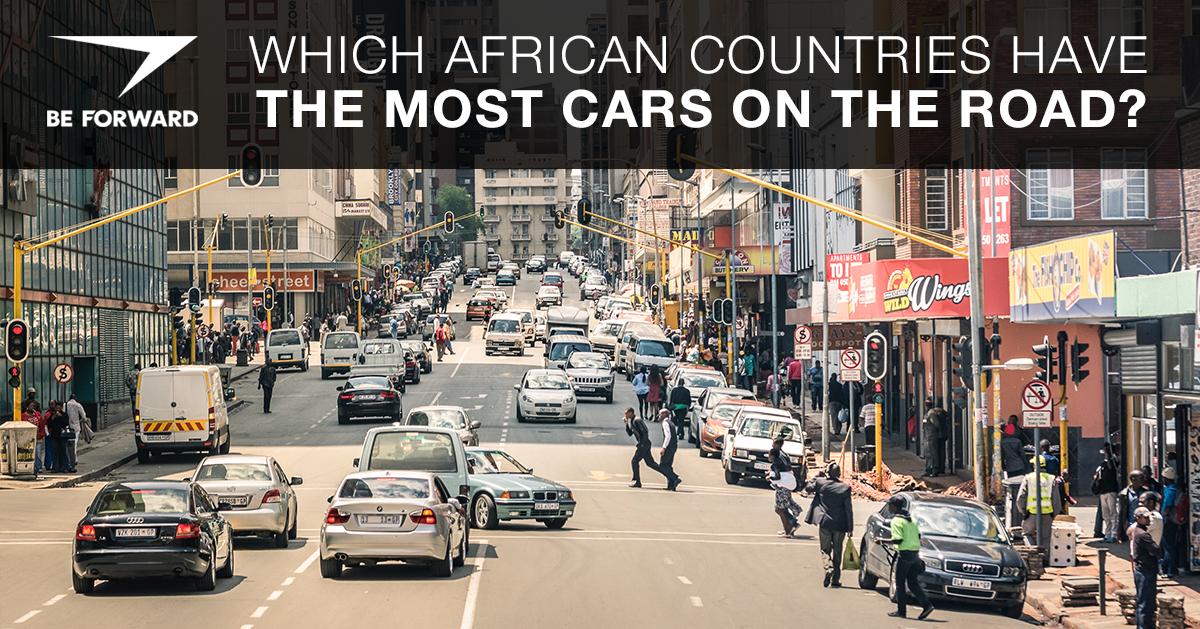 The used car import market in Africa is growing, leading to more cars on the road. Today, it is the most sought after market by car makers, and established Japanese brands like Toyota have worked hard at not falling from the top. Which countries have the most? Let’s take a look.

We can see that African roads are owned by not only Toyota, but also many other Japanese autos. With the economy fueled by the availability of minerals and other resources, here, we shall not look at who is driving what, but at the cars per capita in Africa.

Where are motorists hitting the road the most? Read below to find out.

It might come as a surprise since Liberia is one of the poorest countries in Africa, but it has one of the highest car to people ratios in the continent. For every 3.9 Liberians, there is a vehicle. Despite poor infrastructure and less than 1000km of paved roads, Liberians buy cars. It’s a rubber-powered economy.

Nigeria is the number one car buyer in Africa, with an average of 70,000 vehicles sold there annually. This can be attributed to the growth of the art and entertainment industry there, possibly the best in Africa. Nigeria has an oil-powered economy too, therefore having more money in circulation.

However, poor and badly maintained infrastructure has so far prevented Nigeria from fully exploiting her vehicle buying capacity. This country has the largest population in Africa and as such, there is one vehicle for every 12 citizens in Nigeria.

South Africa has the highest cars per capita in Africa. One in every five people in South Africa owns a vehicle. In 2012 alone, more than 250,000 units were sold there. Here you will find the largest vehicle market on the African continent.

Egypt, despite the political turmoil that has been experienced there lately, has maintained its lead as the number one car buyer in North Africa. In 2012, sales topped more than 100,000 vehicles. There is a very high population and thus there is a vehicle for every 14 Egyptians.

Morocco comes in a distant second to Egypt in North Africa, with a car for every 11 Moroccans. It is a major assembly hub for cars in Africa. To date, there are close to 2.8 million registered cars in the country and every year, more than 110,000 vehicles are imported.

Tunisia is third in North Africa, with a car for every seven Tunisians, owing to a relatively lower population. Annually, more than 100,000 vehicles are imported into the country. It is one of the leading car parts manufacturers on the continent.

Ghana’s middle class have started buying new cars. Today, there is a vehicle for every 22 Ghanaians. A boom was noticed in 2011 due to the discovery of minerals. The stable political climate also encourages investors who pump money into the economy.

Kenya in East Africa is gradually becoming a very lucrative market for vehicles. Currently, the statistics indicate that there is a vehicle for every 30 Kenyans. With a bursting population of 40 million plus, more than 10,000 vehicles are sold in Kenya annually. So what are Kenya’s top 5 best-selling used cars? Click here to find out what drivers buy from BE FOWARD.

In Tanzania, it is hard to put a stable number on the figures of the sales, owing to the fluctuating currency. However, there is a vehicle for every 47 people, quite a low vehicle to people ratio. Toyota is the most-wanted automaker in Tanzania, and you can find out which used models sell best in the country buy reading about the top 5 sellers here.

Mauritania has a vehicle for every nine people. However, the population is about 3.5 million people. A low number of vehicles are imported into the country every year.

The table below gives more information about the number of cars in a select number of populous African countries:

Which Cars Are Best for African Roads?

With many unpaved roads and rough terrains in the African landscape, it’s important to invest in a vehicle that can meet the demands of the challenging conditions. Are you looking to buy a used car to import to your country in Africa? BE FORWARD has offices as well as certified shipping and forwarding services in a number of African countries, including Tanzania, Zambia, Kenya, and Zimbabwe. To help you get a better idea of which cars work best for the roads in various Africa, check out the following links below: