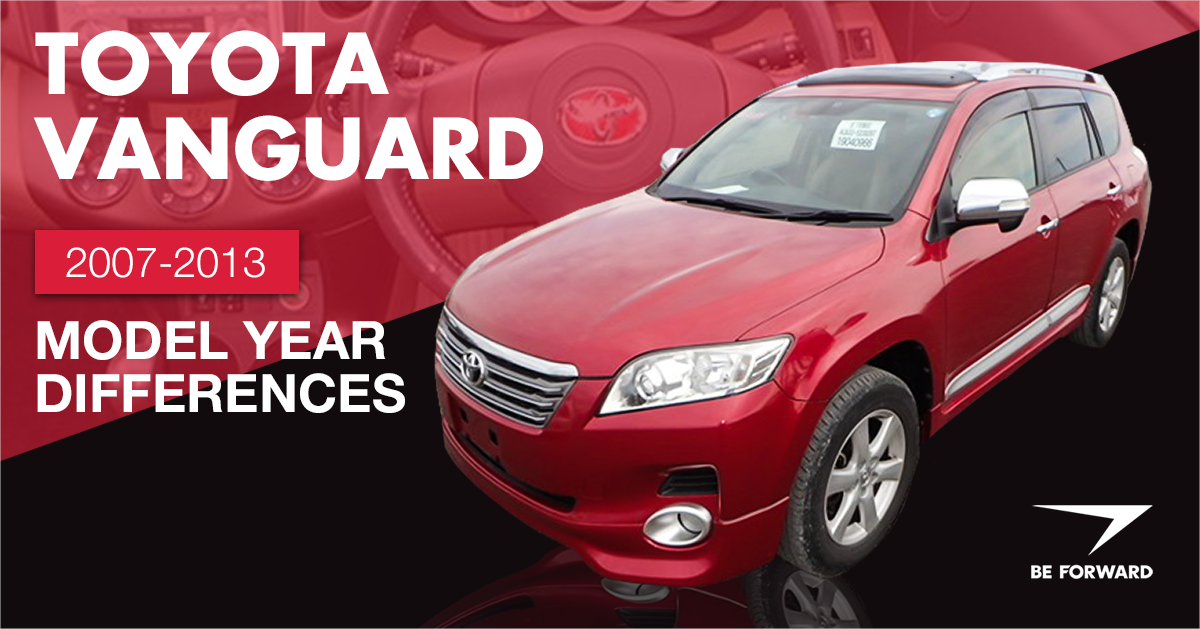 As the long wheelbase version of the wildly popular RAV4, the Toyota Vanguard one of the best available crossover SUVs, maintaining the great features and dependability of its nearly-identical twin. So how much has it changed throughout the years? Let’s examine the Vanguard’s changes throughout the years in this review.

The sleek yet strong 2007 Toyota Vanguard offers a great deal of performance, delivering highly-rated value that car buyers have come to expect from one of the most popular automakers in the industry. Along with 2.4L and 3.5L engine options, the ’07 Vanguard offers an impressive fuel consumption rate of between 9.6km/L to 12.6km/L. 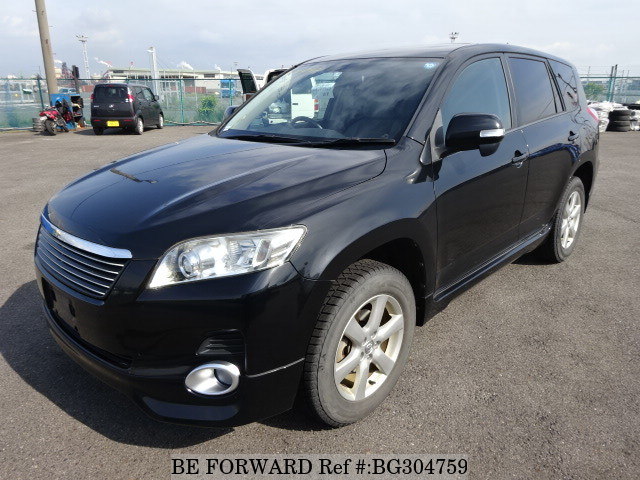 Exterior features for the 2007 Vanguard include 18-inch aluminum wheels as well as a body-color fender. Interior features, depending on the variation you choose, might include powered and heated seats with a suede-like Alcantara fabric. Safety features include EBD, brake assist and standard ABS.

The 2008 Toyota Vanguard received a major upgrade in fuel efficiency, elevating its already attractive profile. Other improvements for petrol versions of the 2008 Vanguard include a stronger engine and a gearbox that offers better performance. 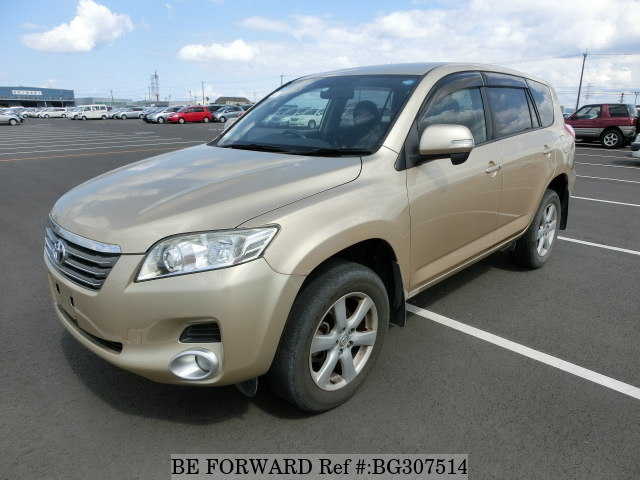 The spacious and stylish 2009 Toyota Vanguard comes in with an impressive amount of leg and cargo room, giving you the space you need for passengers and equipment during those sporty outing drives. This 5-door, 5-seater is offered at BE FORWARD in a 2.4L engine displacement with automatic transmission. 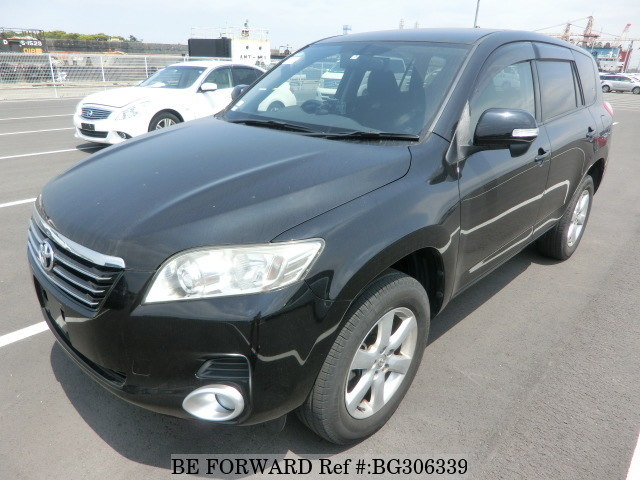 Looking for features? The 2009 Vanguard is packed full of them. For the exterior, the ’09 Vanguard sports alloy wheels, a rear spoiler, along with power windows. As for the inside of this amazing SUV comes equipped with a CD player, center TV display, DVD playback capability and power steering. Safety features include airbags, as well as anti-lock brakes.

Some models offered by BE FORWARD may include a jack and wheel spanner for changing your tire.

A spacious and capable 5-door SUV, the Toyota Vanguard’s 2010 variations tend to offer a 60L engine with a fuel economy of around 9.6km/L to 13.2km/L. It comes with four- or all-wheel drive drivetrain to have you covered on- or off-road and an automatic or manual transmission. It has a big presence inside and out, with striking lines and 5- and 7-seater variations. 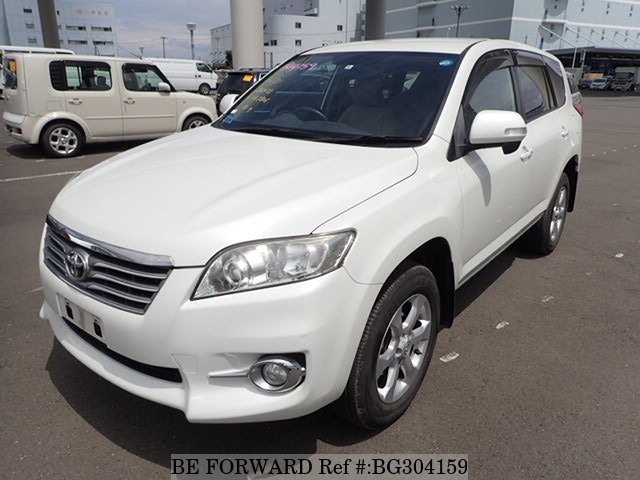 As a direct competitor to popular SUVs like the Mitsubishi Outlander, Subaru Forester and Nissan X-Trail, the 2011 Toyota Vanguard brings some heat of its own, with great features and performance that put it in the mix among the best SUVs in its class. The 2011 version comes in a 2.4L and 3.5L engine, and can seat between 5 or 7 passengers depending on the variation you choose. 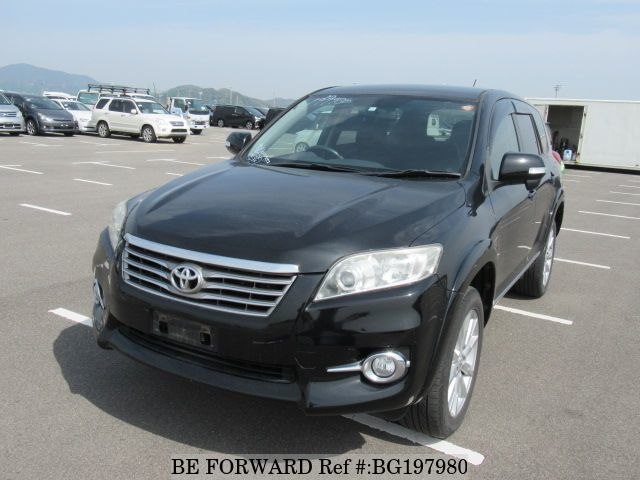 What an SUV that keeps the family safe? The 2011 Vanguard comes equipped with a plethora of safety features that include SRS airbags, an anti-lock braking system, traction control, as well as electronic braking distribution–all designed to give you better handling and security while driving.

Furthermore, the 2011 Toyota Vanguard has a fuel tank capacity of 60L with an incredible fuel consumption rate ranging between 9.1km/L and 12.6km/L.

The classy, upmarket 2012 Toyota Vanguard tends to offer a 60L petrol engine with a fuel economy of around 12.7km/L, 2- or 4-wheel-drive drivetrain, and automatic transmission. 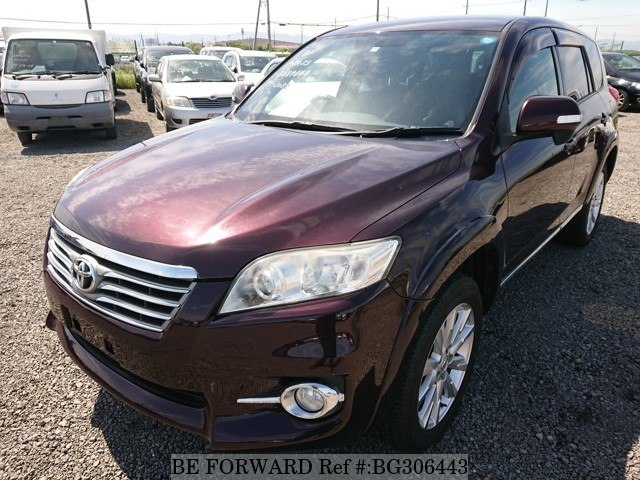 Along with its elegant chrome trim design, exterior features include bright and stylish headlights that increase visibility during night-time driving and a bold, enlarged frontal grille that gives off an air of prestige. Highlights of its interior include Active Torque Control, which monitors torque between the front and rear wheels to enhance driving stability across a number of conditions, and high-quality Alcantara fabric used for the seats and center console.

The 2013 Toyota Vanguard comes through with a strong presence, giving off an overpowering aesthetic, while being equally tough under the hood. The 2013 version of this SUV brings sophistication, sleekness and style to its class, filling a need for performance and value. These traits make the 2013 Vanguard a solid option when matched against its competitors like the X-Trail from Nissan or Outlander from Mitsubishi. 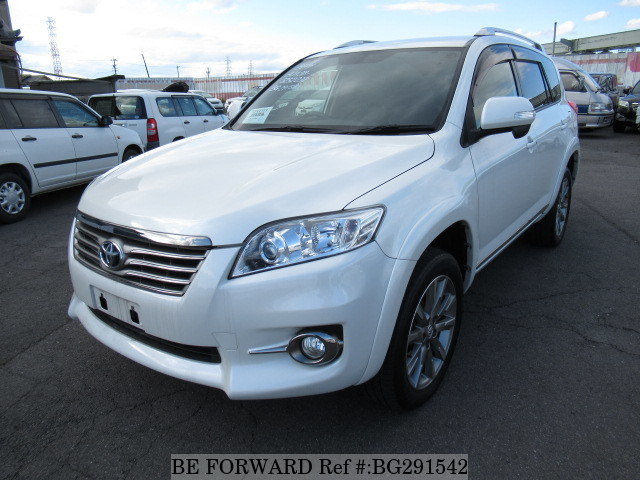 In terms of attractive features, there is no shortage with the 2013 Vanguard. For the exterior, the Vanguard offers a sturdy, attractive design, made to turn heads as it cruises down the road. Alloy wheels and a rear spoiler add to the pleasing aesthetic.

As for the inside, some versions of the 2013 Vanguard come equipped with a push-start ignition, keyless entry, powered mirrors and locks, and a center console with TV display. Other features include air conditioning and steering wheel-mounted volume controls

Safety features include airbags and an anti-lock braking system.

Is Toyota Vanguard One of the Best SUVs on the Market?

Want to know if the Toyota Vanguard is right for you? See how well it matches up against its close cousin, the Toyota Kluger, in our comparison review here.